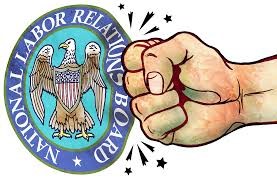 Image via washingtontimes.com
by Jacob Grandstaff

So far, the lower courts remain divided on the issue: the 2nd and 5th Circuit Courts of Appeals have ruled in favor of employers, while the 7th and 9th Circuit Courts have sided with the NLRB.

Justice Kennedy, a moderate who often represents the deciding vote in close cases, told the plaintiffs’ lawyers that even if their clients lose the case, they could still hire the same lawyer to bring a suit against a former employer, even though their claims would be handled individually. He said if class action waivers are banned, it seems rational “for many employers to say, ‘Forget it, we don’t want arbitration at all.’”

The Trump administration finds itself in the curious position of opposing the position of its own NLRB, in part because the term of Obama-appointed NLRB General Counsel Richard Griffin doesn’t expire until the end of October. The government’s original amicus brief filed under the Obama administration in September 2016 sided with the NLRB’s interpretation of the law. In June 2017, however, John Wall—President Trump’s Justice Department’s acting solicitor general—issued his own amicus brief informing the Court that the government had “reconsidered the issue and has reached the opposite conclusion.”

CRC’s Diana Furchtgott-Roth and Hayden Ludwig have shown how statists in the federal government have used the NLRB to push for greater unionization and rules that would make class action lawsuits easier. During his tenure as NLRB General Counsel, Furchtgott-Roth explains, Richard Griffin sought to greatly expand the “joint employer” rule, making large corporations like McDonald’s USA responsible for the labor disputes of local franchises – effectively destroying the ability of individual franchisees to operate as small businesses.

Two groups profit from Griffin’s change in the law. One is unions, because they believe that they will be able to extort McDonald’s USA into requiring unionization as a condition of obtaining a franchise. The other group is the class action plaintiffs’ bar, because lawyers will now be able sue McDonald’s USA rather than a local McDonald’s for any unfair labor practices or any allegations of wrongdoing.

NLRB acting solicitor general John Wall argues that the eight decades of NLRA history are on employers’ side. He and the employers’ attorneys note that it was the Obama administration’s NLRB that tried to expand the reach of the joint employer rule in 2012 by ruling that class action waivers are illegal.

The Trump Justice Department reasons that the issue falls under the 1925 Federal Arbitration Act (FAA), rather than the NLRA. The FAA made private arbitration agreements enforceable by the courts; and in 2011 the Supreme Court ruled that the FAA covers class action waivers in AT&T Mobility LLC v. Concepcion. The NLRB and the employees’ lawyers, however, argue that because the NLRA passed into law after the FAA it takes legal precedence.

But even if the Court held that to be the case, a careful reading of Section 7 of the NLRA shows that the four liberal Justices interpret the NLRA just as they typically interpret the Constitution—very loosely.

Employees shall have the right to self-organization, to form, join, or assist labor organizations, to bargain collectively through representatives of their own choosing, and to engage in other concerted activities for the purpose of collective bargaining or other mutual aid or protection…

This section guarantees current employees the right to organize collectively and engage in It does not at all indicate that former employees may ban together to take collective action against past employers.

Justice Ruth Bader Ginsburg contended during the hearings that “there is no true liberty to contract on the part of the employee” because employees have few options when an employer insists they sign a contract. But employers do not force anyone into employment; neither do they force potential employees to sign away their legal right to file a class-action suit. Both are done voluntarily. Both employer and employee are free agents to contract with whomever they choose and under whatever terms they choose within the confines of the law.

The FAA states that the right to contractual arbitration “shall be valid, irrevocable, and enforceable, save upon such grounds as exist at law.” For instance, the 13th Amendment prohibits someone from contracting his labor in the form of indentured servanthood – just as the NLRA prohibits a worker from entering into a contract that would deny his ability to join a labor union. But Congress has never amended the NLRA to explicitly bar class action waivers. If the broad interpretation of the NLRB stands, it will greatly diminish one of the hallmarks of Western Civilization—the right to contract freely.

If those on the Left opposed to class action waivers want their opinion grounded into law, they should appeal to Congress to expand the NLRA. Appealing to judicial fiat to substitute for legislation only destroys the rule of law.