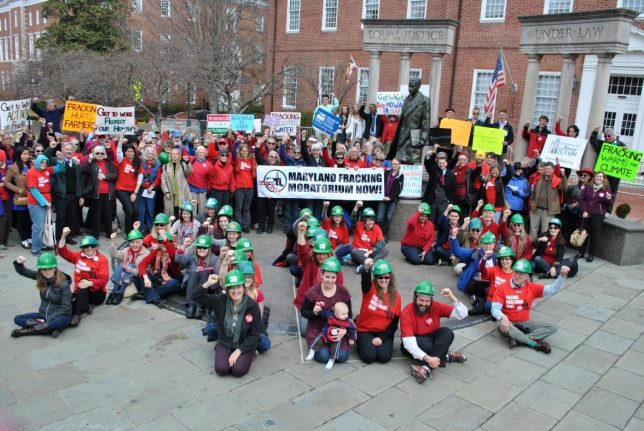 Summary: The vast treasure trove of mineral resources offers a unique opportunity to ensure American national security and prosperity for decades. Why is the federal government standing in the way?

To revive the domestic mining industry, secure supply chains for critical and strategic minerals, and better support the nation’s economy and defense sector, reasonable measures that can be enacted by Congress and the Executive Branch, with an eye to the role of the land management functions at the Interior Department and the Forest Service.

A January 2016 Government Accountability Office (GAO) study titled BLM and Forest Service Have Taken Some Actions to Expedite the Mine Plan Review Process but Could Do More, indicates that better government and industry cooperation would ostensibly shorten review and permitting timelines. The new report offers a positive outlook on this contentious issue.

The U.S. consumes more minerals and metals than any other nation but because of overregulation and snail-pace permitting, ranks seventh in the world in mining output. In a September 2016 GAO study titled Strengthened Federal Approach Needed to Help Identify and Mitigate Supply Risks for Critical Raw Materials, the agency recommended a few changes that might impact this dismal statistic: First of all, the Executive Branch must define the roles and responsibilities of relevant federal agencies and come up with joint strategies to improve mineral access. Then, it should develop a reporting structure that allows all agencies to assess progress on permitting and leasing.

The GAO study also suggested that access to critical and strategic minerals is too narrow a target; especially as the Executive Branch possesses no internal metrics for judging when a resource is critical or strategic. The GAO urged the Executive Branch to engage with industry stakeholders as a way to appreciate ever-shifting private sector needs.

The process of federal land withdrawals also needs to be seriously examined by the Executive Branch and Congress, according to the GAO. A list of 24 federal monuments is now being studied by the Interior Department to determine the advisability of redefining some of their boundaries. An executive order should emphasize the importance of considering mineral resources in any proposed land withdrawal. The executive must also address the need for exploration and resource evaluation on previously withdrawn lands, including immediate access to those lands with critical and strategic mineral deposits for contingency planning.

An opportunity exists for a legislative solution to these issues: The National Strategic and Critical Minerals Production Act (S. 145 and H.R. 520), introduced in January 2017, would “require the Secretary of the Interior and Secretary of Agriculture to more efficiently develop domestic sources of the minerals and mineral materials of strategic and critical importance to the economic and national security and manufacturing competitiveness of the United States.”

A significant part of this bill recognizes the abundance of U.S. mineral resources as well as our increasing dependency on foreign sources of minerals. If passed, the legislation might finally enable an increase in domestic mining and a decrease in critical mineral imports—a great outcome for the country.

Secure access to critical and strategic minerals is a basic prerequisite to maintaining a thriving manufacturing industry, geopolitical strength, and a strong national defense. Decades of unsustainable public policy choices have threatened to turn each of those national strengths into national weaknesses. Currently, the U.S. mineral mining posture is weak from within and import reliant from without.

As recently as 1990, the U.S. was the world’s largest minerals producer. Over the past four decades, as our standard of living and defense industry increased demand for critical and strategic minerals and metals, the U.S. mining industry has fallen into a precipitous decline.

The decline is not related to a shortage of resources domestically but instead by tight-fisted and corrupt policies of the environmentalists and their allies in the government and media. To fight against these powerful special interests, the U.S. must reaffirm its commitment to “conservation” and stewardship by adopting policies that pair environmental protection with reasonable access to mineral resources.

Environmental policies carried out by federal and state governments as described here are seen as foolish by many, especially conservationists. However, the environmentalist cabal that promotes the radical leave-it-in-the-ground agenda has a zero-sum attitude towards mining policy. Consequently, we are engaged in a battle with extremists for the mineral inheritance of all Americans. Alas, at the moment the cabal seems to be winning!

Viewing this battle from afar, the Chinese and their acolytes have positioned themselves to supply all the minerals the U.S. requires. They are secure in their geopolitical mineral strength in part because the U.S. has chosen the dangerous and perhaps fatal path of importing an ever-increasing number of minerals.

The U.S. has chosen the dangerous and perhaps fatal path of importing an ever-increasing number of minerals.

Of course, some mineral imports will always be necessary. However, making use of our abundant domestic minerals according to a conservation ethic would be the best counterweight to the potential instability of international supply chains. Do we really want the Chinese, the Russians, and other adversarial nations providing minerals key to our economy and national defense?

The Trump Administration has been presented with a unique opportunity by the American people to reverse this trend. But President Trump and his cabinet must confront both the internal and external policy threats to America’s mineral independence. Given an effective template to follow—the positive changes wrought by technology in the energy sector—the problem is not as intractable as it once might have been.

Technological breakthroughs that catapulted the U.S. from heavily import-dependent on OPEC yesterday to the world’s largest producer of oil and natural gas today, makes a good analogy to the current mineral import situation. The mining industry, with the help of the Executive Branch and Congress, must emulate the energy sector’s astonishing success.

Meanwhile, our country has maxed out its minerals import credit card and China is the bank.