Strategic Minerals: Prosperity on the Rocks 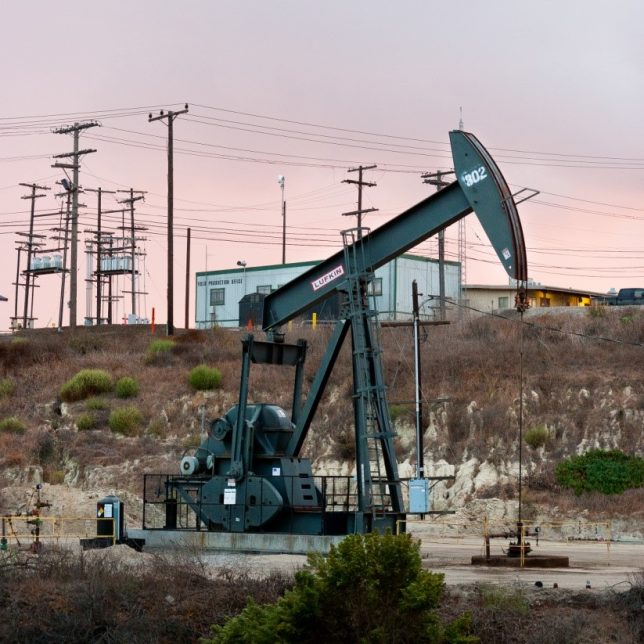 With horizontal drilling and hydraulic fracturing (fracking), the oil and gas industry has prospered in recent years, and their experience offers a lesson for the mining industry. Credit: Erick Gustafson. License: https://goo.gl/WFvBif
by Ned Mamula

Summary: The United States is a treasure trove of mineral resources. Today, however, we’re completely reliant on mineral imports from China and hostile countries – thanks to anti-mining activism and regulatory roadblocks.

Incredible, but true: At the beginning of the 1980s, the U.S. maintained a 100 percent import-reliance on only four lesser minerals. Also, at that time no minerals were imported from either China or the former USSR. Fast forward to 2017 and the U.S. import situation is dire. Now heavily import-dependent on both countries, we have made ourselves vulnerable to mineral blackmail. Indeed, both China and Russia have effectively used their readily accessible mineral resources as a diplomatic and trade weapon in the recent past.

Rare earth elements (REE) are the poster child for mineral import reliance on China. This suite of 17 individual minerals, abundantly common in the U.S., have been referred to as “the vitamins of chemistry.” They exhibit unique attributes like magnetism, stability at extreme temperatures, and resistance to corrosion, to name a few—indispensable properties in today’s manufacturing. REE are essential for military and civilian use, an integral component of high-performance permanent magnets, GPS guidance systems, satellite imaging, night vision equipment, cell phones, iPads, flat screens, sunglasses, and a myriad other technology products.

In 1993, the U.S. produced 33 percent of global REE, China 38 percent, Australia 12 percent, with smaller contributions from Malaysia, India, and several other countries. But by 2011, China had cornered the market, accounting for over 95 percent of the world’s REE production. Molycorp, the last rare earth mining company in the U.S., filed for bankruptcy in 2015.

Today the U.S. is almost 100 percent dependent upon Chinese imports for REE and other minerals. Chinese leader Deng Xiaoping noted in 1992 that “The Middle East has its oil. China has rare earth.” That statement is made all the more ominous today as our reliance on rare earths from China resembles our reliance on OPEC for petroleum imports before the Gas Crisis of 1973. Will the U.S. repeat the pain of gas lines again, only this time with products made from Chinese-embargoed minerals?

The short answer is “quite possibly.” During a recent discussion of rare earths, a defense industry analyst unequivocally stated, “Absolutely, China could cut off the supply.” The same applies to other U.S. imported minerals from China, Russia, and elsewhere.

Also imported from China are two other highly-specialized and very strategic metals: tantalum and gallium.

Demand for tantalum, critical to the economy and national defense has skyrocketed in the U.S. This element is a key component in smartphones, computers, tablets, surgical implants, carbide tools for metalworking equipment, chemical processing equipment, steel alloys for jet engine components, nuclear reactors, and missiles.

Gallium has been called a “smart metal” for its ability to combine with other elements to form a variety of semi-conductors useful in microchips and optical-electronic devices, including smart phones, wireless equipment, medical equipment, solar technology, LED lighting, photodetectors and solar cells.

Although U.S. mineral wealth exceeds an estimated $6 trillion, according to the National Mining Association, many abundant minerals still need to be imported in large quantities because of the policies foisted on the mining industry by the environmental cabal.

Yet with such inherent mineral abundance the U.S. somehow managed to quadruple its mineral trade deficit between 1973 and 1980. This sharp rise in imports is directly connected to the conspicuous reduction of access to federal lands, which in turn can be linked to the rise of the environmentalist movement in the 1970s.

Although U.S. mineral wealth exceeds an estimated $6 trillion, according to the National Mining Association, many abundant minerals still need to be imported in large quantities because of the policies foisted on the mining industry by the environmental cabal.

Environmentalist roadblocks come in many shapes and sizes. They include restricted access to federal and state lands, federal land withdrawals, overregulation, extreme permitting timeframes, and activist legal efforts to engage the courts in shutting down mining operations. As noted above, the federal government’s history of decisions regarding public (and private) lands suggests that policy, not geology, determines whether or not mining will occur.

Together, these factors have added up to a disaster for American mining.

U.S. mining projects require multiple permits. And many, many cooks are involved in the making of this stew: Relevant federal and state land management agencies, nongovernmental groups such as nonprofit organizations, local groups classified as “indigenous,” other government agency stakeholders and the general public usually participate in the process, conducted under the umbrella of the National Environmental Policy Act (NEPA).

Input from all of these groups requires substantial coordination. Mining companies are often forced to alter plans or mine designs, revise timelines and accommodate numerous and varied interests. Poor agency coordination and endless government timeframes usually make the environmental permitting process the lengthiest step in approving a mine.

On average, the NEPA process takes three to five years, often longer. Most mining projects require the most rigorous form of NEPA analysis—the dreaded Environmental Impact Statement (EIS). This is a comprehensive assessment of direct and indirect environmental, economic, and social impacts as well as a consideration of potential project alternatives.

Other major mining countries—think Australia and Canada—have limited permitting processes to roughly two years, even though they maintain environmental requirements no less stringent than our own. In these countries, a reduced permitting timeframe, mated to quality environmental analysis helps stabilize investors’ interest in the national mining industry. But in the U.S., significant delays increase uncertainty for investors and kill the potential development of many otherwise available mineral resources. The National Mining Association describes the problem thusly:

A permitting process that appears to be “bogged down,” and takes longer than projected, increases the risk profile for the project. If investors associate the delay with the increased possibility the project may ultimately not proceed, or the delay will decrease the returns from their investment, they may re-evaluate their financial commitments to the project and withdraw their funds.

The Bear Lodge REE deposit in Wyoming’s Black Hills National Forest offers a telling example of this phenomenon. Developer Rare Element Resources submitted an application to develop a high grade REE resource in 2012. They met with officials at the White House, the Departments of Defense and Energy, and other government agencies.

Despite considerable political support and the exciting promise of a high grade domestic REE supply—half a decade later, the Forest Service has yet to complete the EIS required by NEPA. The project remains stalled and investors have pulled out.

The next installment of “Strategic Minerals” exposes the efforts of the Environmental Protection Agency, anti-mining activists, and the Obama administration to grind mineral mining to a halt.