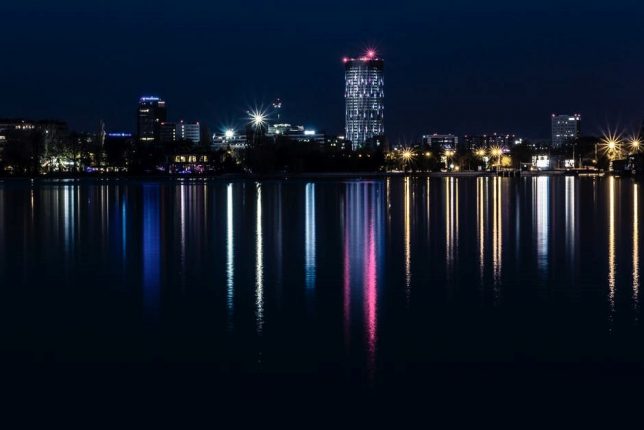 Look, we’re not doing that bad. In the last three years, in all of Europe, no one’s had our economic growth. … People are asking me, “Ţiriac, what’s going on in your country?”

On November 4, 2015, five days after the deadly Colectiv nightclub fire in Bucharest, Romanian Prime Minister Victor Ponta and his administration resigned at the demand of less than half a percent of the country’s population.

Many argued that if “the political class” did not try to hinder the anti-corruption fight, inspectors would not ignore safety violations for bribes, and such tragedies would not occur.

But the anti-corruption fight served as a double-edged sword. One doctor emphasized that he needed help with burn victims. Several of his colleagues had restraining orders because a year and a half earlier, they had used state facilities to run private, plastic surgery operations, which the country’s socialist healthcare system did not cover.

The day after the fire, on October 31, tens of thousands paid their respects at the incinerated club.

On Facebook, activist Florin Bădiță invited more than 8,600 to a march the following evening. The post began with #curuptiaucide (#corruptionkills), which within 48 hours went viral in Romanian social media circles.

Two nights later, nearly 30,000 demonstrators filled Bucharest’s University Square. With chants of “the final solution, another revolution,” they demanded the government’s resignation and parliament’s dissolution. Many openly attacked democracy. Some called for monarchy; others for technocracy.

Claudiu Crăciun, the political science professor and activist whom we introduced previously, joined the protests with his favorite toy: a megaphone. Another “informal leader,” a political science student, told the news outlet HotNews.ro that he wanted “to take down the system.” Crăciun led the protesters to the Minister of Internal Affairs, the Mayor’s Office, and the Romanian Orthodox Patriarchate since it formed part of “the system” that needed taking down. They told police guarding the Patriarchate that they only stopped by to confess their sins and sing a few carols.

The government watchdog program Alliance for a Clean Romania actively promoted the post-Colectiv protests. In 2010, the Romanian Academic Society (SAR), whose founder Alina Mungiu-Pippidi served on the Soros Foundation board, launched the program. In the eight years that CEE Trust issued grants to Romanian NGOs, it had given SAR $360,000—$120,000 of which was earmarked for Alliance for a Clean Romania.

Many Western analysts and journalists criticize Romania for “instability” because it has gone through a dozen prime ministers since the fall of communism. But international philanthropists like Soros contributed to that instability because the youth they funded grew intoxicated with power when they realized that prolonged street demonstrations can force governments to resign.

Many of the protesters’ activist careers, including Crăciun’s, started by protesting the Canadian company Gabriel Resources’ mining and Chevron’s drilling operations. Their activism prevented both operations from providing thousands of poor villagers with better livelihoods than subsistence farming and sheep herding.

“My generation grew up with our parents’ stories about the Revolution and Revolutionary Square,” wrote Luiza Vasiliu. “It was expected that sooner or later, we’d demonstrate together for a cause that we believed in.” Although their parents demonstrated against communism, these hipsters found their cause, demonstrating against capitalism.

One group with which Crăciun worked closely in 2012-13 was Spiritual Militia, which self-described “anarcho-socialist” Mihail Bumbeş founded as a student in 2002.

Bumbeş tried to use his group to imitate the Spanish Indignados movement. But like others’ attempts to create an “Occupy Romania,” he failed. His efforts did not go unrewarded, and the Soros-founded and funded Trust for Civil Society in Eastern Europe (CEE Trust) issued him a $30,000 grant. With it, he conducted a sociological study into what it would take to get youth “to take a stand.” He found that a lack of youth socialization—the basis of street protests—led to apathy. CEE Trust then issued Spiritual Militia another grant of $75,000 for the months of June through September 2013, to target “3,000 students and non-students” to get them socializing. Before CEE Trust’s new cash influx took effect, Bumbeş made a pilgrimage to protests in Turkey to gain a little insight and experience.

Crăciun had himself received an International Policy Fellowship from Open Society Institute Budapest (OSIB) in 2005. “I worked with the Open Society Foundation, as did thousands of others,” he noted, “and I don’t see any guilt attached—on the contrary actually.” His foray into street protests began in 2012 when he discovered his ability to command crowds. Like many Soros-sponsored Romanians, both Crăciun and Bumbeş accuse protest critics, who point to Soros’s financial involvement, of peddling conspiracy theories.

Bădiță is at least honest—if sarcastically so. He preemptively defended his involvement with the Soros Foundation.

I was also at the Soros Foundation at a workshop in 2013 where Soros manipulated me and taught me how to question the state, to find out if a mayor’s office is stealing money or not.

Damn Soros for what he did to me! He turned me into an involved citizen.

Ponta later claimed that he had received information from the Interior Minister and “other sources” of planned attacks on political parties’ headquarters, as well as attempts to spark a revolution like Ukraine’s 2014 EuroMaidan. He argued that resigning trumped having to order security forces to violently suppress a revolt.

Giving up on Democracy

The morning after the resignation, Johannis announced that he would invite a group of representatives from the protests to the president’s Cotroceni Palace. His administration chose 20 out of 5,520, who requested via email to meet. He even promised to meet the protesters in the streets.

When he did, the first to speak with him explained that the only way to fix the country would be to get rid of the constitution.

Despite the objections of parliamentary leaders to its undemocratic nature, Johannis gave in to demands to form a technocratic government until the next elections. He named former European Union Agricultural Commissioner Dacian Cioloș as prime minister. Cioloș had never been part of any political party and had never held elected office.

Drawing from the Soros-founded and funded CEE Trust’s grant database, the newspaper Evenimentul Zilei found that more than half of Johannis’s guests at Cotroceni had connections to NGOs or projects that benefitted from Soros.

Cristian Pîrvulescu, Dean of Romania’s National School of Political Studies and Public Administration compared technocracy to Plato’s belief that only philosophers should rule. He described it as “an ideology of those who hold that political party ideologies are outdated and that there’s one truth that can be imposed.” He noted that “all technocratic governments either lasted very briefly or prepared for dictatorships.”