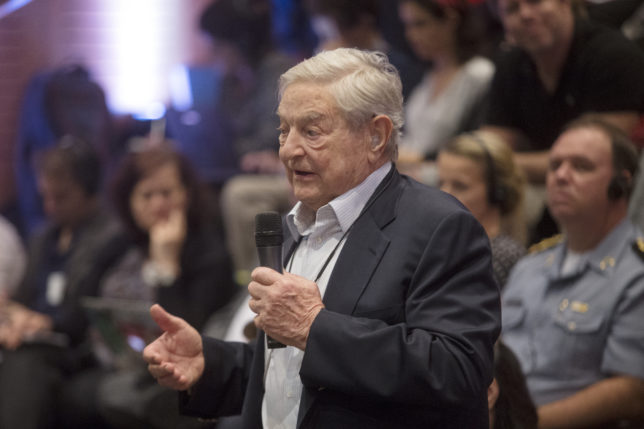 Our research also highlighted the disastrous consequences of the “reforms” these prosecutors implement by choosing to neglect their duties and simply refusing to enforce laws with which they disagree. Abolishing or setting incredibly low cash bail, declining to prosecute petty theft cases, releasing rioters and looters from jail the same day of arrest, and unfairly prosecuting political opponents—Soros-backed prosecutors have peddled in all of the above with disastrous, often deadly, effects.

The crime waves that have overwhelmed Chicago, St. Louis, Houston, and other cities since the elections of Soros-backed prosecutors have been so severe that even the left-leaning New York Times has reported on them and directly attributed them to policies pushed by Soros DAs.

Now, unphased by the disastrous results and unsatisfied with the 37 million Americans (11 percent of the population) that live under a Soros-backed prosecutor, Soros and his allies have stepped forth once again to bankroll a left-wing candidate’s campaign.

Last Friday, local news outlets in Arkansas reported that the Arkansas Justice and Public Safety Political Action Committee (PAC) had recently spent over $100,000 in support of Alicia Walton, a former public defender running for the recently vacated position of prosecuting attorney for the Sixth Judicial District.

The reporters quickly discovered that the Arkansas Justice and Public Safety PAC is funded exclusively by George Soros, who provided the group with a $321,000 donation. It is run by Whitney Tymas, Soros’s consigliere for his left-wing DA funding network.

This is a massive investment for what is normally a low-profile position during election season. The Sixth Judicial District covers Perry and Pulaski Counties, which have a combined population of about 400,000 people and include Little Rock, the state capital.

To give a sense of how big a fish Soros’s cash has made him in a somewhat smaller pond (where he will never live), Walton’s main competitor—Will Jones, a deputy prosecutor for Jefferson County—has raised just $144,000 for his campaign so far, while Walton herself has raised less than $20,000. That makes Soros the largest spender in the race by an enormous margin.

What Is Soros’s Connection to Arkansas?

For the past five years, Soros has inserted his money into local DA elections in dozens of cities, most of which places where Soros has never lived or done business. Why does he care about DA elections then?

The answer seems obvious. Soros and the network of activists amassed around him are idealogues who think they know best. They believe they can create a “better” and more “equitable” way to handle criminal justice, and that they know how to “reform” the system better than the people who actually live under it. When asked why Soros was flooding local DA elections with heaps of cash, Tymas had the audacity to tell reporters that “what we’re really doing is leveling the playing field.”

One would think that after years of disastrous crime waves on the watch of his pet DAs, Soros might reconsider the project. Soros actively funded DA campaigns in Virginia, Philadelphia, and Manhattan during the 2021 election, but his network has remained quiet since. Now that it has resurfaced, it seems almost certain that millions more dollars in funding for radical left-wing DA will follow.

This year Americans will need to monitor their local district attorney and prosecutor elections more than ever to make sure that the prosecutors they elect are accountable to them, the American people, not billionaire donors like Soros.