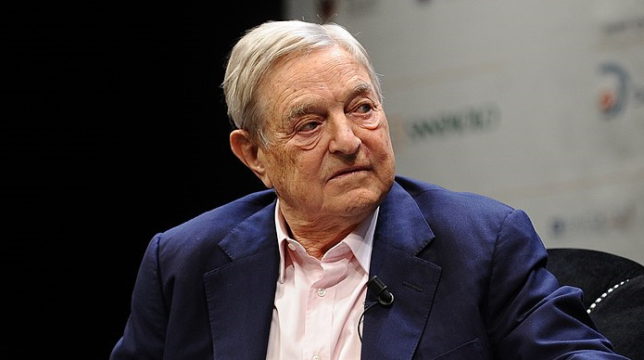 George Soros spends millions of dollars on political contributions each election cycle, and the 2021 election was no different. Combing through news reports and state and federal campaign finance disclosures, CRC has found that Soros spent approximately $3.2 million on political contributions during 2021. This is by no means an exorbitant amount for Soros, but certainly notable for an off-cycle election year.

Where Was Soros Spending?

Gubernatorial Races. Soros was involved in both gubernatorial races. Soros and his son Alexander Soros each gave $4,900 to Phillip Murphy’s successful campaign in New Jersey. Meanwhile, in the much tighter Virginia race, where he became a focal point of controversy for both candidates, Soros contributed $250,000 to Terry McAuliffe, making himself one of the election’s biggest donors.

Soros was involved in other 2021 district attorney races as well. In Pennsylvania, where Philadelphia’s left-wing district attorney Larry Krasner won reelection, Soros contributed $259,000 to the Pennsylvania Justice and Public Safety PAC, which spent every penny buying ads for Krasner. Soros was also active in New York elections, where he contributed $50,000 to People’s Action Power and $72,000 to the New York Justice & Public Safety PAC. These contributions likely supported Alvin Bragg, the newly elected Manhattan district attorney, who was also endorsed by the Color of Change PAC after Soros contributed $1 million to the group in May 2021.

Texas Ballot Initiative. Soros funding appeared en masse in Texas as well, where reports indicate that Soros spent large sums to ensure that the Austin Police department remained defunded. In October, Soros gave $500,000 to the Equity PAC, a group that ran the No Way on Prop A campaign, which opposed a ballot measure that would have required the city of Austin to hire additional police officers in response to a crime wave that has hit the city since the election of left-wing district attorney, Jose Garza, whom Soros also helped get elected.

National PACs and the DNC. Outside of state elections, Soros was an active donor to national PACs as well. Soros gave many thousands in smaller annual contributions to various Democratic congressional candidates and generously donated to PACs not affiliated with specific candidates. As mentioned, Soros gave $1 million to the Color of Change PAC and $102,000 to his Democracy PAC. Mostly, Soros funding bolstered the weakened Democratic Party. Federal Election Commission (FEC) records show that Soros gave $473,000 to the Democratic National Convention (DNC) and $250,000 to the Democratic Senatorial Campaign Committee (DSCC). Apparently, Soros’s booster shot of funding did the Democratic Party little good, since Republicans made astonishing gains in the 2021 elections across the country.

Did Soros Anticipate a Red Wave?

During 2021, George Soros has spent at least $3.2 million on political contributions, giving unusually large sums to seemingly minor district attorney races while remaining a pillar of funding for the Democratic Party and key gubernatorial races. This contrasts with other off-cycle election years like 2017, when Soros gave just $2.2 million according to FEC records.

(Click here for the table in an Excel file with sources.) 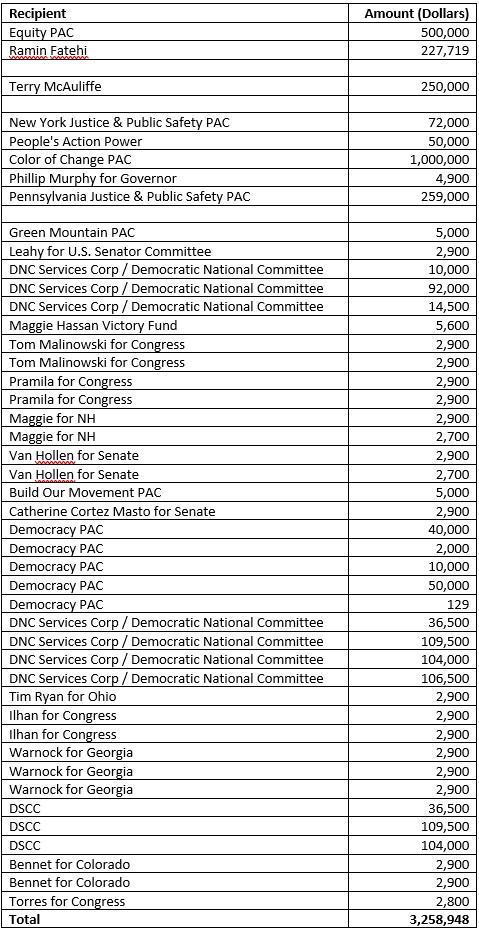