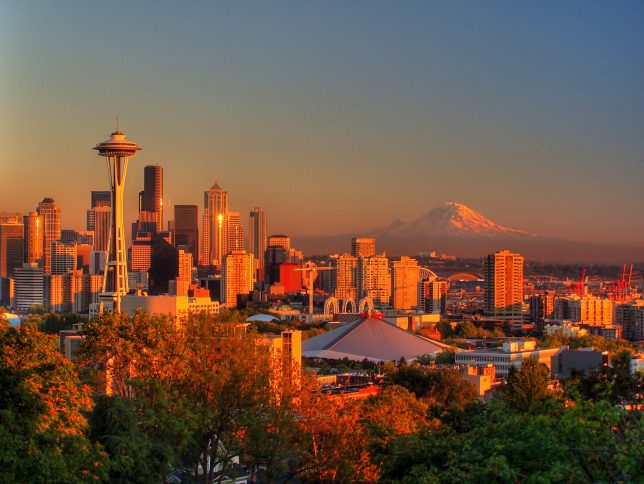 In a vote this week, Seattle’s City Council voted to repeal the employee hours tax it passed last month. Better known as the “Amazon jobs tax” or “head tax,” the measure imposed a tax of $275 per full-time employee on companies in Seattle grossing over $20 million dollars a year—quite literally a tax on jobs. Amazingly, the Council’s initial proposal was even worse: A $500 tax per employee.

This economic illiteracy provoked a threat from Amazon to halt planned expansions in the Emerald City. Now, the City Council has had an epiphany. After unanimously passing the tax, the governing body flipped, voting 7-2 to repeal it. This is good news, and not just for businesses, but also for working Seattle citizens whose employment status suddenly became an extra tax liability for local grocery stores, construction companies, and even the Seattle Times.

Credit for the repeal goes to No Tax on Jobs, an organization formed by citizens immediately after the tax passed city council. (The group admits its funding comes from some of Seattle’s largest companies—Amazon, Starbucks, and Kroger.) The group’s initiative to put a repeal of the head tax on the November ballot stood a good chance of success. The group quickly garnered enough signatures for a veto referendum: Needing only 18,000 signatures, the group collected nearly 46,000.

Even though the council begrudgingly did the right thing, members still tried to insist that the proposal was misunderstood and would have done much to combat Seattle’s well-documented homelessness crisis. Councilwoman Kshama Sawant—as of the time of writing, America’s only openly Trotskyist elected official—defended the head tax; her colleague, Councilwoman Lisa Herbold, went so far as to blame the public for turning against the tax: “The Chamber of Commerce has convinced the vast majority of Seattleites of the old, conservative trope, that the increased level of human suffering in this city is caused by government inefficiency.”

However, the public seems more informed than she and Sawant would like. At the special meeting, citizens held signs with a fair question: “Where Has Our Money Gone?” The city has already set aside $50 million to address homelessness and has little to show for it. The council admitted that it will be more constructive in the long-run to come up with a plan to actually solve the crisis before slapping businesses with more taxes that would likely decrease employment by reducing the number of jobs and businesses operating in the city.

A local Japanese grocery store called Uwajimaya—hardly the corporate enemy Councilwoman Sawant envisions when she talks about Amazon—also voiced concerns about how the tax would affect its business. It’s all well for City Council to pass a tax to help the homeless, but the effect of taxing a company on its gross profits doesn’t consider the fiscal reality of businesses that operate on a thin margin. An economic impact study commissioned by the Seattle Metropolitan Chamber of Commerce found that the tax could end up costing the city through lost economic activity and slowed job growth should the tax push companies out of the Emerald City.

For now, the city’s businesses can breathe a sigh of relief. Hopefully, constructive conversation about the city’s homeless crisis will address factors that directly contribute to the problem—like the city’s archaic zoning policies. Until then, any alternative to the tax will be political bloviating at best or thinly veiled anti-capitalist animus at worst.

Nonprofits and Journalism Update: The 1619 Project