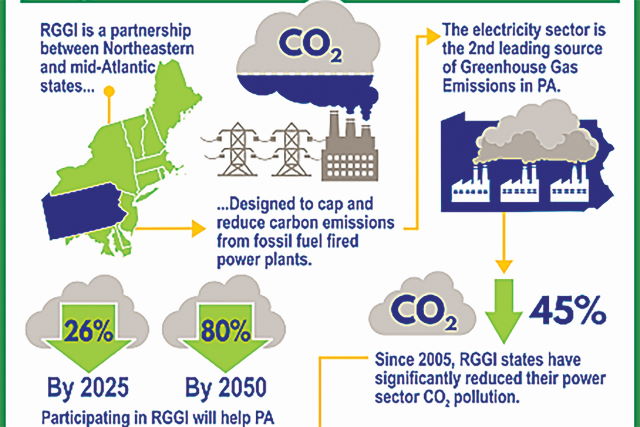 On his first day in office January 15, Youngkin signed several executive orders, including one to “reevaluate Virginia’s participation in the Regional Greenhouse Gas Initiative (RGGI) and immediately begin regulatory processes to end it.”

There are currently 11 Northeast and mid-Atlantic states participating in the multistate climate change agreement, widely known as RGGI, built around “cap-and-trade” regulations that limit carbon dioxide emissions. Virginia is both the newest member of RGGI and the first Southern state to join the climate change pact. Former Gov. Ralph Northam (D) had Virginia enter RGGI in 2020 after he received approval from the General Assembly. Democrats controlled both houses of the legislature at the time—and there’s a twist.

When Republicans held majorities in the Virginia House and Senate in 2018, Northam sought to bypass the General Assembly along the way to joining RGGI. Northam even vetoed a bill from then-Del. Charles Poindexter (R) that would have prohibited the governor and any state agency, especially the Air Pollution Control Board, from entering into RGGI or creating any similar program that involved cap-and-trade regulations without legislative approval. At the time, Craig Rucker, executive director and co-founder of the Committee for a Constructive Tomorrow (CFACT), joined with Poindexter and other lawmakers to express concern about the power Northam’s actions could potentially give to “unelected regulators” at the expense of Virginia residents and to the detriment of constitutional limited government.

“I didn’t think it was healthy for our democracy to have this change implemented administratively by individuals who do not have to stand before the voters,” Rucker said in an interview. “RGGI has led to higher energy costs that impact Virginia’s ability to compete with other states. We need to get out.”

The constitutional arguments against executive action on RGGI fell by the wayside when the Democrats gained control of the Virginia House and Senate in the November 2019 elections. The state became a full participant in the climate change pact beginning in January 2021 with the blessing of Democratic lawmakers. But with Donald Trump off the ballot and President Joseph Biden’s low approval ratings sinking Democrats in the midst of high energy prices and inflation, political momentum is shifting against costly green energy schemes.

Youngkin, a former executive at the Carlyle Group equity firm, defeated former Gov. Terry McAuliffe (D) in Virginia’s November 2021 election to succeed Northam. (Virginia governors are barred from serving consecutive terms.) Youngkin wasted no time in moving against RGGI, not just with the executive order, but also with budgetary changes and several pieces of legislation that would terminate Virginia’s participation.

But more is at work in Virginia than just RGGI to create political liabilities for elected officials who have saddled their constituents with costly regulations. After taking full control of the state government, Democrats implemented their own version of the Green New Deal in 2020 known as the Virginia Clean Economy Act (VCEA), which calls for phasing out fossil fuel power generation by 2045. The Green New Deal refers to congressional resolutions introduced in 2019 at the national level by Rep. Alexandria Ocasio-Cortez (D-NY) and Sen. Ed Markey (D-MA).

While the Green New Deal clearly inspired Team Northam, new polling released through the Thomas Jefferson Institute for Public Policy, a free market think tank, indicates Virginia voters have soured on Green New Deal–type schemes. When registered voters were asked about the energy restrictions and costs associated with Virginia’s Green New Deal, 64 percent of the voters said they were opposed to the plan. When they asked about the prospect of “paying a new tax on their monthly bill to cover participation in a carbon cap and trade program” that is central to RGGI, 73 percent of voters said they were opposed to the taxes.

In the next installment, “clean energy” initiatives are neither clean nor green. 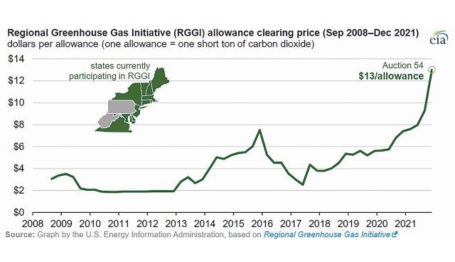