Political and Policy-Oriented Giving in the Post-Citizens United World 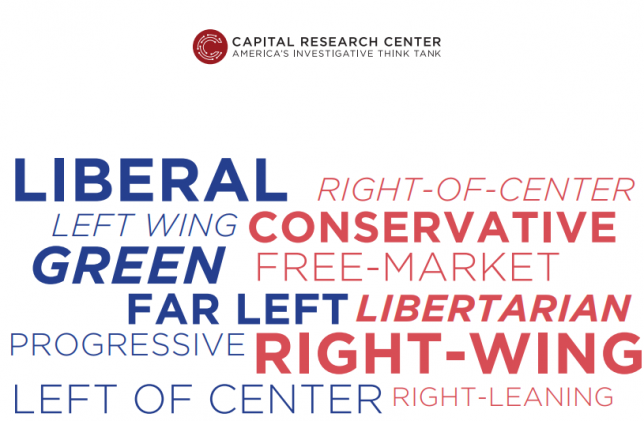 January 2010’s much-maligned U.S. Supreme Court decision in Citizens United held it unconstitutional to limit donations supporting independent political expenditures, provided that they are not formally coordinated with any particular candidate’s campaign. Citizens United and related cases spurred creation of many new organizations to influence politics and inform policy. It is widely considered to have transformed political spending. Did it similarly change giving to traditional nonprofit public-policy organizations under Section 501(c)(3) of the IRS Code, shifting support of those organizations to the new independent political groups?

A new report from the Capital Research Center (CRC), The Flow of Funding to Conservative and Liberal Political Campaigns, Independent Groups, and Traditional Public Policy Organizations Before and After Citizens United, looks at this question. The study, which has been hailed as “unprecedented” by RealClearPolicy, uses data reported to the Federal Election Commission (FEC) and compiled by the National Institute for Money in State Politics (NIMSP) to compare reported receipts of political campaigns during the two full two-year election cycles before the decision with those during the two full two-year election cycles afterwards. It finds that this direct spending on politics increased overall, though not for Democrats from that first set of cycles to the second.

Reported spending by independent groups also increased after the decision, of course, according to FEC and NIMSP data.  Relying on Center for Responsive Politics (CRP) categorizations of the FEC data, conservative independent groups spent more than liberal ones on the federal level. Reported independent-group spending was far less than that spent directly on campaigns.

To try getting a sense of that which occurred to funding of traditional policy-oriented nonprofits after the decision, CRC created a list of such organizations on the basis of those funded by top conservative and liberal foundations — then summed the receipts of those groups in 2006, before Citizens United, and 2014, after the decision. Based on these crude, one-year “snapshots” of receipts, support for these policy-oriented nonprofits increased appreciably, and totaled much more than that for either political campaigns directly or independent groups. The case does not seem to have had the effect of allowing displacement of support for these kinds of groups by support for the new independent political groups.  In 2014, moreover, total receipts of the liberal policy-oriented nonprofits exceeded those of the conservative ones by a more than three-to-one ratio.

The ramifications of what might be occurring to, and in, these three different funding flows – especially the third one – will be discussed at a CRC event at the National Press Club (Murrow Room) on Wednesday, February 28, 2018, from 11:30 a.m.-1:00 p.m.

Get your panel invitation here