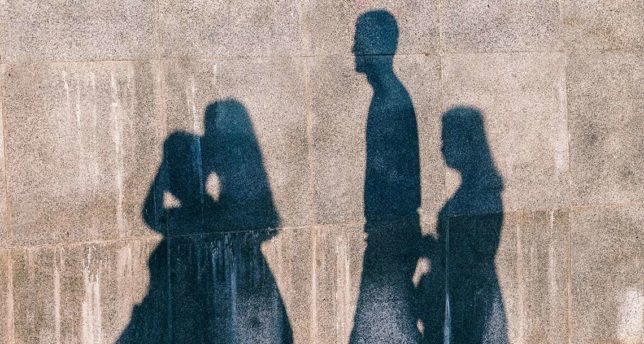 There’s a global war on the people of Africa, India, and Asia, and it’s funded by American taxpayers—and philanthropists.

The project is called Family Planning 2020 (FP2020), a campaign devised at the 2012 London Summit on Family Planning by the British government, United Nations, and Bill and Melinda Gates Foundation.

FP2020 has a clear objective: extending “reproductive health and rights” to 120 million people in poor countries by the end of this year. While that goal includes arguably less controversial things such as birth control and education for girls, FP2020 also aims to loosen abortion restrictions overseas.

Making pregnancy safer and reducing violence against women are laudable targets. But there’s an anti-human attitude driving Family Planning 2020 that considers people expendable and even undesirable. It’s the legacy of the population control policies pushed by Progressives in the last century, when the Left openly advocated for eugenics, white supremacy, and forced sterilization.

Now the Left has a better name for them: “family planning.”

(Not) Born in the USA

One pillar of FP2020 is the “right to reproductive self-determination,” which the campaign defines as the right of “individuals and couples [to] choose whether, when, and how many children to have.”

That’s strikingly similar to the message promoted decades ago by the Population Council, eugenicist John D. Rockefeller III’s “solution” to supposed world overpopulation. In fact, the term “family planning” dates back to the 1950s.

I’ve documented how this anti-population cabal funded a 1967 Disney cartoon warning kids about overpopulation, particularly in India and Asia. The film’s answer to too many babies: family planning, which will allow couples “to decide in advance the number of children [they] will have and when they will have them.” “You can have only the children you want,” the film triumphantly concludes, “and only when you want them. That’s what family planning can mean to you.” Does that sound familiar?

The Population Council funded the American Eugenics Society for over two decades, and its draft mission statement sought to create conditions such that “parents who are above the average in intelligence, quality of personality and affection will tend to have larger than average families.” That’s eugenics 101.

Little wonder that the Population Council is a key supporter of Family Planning 2020—they share the same misanthropic beliefs.

FP2020 is well funded, too. In 2017, the project spent $3.8 billion on “family planning,” of which $475 million came from the U.S. government and American foundations. In 2018, support from America rose to $631 million, according to FP2020’s latest annual report. Much of that federal funding was awarded under the Obama administration for future payout.

Shamefully, FP2020’s abortion program is supported by the U.S. Agency for International Development (USAID)—the federal agency responsible for delivering foreign aid—to the tune of $14 million, meaning your tax dollars are supporting its leftist agenda in the name of humanitarian “development.” The funding was awarded to the United Nations Foundation (UNF), a U.S.-based charity that collects donations to support the work of the United Nations.

USAID has similarly awarded nearly $1 billion over the past decade to Pathfinder International—a population control funder founded in 1957 by eugenicist Clarence Gamble to push—to fund abortions in Africa, Asia, and Latin America.

That’s particularly outrageous considering that in 2017 President Donald Trump reinstated the Mexico City Policy—the ban on federal funding of groups that perform abortions overseas—shortly after taking office in 2017. This led to axing $75 million in U.S. funding for the U.N. Population Fund, the U.N. agency responsible for population control in poor nations. The U.N. Population Fund is closely aligned with FP2020.

FP2020 also gets hefty checks from the usual suspects in the abortion-on-demand camp. The International Planned Parenthood Federation, the global affiliate of Margaret Sanger’s abortion giant, is a coalition member. So is the Guttmacher Institute, Planned Parenthood’s research wing.

It’s also supported by Marie Stopes International, one of the biggest abortion providers overseas and decidedly “unapologetic” in its defense of “a woman’s right to abortion.” Bloomberg Philanthropies—the personal foundation of Democratic presidential hopeful Michael Bloomberg—is also a supporter, and it committed $610 million to “family planning” at the original FP2020 summit in 2012.

Since that 2012 summit, the William and Flora Hewlett Foundation has given nearly $12 million to UNF, FP2020’s sponsor. Grant descriptions earmark the funds for projects involving “reproductive health” and “advocacy.” Similarly, the left-wing David and Lucile Packard Foundation has granted $4 million to UNF since 2001 for projects involving “population and reproductive health.”

But the Gates Foundation—the philanthropy of Microsoft founder Bill Gates and his wife, Melinda—is almost certainly the largest foundation behind FP2020, granting a staggering $127 million to the UNF between the campaign’s creation in 2012 and 2017. FP2020 even credits the Gates Foundation as a “core partner” on its website. (The Gates Foundation is a longtime UNF donor, giving an impressive $231 million between 2001 and 2017, mostly for “family planning.”)

Bill and Melinda Gates have a longstanding commitment to aborting impoverished Africans in the name of “philanthropy.” In 2017, they announced their foundation would spend $375 million over four years on “family planning” centered on African countries—that’s on top of the $1 billion it promised in 2012, at the start of FP2020.

So how close is FP2020 to accomplishing its original goal?

According to the campaign, 53 million more women and girls are using birth control since it began in 2012 (the original target was 120 million), preventing 119 million “unintended pregnancies,” 21 million “unsafe abortions” (what that means is unclear), and 134,000 maternal deaths.

Naturally, FP2020 plans to continue well after 2020 ends—and with billions of dollars in funding, why shouldn’t it? If the radical Left takes power in America, expect to see more of your tax dollars go to supporting its anti-life agenda.