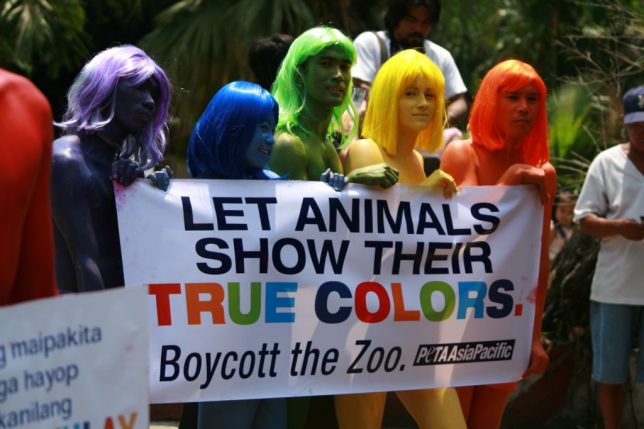 Never let it be said that PETA put the “ethical treatment of animals” before a juicy story.

People for the Ethical Treatment of Animals (PETA) is already notorious for skirting the edge of the law when it targets companies for “undercover investigation,” but one company refuses to take its antics sitting down. In March 2018, PETA released an exposé supposedly detailing a train of abuses by pet retailer PetSmart sourced from long-time PETA informant Jenna Jordan. According to the group, store managers at multiple PetSmart locations in Florida and Tennessee “repeatedly refused to provide sick, injured, and dying animals with veterinary care in order to ‘keep costs down’ so that they would receive [pay] bonuses.” PETA operatives detailed neglect by employees in feeding, watering, and treating animals’ injuries and disease, leading to an investigation by the Metro Nashville Animal Care & Control. Three store managers pleaded guilty to charges of cruelty to animals and were fined over $16,000 to cover veterinary expenses.

A smashing success for animal rights activists, right? Not quite.

On June 25, PetSmart pushed back with a lawsuit directed against Jenna Jordan, the former PetSmart employee who failed to disclose her paid affiliation with PETA. Jordan’s “years-long pattern of secretive, criminal conduct [was] intended to damage PetSmart and its employees” in line with “PETA’s militant philosophy and tactics,” the lawsuit claims.

“Jordan knew or reasonably should have known that PetSmart would not have extended an offer of employment to her if she had not misrepresented the truth regarding her past employment and affiliation with PETA,” according to PetSmart. Instead, Jordan is accused of lying to PetSmart in her employment contract by claiming that she had no such connections.

And this isn’t the first time Jordan has perjured herself on a job application by failing to disclose her position as a PETA operative paid to take photographs and video. In 2015, she was fired from her job with a Florida zoo after it learned she was heading an undercover smear job there. Oops. (PETA later used her content to attack the zoo with a “successful media campaign [resulting] in significant donations” to PETA, according to PetSmart lawyers.)

PetSmart’s case certainly bears merit, but what about the evidence Jenna Jordan gathered in its store concerning animal cruelty? That, too, is questionable.

PetSmart employees are required to sign a Pet Care Acknowledgement form obligating them to provide the “highest standards of care” and veterinary attention to the store’s pets—regardless of the cost. Jordan had signed the form, and she later signed an agreement which acknowledged: “I understand that cost is not a valid reason to avoid vet care.”

Despite Jordan’s declaration to law enforcement that a sick parakeet and injured hamster were deliberately left untreated by store management, she was required by company policy to seek immediate veterinary care at any cost. PETA then took her illegally recorded video and audio and allegedly “spliced” it together into a video accusing the company of abusing its animals.

In other words, Jordan—with PETA’s knowledge—intentionally neglected care for the suffering animals and withheld reporting it for six months in order to cast PetSmart as a villain.

PETA’s video prompted an investigation into the Florida store by the state Fish & Wildlife Commission, which concluded that the company had committed no wrongdoing. Nevertheless, PETA (which is not a party to the lawsuit) has indicated its support for Jordan. As PETA senior media liaison Catie Cryar put it, “We know what was seen inside PetSmart would be upsetting to anyone who cares about animals.”

The lawsuit sheds light on the workings of a radical organization more interested in spreading its animal liberation ideology than actually helping animals. But this isn’t the first time PETA operatives have targeted PetSmart. The group has spent the last few years tracking every isolated incident at some 1,500 PetSmart stores in order to manufacture a tale of heartless abuse by the retailer. In June, it called for a boycott of the company and its newly acquired online store, Chewy.com.

It’s all part of the group’s goal to abolish the practice of “pet ownership by any means necessary”—a position PETA founder Ingrid Newkirk has expressed multiple times since the organization’s creation nearly 40 years ago. After all, Newkirk believes that “pet ownership is an absolutely abysmal situation brought about by human manipulation.” However, the lawsuit concludes, the campaign against PetSmart is just the latest battle in PETA’s war on pets—and it won’t be the last.