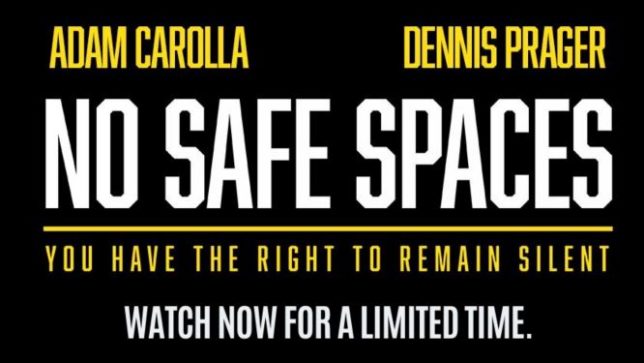 Our feature film “No Safe Spaces” is now available for you to watch at home!

Starring Dennis Prager and Adam Carolla, this film chronicles how the Left attacks free speech on America’s college campuses and, increasingly, in society as a whole.  Rush Limbaugh calls it “a serious attempt at exposing the rot permeating our culture.”

So if you weren’t able to see “No Safe Spaces” in theaters, you can check it out right now.  Please click here to order your copy online, or receive a DVD: nosafespaces.com/watch-now/.

The Hollywood Reporter recently covered the film’s release and our ongoing issues with the MPAA Ratings Board, which gave our family-friendly film a PG-13.

In addition, the film has been adapted into a book which is available now! Edited by Dennis Prager and Mark Joseph, with a foreword by Adam Carolla, the book adapts the film, providing an early way for would-be viewers to “see” our movie. But even for those who have already seen it, the book expands and elaborates on America’s free speech crisis, providing more detail than a 90-minute film can offer, and it also includes exclusive content from interviews recorded for the film with Jordan Peterson, Dave Rubin, Alan Dershowitz, and more. 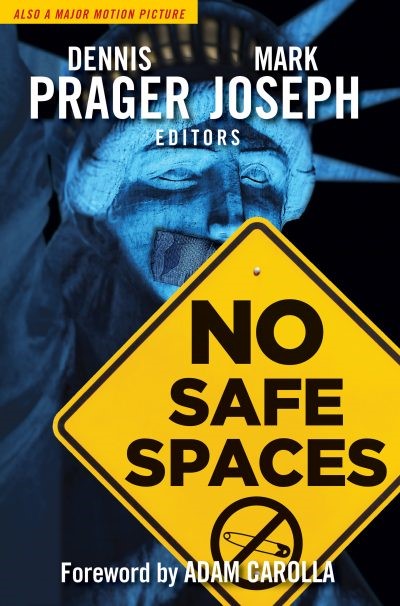 In No Safe Spaces, comedian and podcast king Adam Carolla and radio talk show host Dennis Prager travel the country, talking to experts on the Right and Left, touring college campuses and examining their own upbringings to try to understand what is happening in America today and what free speech in America should look like. 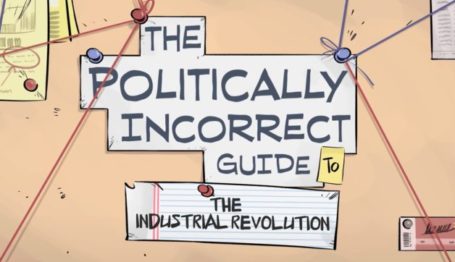