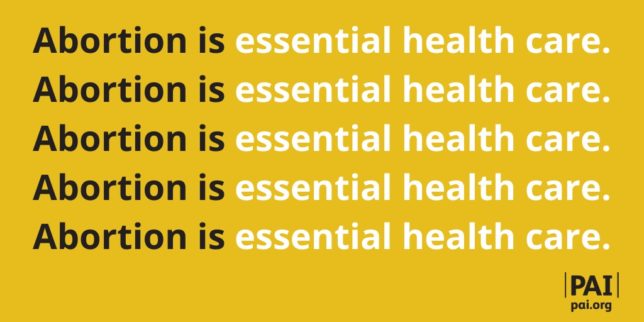 Few would consider aborting poor African babies an act of philanthropy—literally “man-loving” in Greek—yet American foundations are spending hundreds of millions of dollars on the practice in the name of charity.

Population Action International (PAI) is one of the lesser-known nonprofits pushing abortion on demand in the Third World, but with $15 million in 2018 revenues the group is hardly small. PAI has its roots in the population control hysteria of the 1960s, when it was founded as the Population Crisis Committee. The name recalls the era that produced Paul Ehrlich’s book The Population Bomb predicting the imminent starvation of billions worldwide due to overpopulation in India and elsewhere. (In fact, Ehrlich took the name of his book from a pamphlet written in 1954 by Population Crisis Committee co-founder and Dixie cup inventor Hugh Moore.) A 1995 document from the Justice Department’s website describes the Population Crisis Committee’s goal as pursuing “public policy research and action to slow world population growth.”

Since Ehrlich’s doomsday prediction was published, the Earth’s population and average GDP have doubled, poverty has declined from 60 percent of the global population to less than 10 percent, and world hunger has shrunk by 216 million people since 1992. There is not—and never has been—an overpopulation crisis.

Yet far from packing up, most of these population control groups have reinvented themselves as champions of human rights in poor countries, a cover for policies meant to reduce the number of Asians and Africans in the world.

As I’ve written, one of the largest foundations in America is also one of the biggest funders of abortion overseas: the Bill and Melinda Gates Foundation, which gave PAI $11 million in 2018—or 76 percent of its $15 million budget for the year.

Multiple grants to PAI indicate the intent to “document the impact of the Global Gag Rule restrictions on family planning and develop strategies to mitigate its impact.” The Global Gag Rule is the pro-abortion Left’s name for the Mexico City Policy, a ban on federal funding of overseas abortions first put in place by President Reagan. Later Democratic and Republican administrations have alternately rescinded and reinstated the policy, with President Trump restoring the ban in early 2017.

From 2009 to 2017, the Obama administration funneled $257 million to the United Nations Population Fund, one of the biggest population control groups in the world—and PAI wants to spend more. The group runs an attack website labeling the ban a “monstrous policy” and demanding the Trump administration reinstate funding of the UN Population Fund and label abortion a “human right.”

Of course, this is just the latest iteration of a century-old ideology—environmentalism—which views people as pests and abortion as the pesticide to keep their numbers under control. Social engineering socialists, eugenicists, and white supremacists—the predecessors of today’s “Progressives”—advocated for forced sterilization of “inferior” people and racial hierarchies to curb the population growth in Africa and Asia.

Naturally, these un-humanitarians market their policies under more appealing names—such as “family planning,” which was conceived by Margaret Sanger and her allies to serve as a euphemism for population control, or labeling abortion as a women’s health issue. The labels may have changed, but population control was Progressive then, and it’s Progressive now.

Hayden Ludwig Talks “Creation Care” on From the Stacks