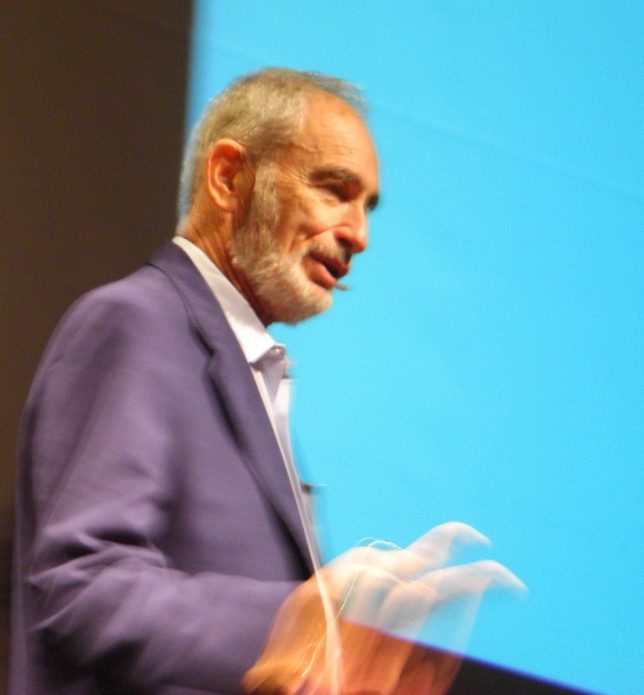 Remember when the world ended in 1985? Neither do I.

That was a prediction made by biologist Paul Ehrlich in 1970, who warned in a CBS interview that “[m]ost of the people who are going to die in the greatest cataclysm in the history of man have already been born. Sometime in the next 15 years, the end will come.”

Ehrlich evidenced his apocalyptic claims in his 1968 book, The Population Bomb, warning of imminent human starvation and ruination on a global scale. Famine would prevail, diseases would sweep whole continents, social upheaval would spread—that sort of thing.

It’s worth noting that the world population when Ehrlich made his claim was just under 3.7 billion people; by 1985 it had risen to 4.85 billion. Today it stands at around 7.4 billion people.

Ehrlich’s warnings about the Earth’s incapacity to provide ample resources to a growing human population was quietly refuted even as the world population doubled in less than five decades. World hunger has declined by 216 million people since 1992; world poverty has declined from roughly 60 percent of the Earth’s population to 9.6 percent in 2015; and the world average GDP per capita has doubled from $5,165 in 1970 to $10,418 in 2015.

The Population Bomb was doomsday-prophesying at its worst. Ehrlich himself was ridiculed as a “neo-Malthusian,” referring to the warnings of the 19th century British scholar Thomas Malthus, who warned that population growth was outpacing growth in food production.

Yet the book spurred a wave of panicked hand-wringing in the social re-engineering world. As science journalist Charles C. Mann writes in Smithsonian,

The International Planned Parenthood Federation, the Population Council, the World Bank, the United Nations Population Fund, the Hugh Moore-backed Association for Voluntary Sterilization and other organizations promoted and funded programs to reduce fertility in poor places [read: the developing world].

That resulted in “horrific” population-control programs, Mann writes—mandating the use of contraceptives, sprinkling birth control pills across rural villages via helicopter, fixing healthcare workers’ salaries to the number of IUDs they inserted into women, and sterilizing millions of people (often forcibly).

That culminated, of course, in communist China’s infamous “one-child policy,” which involved forced abortion and contraception use. As it turns out, enforcing population stabilization is a brutal business—something American foundations that fund such activities are curiously loathe to admit.

Take the Hewlett Foundation, for example, which claims to be concerned with “reducing unsafe abortion.” During a 2009 interview, Hewlett’s then-Population Program Director Sara Seims sneered at what she termed “American anti-choice organizations”—in other words, groups that oppose abortion-on-demand.

But as CRC president Scott Walter noted in 2013: “If she’s ever criticized the anti-choice organization known as the Chinese Communist Party, I can’t find it.”

In the August 2015 edition of Green Watch, CRC vice president and chief investigative officer Dr. Steven J. Allen identified The Population Bomb as one of “the books that begat ‘Big Green.’” And while Paul Ehrlich was one of the first to sensationalize overpopulation theories, Dr. Allen noted, they had their roots in an earlier pseudo-scientific theory: eugenics. According to Dr. Allen:

The eugenics movement—spearheaded by scientists, and widespread in America and Europe in the early decades of the twentieth century—called for selective breeding of humans and for the sterilization of “undesirables” such as habitual criminals, people with disabilities, and mountain folk (“hillbillies”).

If Ehrlich’s warning touched off any “bomb,” it seems, it was one of government-induced infanticide and sterilization on an unprecedented scale.

But Ehrlich seems unfazed. As he mused in a 2009 interview, “Perhaps the most serious flaw in The Bomb was that it was much too optimistic about the future.”