New study shows liberals spend more than conservatives on political nonprofits by nearly a four to one margin. 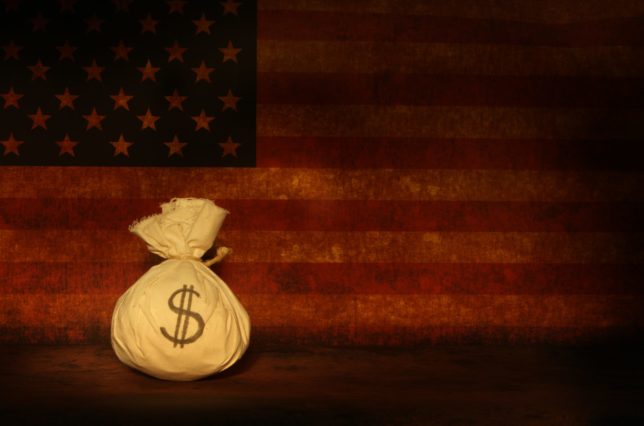 Conventional wisdom tells us that conservatives, traditionally the partners of big money corporate donors and shadowy dark money funds, still have vast sources of wealth they use to fund their politicians and think tank networks. Liberals, by contrast, are largely grassroots organizers and activists who must constantly fight against money in politics. Besides big names like George Soros, the American left does not have a plethora of philanthropists and nonprofit networks with large financial support.

Today, that conventional wisdom couldn’t be further from the truth. It is based on an outdated notion inherited from the days of Reagan and the Bushes, when conservatives and libertarians were launching numerous think tanks in the mold of the Heritage Foundation and the Cato Institute while liberals were trailing far behind in the arms race for control over the public policy research industry.

Even a cursory look over the ever-expanding list of Washington think tanks and advocacy groups shows that social liberalism is by far the dominant ideology in the public policy universe. A recent update to a 2014 Capital Research Center report on this question has found that liberal nonprofits have only increased their financial advantage over their conservative counterparts since then.

The method for calculating these figures is not complicated. We looked at the 2018 Form 990 tax filings of five of the wealthiest liberal and five of the wealthiest conservative private foundations. We copied down the names of public policy groups that received grant money from the foundations while excluding the grants to museums, schools, and organizations of that nature. We did this to establish sample lists of nonprofits from both political camps.

Our study focused on the 501(c)(3) funding stream because it is by far the biggest, and an analysis of it more clearly maps the greater landscape of money in politics. Other major policy groups, such as Issue One and the Center for Responsive Politics, have published comprehensive reports on 2018 election spending and the funding of 527 political party/PAC and 501(c)(4) groups.

Total election spending in the 2018 midterms surpassed $5.7 billion, making it the most expensive midterm ever, according to the Center for Responsive Politics’s OpenSecrets.org. Democrats outspent Republicans on party committees, outside groups, Senate candidate campaigns, and House candidate campaigns by over $450 million. The largest spending disparity was in House candidate races, in which Democrats spent $300 million more than Republicans.

Expenditures by the liberal 501(c)(4) group Majority Forward reached $41 million, more than half of the 2018 total. Meanwhile, the U.S. Chamber of Commerce backed away from its conservative recipients, spending only $12 million in 2018 compared to the $35 million it gave in 2014. This follows a wider trend in the Chamber’s behavior, whose leadership has explicitly stated its intentions to back away from the increasingly populist members of the GOP. After the January 6 Capitol riot, many corporations have followed suit.

A revelation like this should overturn the entire discourse on money in politics—but don’t count on it. Democratic politicians like Sen. Sheldon Whitehouse (D-RI) still hammer on about armies of billionaire-funded conservative groups dominating the political landscape, referring to that historical specter as a vast right-wing conspiracy haunting Washington’s policymaking. The truth is that Washington’s policies are still dictated by corporations and wealthy finance capitalists, but this is now facilitated largely through the institutional left.

The center of power lies squarely with progressive liberal foundations that, through their funding of think tanks and lobbying groups, shape our national discourse, choose which foreign policy objectives Congress and the media will focus on, and decide what economic system the country will uphold. Gone are the days of cigar-chomping industrialists funding a free-market capitalist regime. The scene today is tech executives and hedge fund managers building a new aristocracy of monopolies upheld by economic regulations and obscured by the trappings of progressive rhetoric. Wherever the money goes, mainstream opinion and culture will follow.

This article originally appeared in the American Conservative on May 25, 2021.