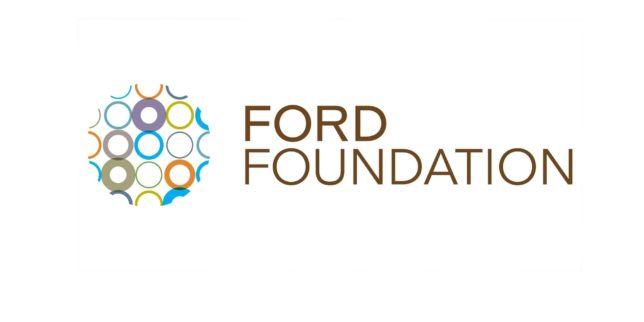 If the proposals underpinning a national homes guarantee come as something of a shock to the average American, the money behind them should not. The multi-billion-dollar Ford Foundation gave Public Advocates $50,000 in 2020 “[f]or the Alliance for Housing Justice national convening and platform release.” Since Public Advocates operates the Alliance for Housing Justice, which in turn operates the Housing Justice National Platform, it appears at the very least that the Ford Foundation is funding the alliance’s work, possibly even paying for the platform itself.

That would certainly make sense in the context of its past grantmaking. Since 2006 the Ford Foundation has funded almost a quarter of the 90 groups (including 501(c)(3) and 501(c)(4) affiliates) that endorse the Housing Justice National Platform, to the combined tune of over $100 million. It was also one of Public Advocates’ two original funders back in the early 1970s.

Of the multiple layers of irony in this, it perhaps serves simply to point out that one of the largest foundations in the world, which owes its very existence to the singular product that most enabled generations of Americans to build personal wealth while raising their families in owner-occupied suburban and exurban housing, now pours millions upon millions into activist groups that are openly hostile to that most venerable component of the American Dream.

Coalitions on Top of Coalitions

Homes Guarantee and the Housing Justice National Platform are just two parts of a network of coalitions and campaigns that advocate for essentially the same thing. At first glance, each might seem like a wholly distinct entity. In reality though, many of these groups are linked together through varying combinations of the same set of constituent activist nonprofits. To illustrate these confusing interlocks, it’s helpful to work backward:

Both the Alliance for Housing Justice and People’s Action are themselves members of a nine-organization campaign called We Strike Together, which encourages and tracks rent and mortgage strikes nationwide (790,225 strikes as of mid-July 2020) as a response to the COVID-19 shutdown. Eight of the nine members of We Strike Together also endorsed the Housing Justice National Platform.

The Right to the City Alliance also operates a project called Beyond Recovery, which supports the Rent and Mortgage Cancellation Act of 2020 (H.R. 6515) introduced by Rep. Ilhan Omar (D-MN). This bill would suspend all rent and mortgage payments nationwide for the duration of the coronavirus crisis. But true to its name, Beyond Recovery also demands changes that go far beyond the crisis, such as providing utilities such as water, phone, and internet as a “public good” and enacting a “permanent refuge and moratorium on evictions, foreclosures, raids, [and] sweeps.”

Campaigns for a Flawed Future

The concerted campaign to use the COVID-19 crisis as the vehicle to drive socialized housing in the United States underscores two important realities applicable to all activism in the age of digital organizing and social media. First, two organizations that appear wholly separate from one another by virtue of their different names, websites, and slightly tweaked missions might really be two campaigns run behind the scenes by the same advocacy group or coalition. Second, interlocking webs of coalitions and campaigns all separately agitating on essentially the same issue can artificially amplify calls for policy change, especially in times of crisis.

More fundamentally though, a national homes guarantee rests upon multiple flawed premises, the foremost is that your government should also be your landlord. Whether this is accomplished directly through public-sector housing or indirectly through exorbitant private-sector regulation (a homes guarantee envisions both working in tandem), the result remains the same: Citizen autonomy is gradually eroded through a creeping dependence on government. American public policy should incentivize precisely the opposite.

Government has a proper and important role to play during emergencies such as the COVID-19 pandemic, especially when providing relief to those in need. But Americans should be deeply wary of attempts to turn temporary solutions to a temporary problem into permanent expansions of federal power.