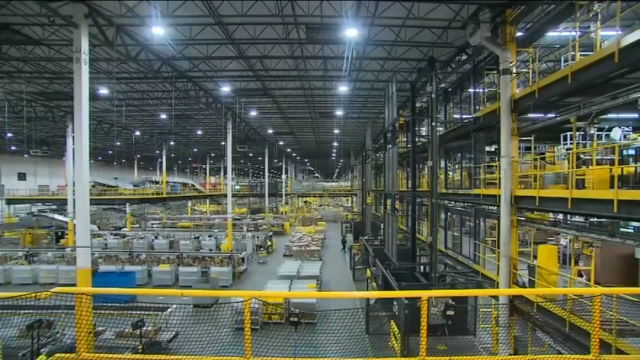 The Retail, Wholesale, and Department Store Union (RWDSU) made a big play to organize an Amazon warehouse in Bessemer, Alabama. President Joe Biden released a video in support of the effort. Left-wing Sens. Elizabeth Warren (D-MA) and Bernie Sanders (I-VT) circulated and publicized union organizers’ claims about working conditions for some Amazon employees. Sen. Marco Rubio (R-FL) loudly declared his support for the campaign and called on Republicans not to defend the company against unionization, a break from the support elected Republicans have historically given anti-union workers in previous Southern unionization drives. The Washington Post quoted a labor historian from Georgetown who called the Amazon vote “probably the most important union election in many years.”

And—tell us if you’ve heard this one before—despite all the hype, when workers had the opportunity to make their voices heard, they told Big Labor to take a hike. While a complete vote count cannot be determined because the eligibility of 500 voters was challenged and their votes were not counted, their votes would not have mattered. Of 3,041 votes cast, 1,798 opposed the union and only 738 supported it, rendering the 505 challenged votes (which will not be opened) moot.

The scale of the thumping handed to the RWDSU has not stopped the usual complaining about electoral processes. The union objected to the placement of a mailbox (into which workers could cast mail-in ballots) on the Amazon worksite, and it has stated that it will petition the National Labor Relations Board to overturn the election and order a revote. Put simply, like a former President of the United States the RWDSU did not like, the union would like a partisan electoral oversight body to throw out the results of an election it lost—to “stop the steal” one might say.

This maneuver spotlights one of the worst provisions of the Protecting the Right to Organize (PRO) Act, the massive expansion of union coercive power endorsed by the Biden administration and sitting before the Senate as of writing. For now, the most the Labor Board can do is order a revote. (By custom, the board is controlled by a partisan 3-2 majority favoring the president’s party.) But the PRO Act would allow this partisan body to simply declare a union organized if the employer committed a technical infraction even if the union lost the vote. And the PRO Act would substantially increase the list of technical infractions.

Not Buying the Product

The emphatic defeat of such a prominent organizing campaign should serve as a cautionary signal to those on both sides of the political aisle who see strengthening labor unions as supporting the “working class.”

For the Left, it is a warning that even politically left-leaning workers may not necessarily support the full “current year” Left-wing ideology that institutional Big Labor feels compelled to endorse. One African American worker who voted against unionization said she did not appreciate the RWDSU campaigning for unionization as an extension of the Black Lives Matter movement, telling the New York Times: “This was not an African-American issue. . . . I feel you can work there [at Amazon] comfortably without being harassed.” As unions demand more coercive power and Congress and the Biden administration endorse giving it to them, even liberals may not be ready for the full implications of granting those coercive powers.

For the Right, this should be a reminder that the interests of Big Labor and the interests of working Americans do not necessarily correlate, especially for culturally conservative, entrepreneurially minded, and elite-skeptical working Americans inclined to support conservative policies and politicians. While labor conservatives have sketched an ambitious agenda to replace existing unions with something else, they have not even outlined how to get there from here.

To the extent that their agenda requires strengthening existing labor unions, that agenda will strengthen a special interest bloc that is inimical to the interests of the workers whom the labor conservatives hope to serve. As National Review’s Michael Brendan Dougherty has argued:

The workers may hate the cultural radicalism of the Democratic Party. But they support it every working hour of their lives.

Amazon workers rejecting the union campaign is yet another consistent signal: Workers are not buying what Big Labor is selling. Forcing the public to choose either empowering Big Labor to force workers to buy the product or empowering Big Labor by another means does not give working Americans what they need.