Where Does the Money Go? 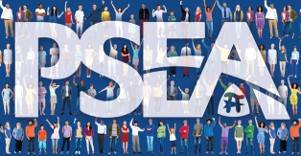 Summary: The school choice movement in Pennsylvania has remained at a disadvantage, and education reform has stalled because government employees who support legislation to expand scholarship opportunities or boost charter schools have had part of their wages taken to finance political activity that undercuts their own policy preferences. The problem stems from deeply ingrained features of Pennsylvania labor laws, but legislative and legal pressure to reform these outdated statutes has been building in recent months thanks to the U.S. Supreme Court’s decision in Janus v. AFSCME. What happens in the Pennsylvania courts and state legislature will likely ripple across state lines.

Where Does the Money Go?

Where is that money going and how is it being used?

In the past quarter century, the Pennsylvania State Education Association, the largest public-sector union in the state and an affiliate of the NEA, has given more than $13 million to Democrats and a little more than $3 million to Republicans during that same period, according to campaign records.

In the most recent election cycles, the 181,000-member PSEA contributed more than $1.5 million to Governor Wolf during his successful re-election campaign in 2018. Wolf was also the top recipient of PSEA campaign contributions from 2010 to 2016, receiving $865,000. The American Federation of Teachers, the second-largest teachers union in the country, is also a major player in Pennsylvania where it has about 36,000 members. It contributed $700,000 to Wolf in 2018.

There’s a case to be made that the teachers unions are the most politically potent forces in the state in terms of money and organization. But they are only part of larger picture.

Commonwealth Foundation’s charts of government union political spending from 2007 to 2019 provide critical insight into recent election cycles. Government unions spent about $135.5 million on politics during this period with about 40 percent of this money coming from PACs, according to the Pennsylvania State Department’s campaign finance reports, and 59 percent coming from political dues, according to U.S. Department of Labor LM-2 forms. The teachers unions, AFSCME, and SEIU locals all figure into the equation.

In other words, a lot of money taken from Pennsylvania taxpayers is funding the political activism of government union operatives.

Sometimes all it takes is a little imagination and a lot of humor to get your point across in the court room. That’s what Chris Meier, a history and economics teacher at Penn Manor High School in Lancaster County, has done.

Under Pennsylvania law, teachers such as Meier who object to paying mandatory union fees on religious grounds, can divert money from their paychecks into the charity of their choice instead of having those funds go to the union. The catch is that the union has say over which charity is selected. Meier had selected the National Right to Work Legal Defense Foundation, the Virginia-based nonprofit that advocates on behalf of workers opposed to mandates—the same outfit that successfully brought suit on behalf of Janus before the Supreme Court and is partnering with the Fairness Center to represent Hartnett and others. The PSEA objected because it saw a “conflict of interest.”

Jane Ladley, who taught in the public schools for 25 years before retiring in 2014 from Avon Grove School District in Chester County, is the lead plaintiff in the case with Meier. They are both represented by the Fairness Center. Ladley selected a scholarship fund for high school seniors who wanted to study the U.S. Constitution, and the union objected. She then selected another organization that supplies education material promoting the ideals of the U.S. Constitution, and the union has yet to give its approval.

“The Hartnett and Ladley cases have become very similar,” Osborne explained in an interview. “What brought the two cases together was the Janus ruling.”

If the Third Circuit invalidates the part of Pennsylvania labor law that makes fair-share fees possible, then this ruling would settle both cases.

The PSEA may not see the humor in Meier’s choice of charity or the seriousness of Ladley’s proposal to benefit young students with a stake in the founding of their country. But when the union objects to uppity, imaginative citizens spending their own money on what the union views as being “too political,” it’s time for the courts to recognize that this is no joke.

Regardless of how union leaders might feel about the preferred charities of nonunion members, those nonunion members are spending their own money. If the PSEA leadership is gung ho on torpedoing school choice initiatives that benefit the children they claim to represent, then maybe it’s time they write a personal check to pay for their own political activism. That’s the point Meier is making, and by objecting to Meier’s political preferences the PSEA is actually making his point for him.

What happens in the Pennsylvania courts and state legislature will likely ripple across state lines.