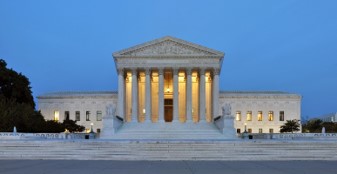 Summary: The school choice movement in Pennsylvania has remained at a disadvantage, and education reform has stalled because government employees who support legislation to expand scholarship opportunities or boost charter schools have had part of their wages taken to finance political activity that undercuts their own policy preferences. The problem stems from deeply ingrained features of Pennsylvania labor laws, but legislative and legal pressure to reform these outdated statutes has been building in recent months thanks to the U.S. Supreme Court’s decision in Janus v. AFSCME. What happens in the Pennsylvania courts and state legislature will likely ripple across state lines.

The Supreme Court’s decision outlawed contract provisions requiring government employees to pay union dues and fees or be fired as unconstitutional violations of First Amendment freedoms. That means that Pennsylvania’s laws that empower unions to extract fees from individual workers who do not want to join a union are in violation of the U.S. Constitution.

The same is likely also true with “maintenance-of-membership” requirements that unions are permitted to insert into contracts that restrict a public employee’s ability to resign from a union. Pennsylvania is one of six states with laws that do not square with the free speech rights the high court reasserted in its ruling against the American Federation of State County and Municipal Employees (AFSCME).

“Compelling individuals to mouth support for views they find objectionable violates that cardinal constitutional command, and in most contexts, any such effort would be universally condemned,” Justice Samuel Alito wrote in the majority opinion in Janus.

The Janus ruling principally affects the about 5 million state government employees in 22 states who are no longer required to join a union or pay union fees as a condition of employment. The states most affected by the decision are those states that were not already right-to-work states. On the West Coast, this includes California, Oregon, Montana, and Washington. On the East Coast, the list includes Rhode Island, New York, New Jersey, and Pennsylvania.

Often called the Keystone State in reference to its location in the middle of the original 13 colonies and its prominent role during the American founding, Pennsylvania is poised to make history again in November 2020 when it could decide the presidential election. Pennsylvania also sits at the epicenter of controversial labor practices that are coming under increased scrutiny since the Supreme Court ruling. Unlike the battleground states of Michigan and Wisconsin in the Midwest, Pennsylvania did not adopt right-to-work laws, which makes Trump’s 2016 victory in the Keystone State all the more remarkable.

Wisconsin became a right-to-work state in 2015 (on top of its 2011 government worker labor reforms) and Michigan in 2013. Since then, the teachers unions in both states have lost thousands of dues-paying members. The Wisconsin Education Association Council lost about 60 percent of its membership since labor reforms went into effect, while Michigan Education Association lost about 20 percent of its members. The fact the teachers unions in those states could no longer collect dues from members who do not share their far-left politics was likely a factor in Trump’s victory. In contrast, Trump won the Keystone State by just 44,000 votes, and it remains up for grabs in 2020.

Recent figures from the U.S. Bureau of Labor Statistics shows about 700,000 Pennsylvania workers are union members. In fact, some figures show union membership actually increased slightly throughout the state in 2018 even as it fell nationwide. This means that organized labor will remain a potent political force in Pennsylvania into the foreseeable future, even as unions lose ground in other parts of the country. Even so, there are palpable indications that Pennsylvanians who do not want to finance the political agenda of government unions are beginning to find expression in the legislative and legal arena.

A short walk down the front steps of the Pennsylvania State Capitol building is a sign detailing legislative history of the 20th-century union mandates that have bedeviled government employees. The sign reads:

Efforts to organize public workers in PA resulted in Acts III in 1968 and 195 in 1970. Tens of thousands of public employees joined unions. The movement to unionize public workers began in the 1930s, was legislatively restricted in 1947, & given partial recognition in 1957.

Now some of those workers want out.

Francisco Molina is one. He’s a former shop steward for the Service Employees International Union Local 668 who ran into difficulty when he tried to resign from the union back in 2018. The “maintenance-of-membership” provision of Pennsylvania’s Public Employe [sic] Relations Act 195 specifies that public employees may resign union membership only during a 15-day window before their contracts expire. The standard practice for unions such as the SEIU was to stipulate that their members must submit a resignation letter by certified mail within that 15-day window. This provision of the law doesn’t require unions to notify workers of the resignation window. Moreover, the state’s public payroll systems automatically deduct union dues from paychecks until an employee can find a way to resign. As Molina discovered, the deck was stacked in favor of the union. 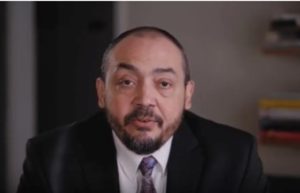 Francisco Molina is a former shop steward for the Service Employees International Union Local 668 who ran into difficulty when he tried to resign from the union back in 2018. Credit: The Fairness Center. License: https://bit.ly/382JUNO.

Fortunately, some lawmakers are willing to defy the power and influence of public-sector unions on behalf of free speech rights. Rep. Greg Rothman (R-Cumberland County) has introduced House Bill 506, which would allow government workers to resign from a union anytime they like without observing a window period, while Rep. Kate Klunk (R-York County) has introduced House Bill 785, which would require public employers to notify employees of their rights.

If either bill passes, it would be largely along party lines. Wolf could then veto a labor reform bill at behest of his union benefactors. Yet the unions are beginning to show signs of relenting on maintenance-of-membership requirements, which could give a boost to Rothman’s bill. Conceivably, Governor Wolf might find it politically expedient to allow one or both of the bills to become law without his signature, by taking no action for 10 days after the bill’s passage.

For starters, SEIU 668 has agreed to refund Molina the dues collected from him after he resigned in July 2018. For this reason, major portions of his case have been dismissed. The Fairness Center, a nonprofit, public interest law firm based in Harrisburg, Pennsylvania, represents Molina in the case filed with U.S. District Court of the Middle District of Pennsylvania.

“SEIU officials are implementing a strategy to avoid court rulings on constitutional issues because they know they would lose,” Fairness Center lawyer David Osborne told the Daily Signal. “The judge in the case found in favor of the union and said the fact that Molina had gotten his money back means either he doesn’t have standing or the case is moot.”

Essentially, the union “cried uncle,” Osborne explained, before the court could address the constitutionality of the state’s Public Employe Relations Act. The downside for workers is that maintenance of membership remains law, which is why Molina’s case is still active. But the upside is that union leaders are signaling retreat. SEIU 668, United Food and Commercial Workers (UFCW) 1776, and the Pennsylvania State Correctional Officers Association have removed maintenance-of-membership requirements from their new contracts. Taken together, these unions represent roughly 22,500 state public employees, according to government figures.

But what about those “fair-share fees?”

House Bill 785, which would require that employees be notified of their rights, was approved by the House Labor and Industry Committee and is now before the full House for consideration. “The aim of House Bill 785 is rather simple,” Klunk said in an interview. “It ensures workers who were once forced to pay into a public sector union know their rights, namely that they do not have to pay so-called ‘fair share fees.’ Though the U.S. Supreme Court handed down the ruling in the Janus vs. AFSCME decision, not all workers know that they no longer have to pay these fees. My bill would make sure they are alerted to the change.”

In the next installment of Labor Watch on Pennsylvania, learn about government workers are fighting back.