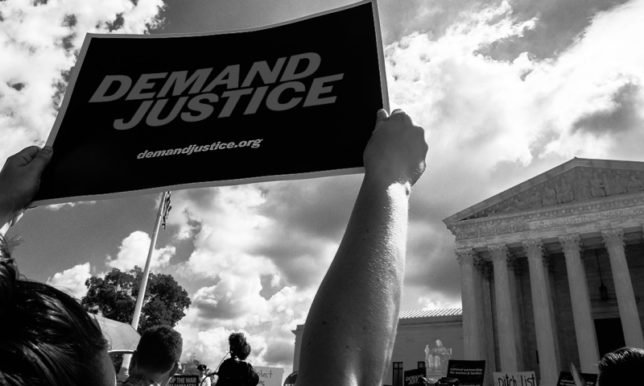 The fight over Amy Coney Barrett’s nomination to the Supreme Court is only the beginning of judicial battles to come. If President Trump is re-elected, he will nominate more judges, and Democrats will attack them. If Joe Biden wins, his allies will keep demanding he pack the Supreme Court by adding seats to fill with liberal activists.

Glance at the Twitter feed of Brian Fallon, leader of Demand Justice, the left’s top judicial pressure group. Mr. Fallon was the spokesman for Hillary Clinton’s 2016 presidential campaign; Demand Justice is less well known. Its origin story cuts against the left-wing trope that conservative “dark money” has “captured the courts.”

Mr. Fallon sowed the seed of Demand Justice by speaking at a 2018 meeting of the Democracy Alliance, a secretive donor group co-founded by George Soros, who pledged millions in support. But the money didn’t go to a new nonprofit. It went to an empire managed by Arabella Advisors, a for-profit consulting firm founded by a Clinton administration alumnus who previously worked at the League of Conservation Voters—a “dark money heavyweight,” as the Center for Public Integrity puts it.

Arabella long flew under the radar, even though its in-house nonprofits raked in $1.2 billion in the 2018 electoral cycle alone, compared with $502 million raised by the Democratic and Republican National Committees combined. Its new prominence arises from its aggressive role in Supreme Court nominations. A colleague of mine discovered it during the Brett Kavanaugh controversy, and during Judge Barrett’s hearings Arabella was cited by Republican Sen. Ted Cruz.

Mr. Cruz highlighted Arabella because it belies complaints by Democratic Sen. Sheldon Whitehouse and others who pretend that “dark money” only exists on the right. Arabella’s revenues dwarf those of Mr. Whitehouse’s bêtes noires like the Federalist Society and Judicial Crisis Network. What’s more, Arabella’s cash winds through a legal structure that darkens its donors and their dollars far more than normal nonprofits can achieve. . . .

This article first appeared in the Wall Street Journal on January 1, 2020.