Government as a Special Interest in “Home Equity Theft” 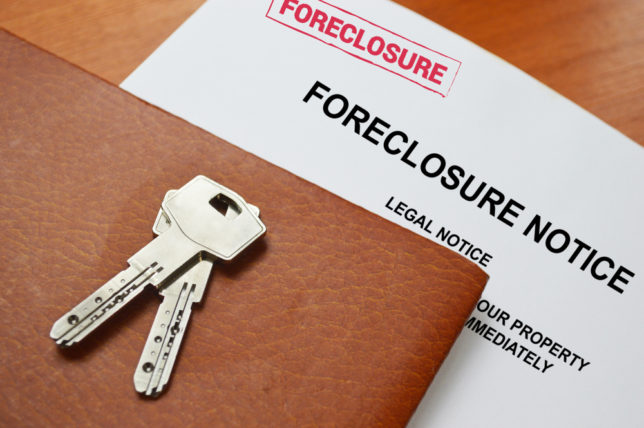 Special interests are critical to a healthy civil society. They represent one of the most effective ways for private citizens to engage on issues that are personally important to them. The term can carry negative connotations, however, when special interests are perceived to be seeking or receiving special benefits—particularly ones regarded as unfair—from government.

The fight over “home equity theft” currently being waged in state legislatures and courts shows how government itself can function as a special interest alongside the private sector against the interests of citizens.

What Is “Home Equity Theft?”

The term “home equity theft” is sometimes applied to a practice currently permitted in 11 states whereby a property owner who owes unpaid property taxes can, under certain circumstances, be subject to a foreclosure process that ultimately deprives him or her of the entire property interest, including any equity in excess of the amount owed. This lost equity can be substantial—many times the debt owed—and critics argue it represents a manifest injustice to the former owner.

A March 2022 lawsuit filed by the Pacific Legal Foundation—a 501(c)(3) nonprofit that is leading the charge against home equity theft—illustrates how it can work in practice. According to allegations in the complaint, Deborah Foss purchased her Massachusetts home for $168,500 in 2015, but failed to pay her property taxes to the city of New Bedford the following year. The unpaid debt grew, and the city sold the tax lien to a private company that initiated foreclosure proceedings in 2018. A court entered judgment against Foss the following year, granting the company absolute title to the home.

Foss was evicted in February 2022, and within a month the company had sold her former home for $242,000. Foss—who owed approximately $30,000 on the tax debt including interest and fees, but otherwise owned the property outright—received none of the proceeds from the sale and was thus deprived of at least $210,000 in equity, according to the lawsuit. She has since been homeless and maintains that had she known any of this was possible she would have taken steps to sell her home during foreclosure or made other arrangements to pay her tax debt.

A comprehensive report on “Home Equity Theft in Massachusetts” published by the Pacific Legal Foundation shows that Foss’s experience is far from unique. Across 31 localities studied, the report determined that from January 2014 through June 2020 local governments foreclosed and sold 254 homes for unpaid tax debt. This amounted to almost $60 million in estimated lost equity above and beyond the amount of debt owed. A further 154 homes were sold by private investors who had purchased the tax liens, representing an estimated $37 million in lost equity. The average affected homeowner lost 87 percent of their equity—or $260,000—over an average tax debt of $36,000.

Needless to say, this strikes many as exceedingly unfair. While government has every right to collect taxes—and to foreclose if necessary—it should never be permitted to take more than what is owed. The same is true for private investors who purchase tax liens: Their legitimate interests can be protected without taking surplus equity from foreclosed-upon property owners. Balancing the rights of owners, governments, and private investors can be helpfully conceptualized as a “three-legged stool.”

Thanks to litigation and advocacy by the Pacific Legal Foundation and others, states like North Dakota and Montana have recently abolished home equity theft by overwhelming bipartisan legislative margins. The Michigan Supreme Court judicially ended it in the 2020 case of Rafaeli, LLC v. Oakland County. One of the plaintiffs in that case, Uri Rafaeli, had purchased a rental property for $60,000 through his business, but accidentally underpaid his property taxes one year by $8.41. The county ultimately foreclosed on his property over what had become a $285.81 debt, sold it for $24,500, and kept all of the proceeds.

An obvious question arises when someone learns about home equity theft for the first time: Who supports a practice that appears so facially unjust? The answer, as it perhaps naturally turns out, is those who stand to benefit financially from it.

While Rafaeli was pending before the Michigan Supreme Court, the Pacific Legal Foundation (who had filed the case) observed that “the only people supporting Oakland County are profiting from Michigan’s predatory tax collection scheme.” Specifically, it was referring to those state government groups that had filed amicus briefs supporting the county’s position in that suit.

The Michigan Association of Counties, the Michigan Townships Association, and the Michigan Municipal League—each of which represents their eponymous local government constituents—argued that plaintiffs like Rafaeli who had lost their property to tax foreclosure had also forfeited any and all interest in said property, including their equity. Therefore, the government associations wrote, the plaintiffs “were not entitled to a red cent of the proceeds.”

In Minnesota, the International Municipal Lawyers Association and the Association of Minnesota Counties filed as amici on the county’s behalf in Tyler v. Hennepin County. In that case, the county foreclosed on a condominium over a $15,000 tax debt and, after following all required notices and procedures, sold it for $40,000. Surplus proceeds from that sale were distributed in accordance with Minnesota law, which does not provide for returning any money to the property’s former owner.

The National Tax Lien Association, a nonprofit trade group that represents the tax lien industry, has reportedly argued in Massachusetts amicus briefings that the possibility of taking title to the property after foreclosure is part of what incentivizes private investors to purchase liens from municipalities. These sales can be advantageous to cash-strapped local governments, and the association’s position is that permitting homeowners to keep surplus proceeds reflecting their equity would have a “chilling effect” on that market.

The Massachusetts Municipal Association has filed testimony in response to various property tax collection bills, including H. 3053, a bill that would abolish home equity theft in the commonwealth. The association, which represents all 351 of Massachusetts’s cities and towns, urged legislators to “delay action” on all such bills until a “special commission” had been created to “examine current law and practice around the collection of delinquent property tax revenue.” It proposed a seat for itself on that commission, in addition to representatives from the state attorney general’s office, consumer advocates, and third-party investors.

Lobbying alongside the Massachusetts Municipal Association, according to state disclosures, is Tallage, which collectively refers to a group of associated LLCs that are heavily involved in purchasing tax liens and selling foreclosed properties in Massachusetts, including Deborah Foss’s. A 2018 investigation reported on how the company had opposed a bill that would have reformed the state’s property tax lien laws that year and spent $46,000 lobbying on the issue.

Government as a Special Interest

The future of home equity theft in the states where it remains will be determined in state legislatures and courts, and groups like the Pacific Legal Foundation deserve much credit for their work on the issue. If nothing else, it is something that appears to have united many on both the right and the left.

A broader takeaway, however, is that government itself can function as its own special interest alongside the private sector because it can be subject to the same motivating influences—namely, when it possesses an advantage that it seeks to protect. To be sure, there is always value in hearing from all sides of an issue and from all impacted parties. But because government already enjoys unique powers—taxation, for instance—its efforts to retain or expand those powers should always be closely scrutinized, particularly when the consequences can be the loss of someone’s entire net worth.