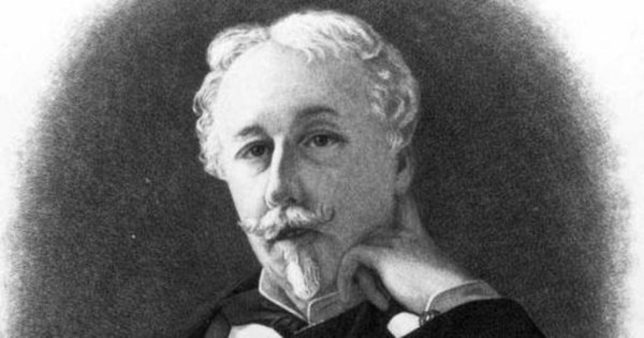 Zoos were all the rage in the Victorian age. Every major city had one, but they were small and limited in scope. Grant aimed higher with the creation of New York’s Bronx Zoo in the late 1890s, purposefully built to attract urbanites who could become educated about the plight of America’s endangered species. Spiro observes that the zoo was the modern, democratic descendant of Europe’s old aristocratic hunting grounds—in other words, a perfect match for Grant and his contemporaries. And ever the progressive, Grant specifically designed the zoo to be vastly larger than its cramped contemporaries in Philadelphia and Europe. (It’s still the largest metropolitan zoo in the United States.)

Interestingly, Spiro observes that even here “there was a tension between” Grant et al.’s “genuine desire to uplift and educate the masses and . . . their lingering sense that the zoo was their own personal fiefdom” invaded by interlopers.

The Victorian age’s scientific racism loomed large in the zoo. One of its oddities was an African Pygmy tribesman, Ota Benga, brought from the Congo as a chimpanzee caretaker. There was probably nothing nefarious about the original decision to import an African caretaker to tend to the chimps. But someone encouraged poor Benga to enter their cage, causing crowds to hoot and jeer at the sight of a small (4’11”, 103 lb.) “savage” from “darkest Africa” caged like an animal, doubting whether “he was a human being” at all because he resembled the chimps he was supposed to take care of.

Leading scientists explained it away to the New York Times: “It is absurd to make moan over the imagined humiliation and degradation Benga is suffering” because “pygmies are very low in the human scale” and unfit for education.

Not everyone was amused, however. One group of black Baptist clergymen demanded New York Mayor George B. McClellan, Jr.—son of the famed do-nothing general of the Civil War—end Benga’s degradation, but were ignored. Grant, however, relented and released the poor man. Unable to return to Africa due to the outbreak of World War I, a depressed Benga tragically shot himself in 1916.

From Animals to Men

Spiro speculates that Grant began to shift attention to evolutionary theory’s application in human society when he was introduced to a series of lectures on “the migration of the races,” delivered by famed economist William Z. Ripley as part of a patrician adventurers’ club called the “Gentleman Adventurers of the Half Moon.” The lectures themselves are now lost, but Spiro brilliantly reconstructs their teachings from Ripley’s other talks and writings.

Like other social Darwinists of his age, Ripley wanted to ascertain the ideal European “type,” the ultimate stage of human evolution, using traits like eye color, build, and skull shape. He theorized that Europeans could be divided into three categories: Central “Alpines,” southern “Mediterraneans,” and northern “Teutons” or “Nordics” (known as “Aryans” among European scholars), the last of which was responsible for Europe’s greatest civilizations. Left to themselves, each of these groups worked alright. But when they were imported into American cities in huge numbers (as was then happening) they threatened to mix and “mongrelize” into devolved primitives, the way that horses and donkeys produce mules when interbred.

Obviously no serious evolutionary biologist holds these views today. Racial pseudoscience was largely debunked by World War II and Aryan supremacy theories finished the job. But it’d be a mistake to consider these ideas silly accidents from a simpler time.

To Grant, Ripley, and countless other evolutionists of the age these were the profound, unavoidable conclusions drawn from nature’s inner workings, which Charles Darwin had only begun to expose. In their day, science had revealed powerful racial categories that Bible-bound generations were blinded to. It’d proven that humans were nothing more than a higher form of animal. With this evidence, leading Darwinists concluded that the various human “races”—a word they couldn’t agreeably define—are actually unrelated, and must remain so to avoid degenerating into mules.

The most obvious example of this process, Ripley taught, was that of the Jews, a group both physically and mentally degenerated by centuries of unnatural urban life. Now, to Ripley et al.’s terror and despair, they were bringing those attributes to the United States in ever-greater numbers and threatening to cause America’s original Teutonic race to go extinct.

Preservationists like Grant brought to this conclusion their own experience in saving animal species from being out-competed by Man. Now they were duty-bound to save superior men from committing “race suicide”—being swamped by their unfit inferiors. In short, “Ripley had done for the white race,” Spiro writes, “what Grant had done for the large mammals.”

The key to this bizarre theory is an oft-heard and misunderstood term: Aryanism. Because of Hitler and the Nazis we usually think of it as German, but Aryanism was actually birthed by a Frenchman, Arthur de Gobineau (1816-1882), the father of racial pessimism and supremacy theories.

Gobineau was a product of the mid-19th century’s nostalgic fascination with the Middle Ages, a reaction against the Enlightenment’s optimistic outlook and contempt for the so-called Dark Ages. These “romantics,” reacting against the march of progress, saw industrial modernity as a wrecking ball that had destroyed Western Man’s inner vitality, leaving him decadent and lethargic. These cultural ideas soon extended to the idea of “race,” a new term that was increasingly used to explain how cultural differences result from human biology.

To Gobineau and his allies, race was what class struggle was to Karl Marx: The key to unlocking all mysteries.

They theorized that the world’s greatest civilizations, from China to Greece and modern Germany, were all descended from primordial Aryan super-men who were responsible for everything “great, noble, and fruitful in the works of man on this earth.” Gobineau’s followers drew up a human taxonomy which put Europeans on top and Africans at the bottom. But it wasn’t so simple as black vs. white; the key was distinguishing between “barbarian” peasants and Aryan-descended nobility (as Gobineau fancied himself). The latter created civilization by subjugating the former—until inevitably destroying themselves through miscegenation with the lesser races they ruled. (The nasty exception, of course, were Jews, who were few in number but the most cunning at keeping the Aryans down while enriching themselves.)

The Roman Empire, with its millions of imported non-Aryan slaves, was the great object lesson of how a powerful nation waters itself down and eventually collapses.

Fast forward to the modern era and the problem seemed even worse. Imperialism and democracy, both of which Gobineau loathed, were stagnating Europe’s Aryan elite. (“Mongrelized” America, which he wrote off as the home of the “detritus of all the ages,” was already a lost cause.) Heroic Aryans may have been the best of humanity, but they weren’t the fittest—a zoological term now annexed to anthropology—for industrial democratic civilization, which was constructed by the lesser races to keep them in charge through sheer numbers. In other words, civilization was spiraling out of control because there was no longer a place for vivacious super-men.

For some, this led to despair. For egalitarians it meant the opposite. As Arthur Herman put it in The Idea of Decline in Western History:

the chief appeal of racism in the nineteenth century was its politically progressive, even liberal message. If all whites . . . were equal by race, there was no excuse for social or economic discrimination between them. Race theory shattered the claims of an aristocratic class to privilege and authority . . . . And even as European society itself was moving in this happy, egalitarian direction, so must white cultural power naturally extend itself over the nonwhite world. In short, the whole direction of racial thinking in Europe was one of liberal egalitarian optimism, even self-satisfaction.

Gobineau’s most obvious heir was Adolf Hitler’s National Socialists, who considered his writings their original inspiration and made them assigned reading in German schools. But the patterns of pseudoscientific thought established by Gobineau also shaped eugenicists like Madison Grant and anti-Semites such as Houston Stewart Chamberlain (called “Hitler’s John the Baptist” for mentoring the future Führer), Jim Crow-era white supremacists, far-left organizer Herbert Marcuse, and even black nationalists like W.E. DuBois and Marcus Garvey.

In the next installment, eugenics is born in an effort to direct human evolution. 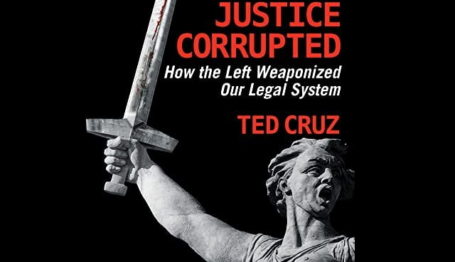