“Unlike others who simply demonize conservatives, Gara sought to understand what we believe and how we went about supporting it,” Bill Schambra notes. 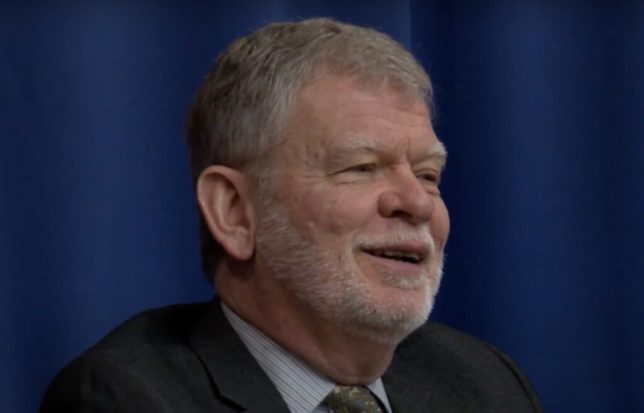 Gara LaMarche announced earlier today that he will be stepping down as president of the Democracy Alliance, the network of liberal donors who coordinate their giving. LaMarche has also been president and chief executive officer of The Atlantic Philanthropies and vice president and director of U.S. programs for the Open Society Foundations.

“I am not leaving the DA for another full-time leadership job, but I’m not retiring yet either,” he writes.

I am 66 years old, and I’ve been working in human rights, social justice and philanthropic organizations since 1976—most of those years as a CEO—and I’ve had a good run. At this point in my life I want to advise, counsel, teach and write more than run things.

With the announcement, DA included comments from more than 20 leaders in liberal philanthropy and the liberal nonprofitdom and policy advocacy—and from my Giving Review co-editor Bill Schambra.

Excellent news for conservatives: Gara LaMarche is stepping down! In all seriousness, Gara is one of the most thoughtful political opponents for whom one could wish. Unlike others who simply demonize conservatives, Gara sought to understand what we believe and how we went about supporting it. And he never hesitated to explain his own views honestly and openly, in civil debate.

LaMarche was a regular participant in many of the activities of the Hudson Institute’s Bradley Center for Philanthropy and Civic Renewal, which Schambra directed, and he appeared on a 2018 panel on political and policy-oriented giving in the post-Citizens United world hosted by the Capital Research Center, where I’m a senior fellow. When LaMarche was at The Atlantic Philanthropies, in fact, it modestly supported the Bradley Center.

“For our nation’s sake,” Schambra concludes his comment, “I hope we can cultivate more of the kind of discourse Gara relished and practiced.”

This article first appeared in the Giving Review on November 16, 2020.