From Ignorance to Anarchy; from Anarchy to Tyranny

How disillusionment in America is fueling a revolt against its institutions 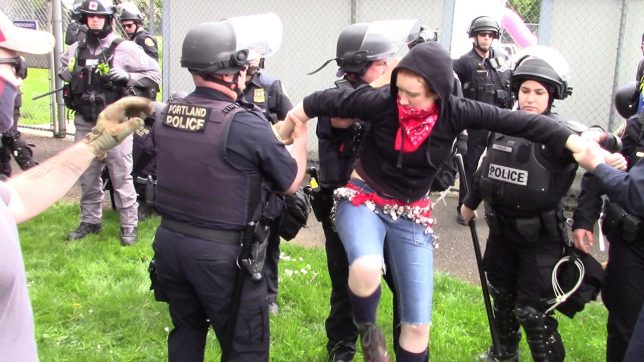 Abraham Lincoln addressed the Young Men’s Lyceum of Springfield, Illinois on the subject of mob violence in 1838, in what many regard as the best speech of his pre-presidential career:

At what point shall we expect the approach of danger? …Shall we expect some transatlantic military giant . . . to crush us at a blow? Never! . . . I answer, if it ever reach us, it must spring up amongst us.

I mean the increasing disregard for law which pervades the country; the growing disposition to substitute . . . passions, in lieu of the sober judgment of Courts; and the worse than savage mobs, for the executive ministers of justice.

Political mob violence from the American Left has spiked in the past year and is now becoming nearly as common as Kim Jong-un’s threats. But, what should be even more concerning is the fact that a growing number of young, college-educated adults see nothing wrong with using violence to vent their frustrations with political or judicial outcomes, or silence speech they find offensive.

A recent survey by John Villasenor, who is a senior fellow at the Brookings Institution and a professor at UCLA revealed that one in five undergraduate students believes it’s okay to use physical force against speakers who say “offensive and hurtful” things. The survey showed that party affiliation is virtually even, with 22 percent of self-identified Republican students support using violence as opposed to 20 percent of Democrats. The percentage is significantly higher among male students (30 percent) compared to female students (10 percent). Most troubling however, is that nearly 40 percent of students polled believe that the First Amendment doesn’t cover “hate speech.”

Many college students and their unenrolled, radical allies have recently proven that these aren’t just opinions they keep to themselves. Security measures to protect a recent event at the University of California, Berkeley where conservative commentator Ben Shapiro spoke, cost $600,000.  “If you’re going to blame me for the $600,000 in spending on security … you’re all Keynesians, Shapiro said in his opening remarks, referring to the economist, John Maynard Keynes who inspired much of the New Deal. Think of all the jobs I just created.”

Street violence and rampant vandalism followed the acquittal of a police officer in St. Louis, on September 15, who had shot and killed a suspected drug dealer during a police chase. Protesters, claiming the shooting was racially-motivated, refused to accept the jury’s verdict. For three straight nights, they rioted,  breaking store windows and throwing rocks, concrete, and chemicals at police. The officers arrested hundreds, including a masked individual waving an anarchist flag while he watched fellow protesters wreak havoc on local shops. The individual was armed with a handgun, a sword, and protective gear. Another individual with masks, guns, and drugs drove his car at a high speed into another motorist. 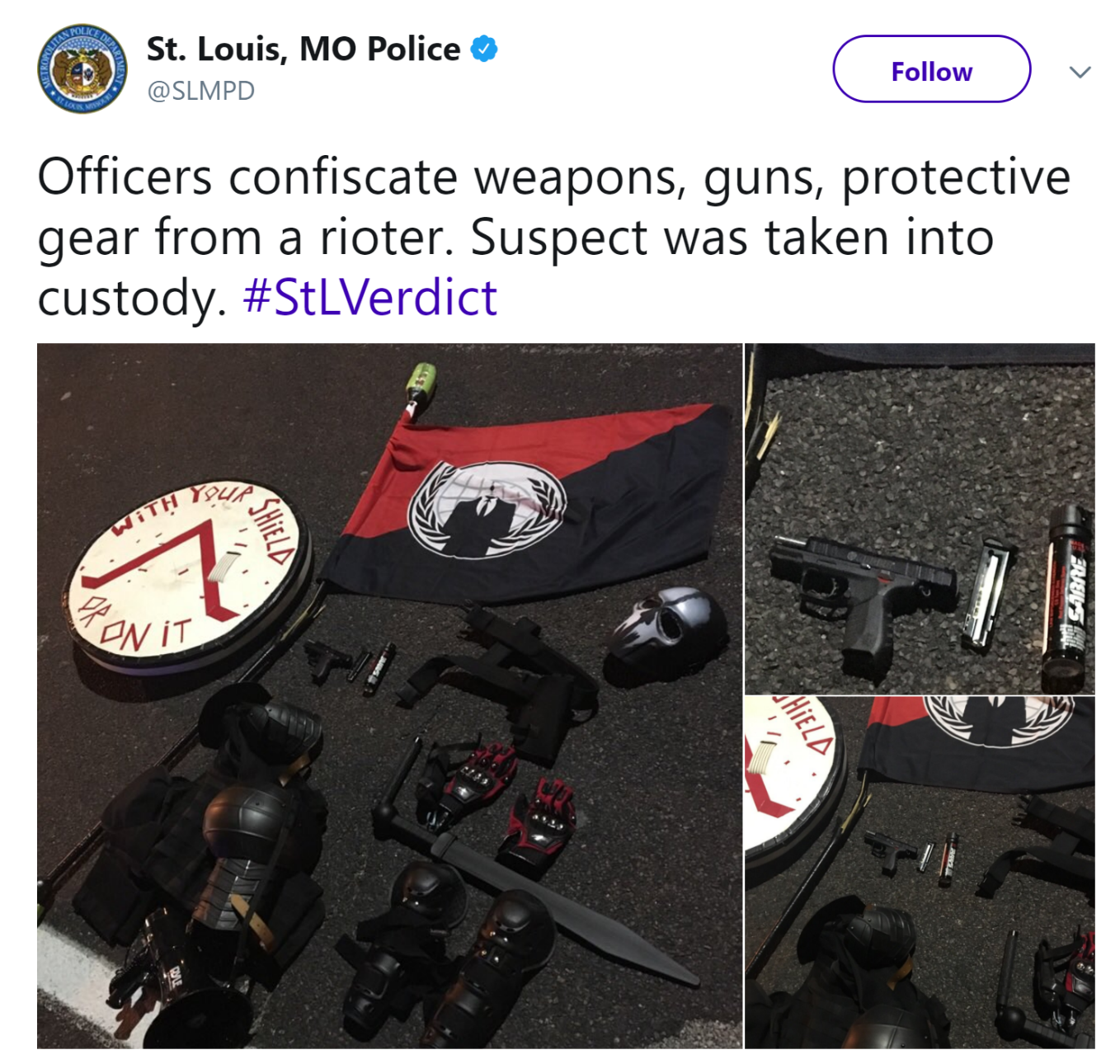 While anarchists destroyed property and attacked law enforcement in St. Louis on Monday, protesters at Georgia Tech University attacked campus police, putting two officers in the hospital and torching a police car. The Georgia Tech mob was protesting the killing of a suicidal student who had charged campus police with a knife.

Shortly after President Donald Trump’s election, CRC began covering this disturbing trend on the Left to resort to violence with “America Under Siege: Civil War,” the first part in a series produced by CRC’s film wing. The film exposed through undercover footage of groups like #J20, how Leftist protesters planned to disrupt the inauguration by blockading roads and public transit to prevent people from attending.

The growing frequency of leftist violence shows a similar pattern to lone-wolf Islamic terrorism. As youth become radicalized, they see others with similar beliefs carrying out acts of violence and then assume that the righteousness of their cause legitimizes it – a phenomenon experts call “terror contagion.”

As I wrote in August about the rise of Antifa, a loosely-knit group of Leftist street thugs who violently attack anyone who disagrees with them, much of the violent reaction of the Left has arisen because seasoned liberals, who should have been more responsible, have characterized President Trump and many on the Right in general as having fascist tendencies. But, entertainers and the overwhelmingly left-leaning media don’t carry most of the blame. Many university professors, following in the tradition of Howard Zinn, have successfully convinced students that the United States is an illegitimate country with a shameful history. Many left-leaning professors are now realizing they have created an intersectional monster that even they can no longer control.

Like the Southern Poverty Law Center, which long ago ran out of legitimate hate groups to harass, these radicalized Leftists, bereft of actual Nazis to fight, have begun to bite the hand that fed them as they seek to root out anyone who is not sufficiently “woke.”

Traditional, left-of-center media outlets have only belatedly begun to realize the danger to democracy that these types of protestors pose. Referring to the verbal attacks that Evergreen State College students hurled at former Bernie Sanders supporter, Professor Bret Weinstein Bari Weiss wrote in the New York Times: “[They] will make anyone who believes in the liberalizing promise of higher education quickly lose heart.” Mika Brzezinski and Joe Scarborough spent a full seven minutes ripping Antifa on MSNBC’s “Morning Joe” after masked members of the group attacked peaceful conservative marchers in California. And even the Washington Post on Tuesday called the Villasenor survey “a chilling study.”

The growing acceptance of violence in reaction to unfavorable speech and political and judicial outcomes poses a serious threat to the American system of government. If the country’s university system teaches future American leaders that the nation’s Founders were irremediably racist and evil, they will naturally want nothing to do with a system of government that those individuals established.

The next episode in Capital Research Center’s “America Under Siege” series, “Antifa,” will premiere on September 25th at Milo Yiannopoulos’s Free Speech Week at UC Berkeley and will stream for free on our YouTube channel and at DangerousDocumentaries.com.