Ford Abandons Detroit: Falling out with the Family 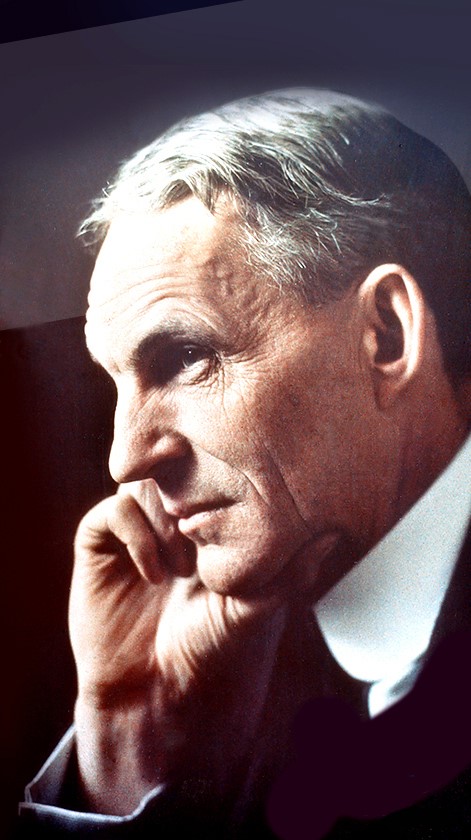 The Ford Foundation, born in 1936 from the fortune made in Detroit by one of the true geniuses of free enterprise, Henry Ford, is today America’s second largest philanthropic foundation, with assets of $12.4 billion. Over most of the last 82 years, the trustees snubbed both the city (Detroit) and the principles (free enterprise) that made their charitable work possible.

In 2006, the trustees began to make amends for neglecting Detroit for decades, but there has been no letup in the Ford Foundation’s financing of advocacy against entrepreneurial capitalism. An analysis of its 2015 grants shows at least $50 million went to left-wing political and economic policy organizations.

The bias against free enterprise is so pronounced that Ford Foundation donations to public policy causes are often indistinguishable from those of left-wing billionaire George Soros’s Open Society Foundations. The two organizations have even traded employees; some grantmakers and program officers have worked for both organizations.

Despite their best intentions, the Ford family is at fault for allowing this to happen. In the 1950s, Ford Motor Company CEO Henry Ford II, grandson of the founder, voluntarily signed away a majority of the Ford Foundation board seats to non-family members. He would go to his grave regretting what he had done. By 1977, the foundation had abandoned Detroit and free enterprise, and Henry Ford II—the last of the family to sit on the then-14-member board—resigned his seat as well.

“The foundation exists and thrives on the fruits of our economic system,” wrote Ford in the letter. “The dividends of competitive enterprise make it all possible.”

In effect, the foundation is a creature of capitalism—a statement that, I’m sure, would be shocking to many professional staff in the field of philanthropy. It is hard to discern recognition of this fact in anything the foundation does. It is even more difficult to find an understanding of this in many of the institutions, particularly the universities, that are the beneficiaries of the foundation’s grant programs.

The family’s frustration with “their” foundation’s betrayal of Detroit boiled over a few years prior.

The July 1967 Detroit riots created a sense of urgency in Henry Ford II. Among other efforts, he invested in and spearheaded the development of the Renaissance Center, the cluster of riverfront towers that are now the Detroit skyline’s most dominant feature. (This effort was undertaken personally by Ford and not a part of the Foundation’s work.) Yet, when the city declared the largest municipal bankruptcy in U.S. history on July 18, 2013, it was still suffering from unhealed riot wounds inflicted 46 summers earlier. The honorable efforts of Henry “the Deuce” and others like him over almost five decades hadn’t done enough to restore the city’s broken civic and political institutions.

One of the inner-city institutions put under financial duress by the riots was the Henry Ford Hospital.

According to The Fords: An American Epic, a family history authored by Peter Collier and David Horowitz, Ford Foundation President McGeorge Bundy repeatedly rejected Henry II’s brother, Benson, when he went pleading for aid for the hospital. Bundy had come to the Foundation after serving as National Security Advisor (and a Vietnam War hawk) for President Lyndon Baines Johnson. The only remaining family member on the Ford Foundation board at that point was Henry II, and when Henry picked up the task after Benson had given up, Bundy doubled down on rejecting the family’s request.

The hospital’s true champion became Henry II’s then-wife, Cristina, who rallied both her husband and the family to the cause, shaming the foundation in the process.

“Do you forget that the old man left three billion dollars to the foundation?” asked Cristina of Bundy, according to the account in The Fords. “He gave it to you instead of his own children!”

She pointed out to another board member the bad optics of the Foundation building itself a $45 million headquarters in New York City, yet finding no charity for a hospital in the devastated Motor City.

Eventually a $100 million grant was provided, but Bundy said it was a “terminal” gift, effectively telling the family and the hospital to buzz off.

“He should have had to pull teeth to get it,” sniped another trustee. “Did any other hospital get that much money?”

Kicking Detroit in the Teeth

If extracting $100 million almost five decades ago was tough dental work, then the Ford Foundation was metaphorically kicking its hometown benefactors right in the teeth by 2005. Grants addressed to organizations within the city that year totaled just $698,000. In early 2006, the president of the firm that managed the Henry Ford Museum revealed the last grant they had seen from the Ford Foundation had been way back in 1973.

For comparison, all recipients with addresses in Oakland, California (a city smaller than Detroit) racked up nearly $5.4 million in Ford Foundation grants for 2005, while those within the entire state of Michigan (Detroit included) received just $2.2 million.

More telling, still, was the support for the Center on Budget and Policy Priorities (CBPP), a think tank in Washington, D.C., that reliably recommends more government spending and intervention as answers to every policy challenge and social ill. This left-wing D.C. organization alone received more than $1.7 million in Ford Foundation support for 2005, well more than double the grants to all recipients in Detroit. (CBPP is also a favored recipient of funding from the Soros-backed Open Society Foundations.)

That wasn’t an ideological outlier, but one of countless expensive examples of the priorities of the Ford Foundation trustees. Also in 2005, they elected to give $3.5 million to the National Women’s Law Center, a left-wing public interest law firm in D.C. The NWLC website recently featured a call to action encouraging visitors to lobby against the confirmation of Justice Brett Kavanaugh to the U.S. Supreme Court.

By 2005, the generation born and raised in Southeast Michigan in the 1960s mostly recognized the Henry Ford Museum, its affiliated historical showplace Greenfield Village, and the Henry Ford Hospital system as the primary gifts left to the region by the first Ford generation. Very few knew of the Ford Foundation, let alone what it had been doing with the largest chunk of the Ford family’s charitable legacy.

In the next installment of Ford Abandons Detroit, learn which projects the Ford Foundation sponsored once it was convinced to make grants in its home city.