Featured Op-Ed: How Many School Shooters Have Left-Wing Policies Created? 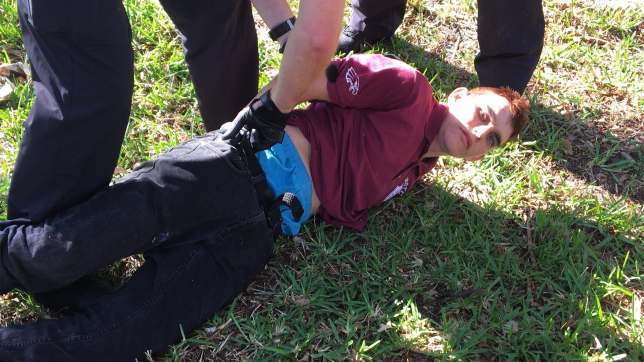 Crossposted from the Western Journal — article is dated March 16, 2018

After the high school massacre that left 14 students and three school employees dead in Broward County, Florida, fingers have been rightly pointed at the Obama administration and left-wing activists for promoting the reckless theory that arresting and detaining young lawbreakers like accused spree-killer Nikolas Cruz is a terrible thing that somehow mutates them into criminals.

For a quarter century, Broward County has been Ground Zero for the anti-incarceration movement that seeks to keep all but those young offenders accused of the gravest crimes at liberty honing their illicit skills. Broward has been setting the example by slowing the “school-to-prison pipeline,” a conspiracy theory construct in which modern-day America is a Dickensian dystopia of institutional cruelty that routinely shafts the young, the poor and minorities.

No organization has done more to keep juvenile offenders across America on the streets instead than the Baltimore-based Annie E. Casey Foundation.

The $2.6 billion philanthropy’s seminal program, the Juvenile Detention Alternatives Initiative, began in 1993 in Broward County, growing out of a lawsuit that claimed a juvenile facility was overcrowded.

My organization, the Capital Research Center, reported in 2010 about the program’s risky laxity and warned of the havoc it would wreak:

Broward County officials responded to the suit with a series of measures that would later form the core JDAI guidelines. They devised a test to screen arrested youths, determining which young people needed to stay in detention awaiting trial for violent offenses or because they posed a flight risk, and which could be channeled into alternatives such as home monitoring.

JDAI claims a statistical correlation between detention and recidivism: “(D)etention itself has a significant negative impact on delinquency cases. … (and) might be thought of as the slippery slope into juvenile justice’s deep end.”

Except that correlation does not imply causation. It stands to reason that youths detained by authorities are those most likely to be convicted of crime and to re-offend later.

That JDAI is built on sand hasn’t prevented it from thriving. The Casey Foundation, which doles out large sums to states, localities, and activists to support JDAI-related efforts, boasts its program is “the most widely replicated juvenile justice reform initiative in the United States, reaching youth in more than 300 local jurisdictions across 39 states and the District of Columbia.” There were more than “3,800 fewer youth in detention on an average day in 2016 than before those sites undertook JDAI — a reduction of 43 percent.”

This statistic ought to terrify Americans.

How many more troubled teenagers like Nikolas Cruz are out there right now, shielded and coddled by JDAI-compliant law enforcement officials like Broward County Sheriff Scott Israel?

“This kid exhibited every single known red flag, from killing animals to having a cache of weapons to disruptive behavior to saying he wanted to be a school shooter,” Howard Finkelstein, the Broward County Public Defender whose office now represents Cruz, told The New York Times. “If this isn’t a person who should have gotten someone’s attention, I don’t know who is. This was a multisystem failure.”

Except that it wasn’t a “failure.” The Annie E. Casey Foundation’s Juvenile Detention Alternatives Initiative has been working as intended, promoting the well-being of young offenders at the expense of victims and society, and giving a generation of young criminals a green light to maim and murder.