Featured Video: Democrats Are the Party of Big Business 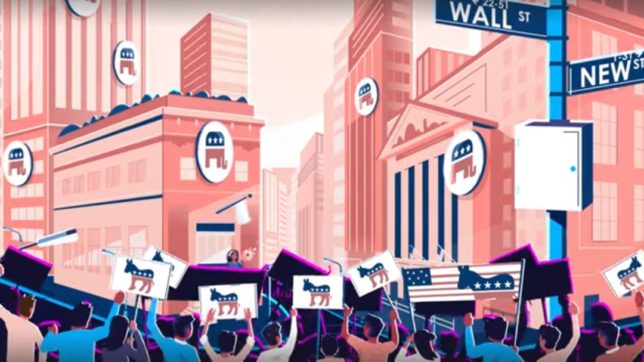 Historically, Republicans have had the reputation as the party of big business. And today, Democrats continue to champion themselves as the party of the common man, fighting against entrenched Republican business interests. But is that actually true?

In 2012, 69 percent of Wall Street political contributions went to Republicans while only 31 percent went to Democrats. But in less than a decade, that has radically shifted.