Just to prove we were paying attention. 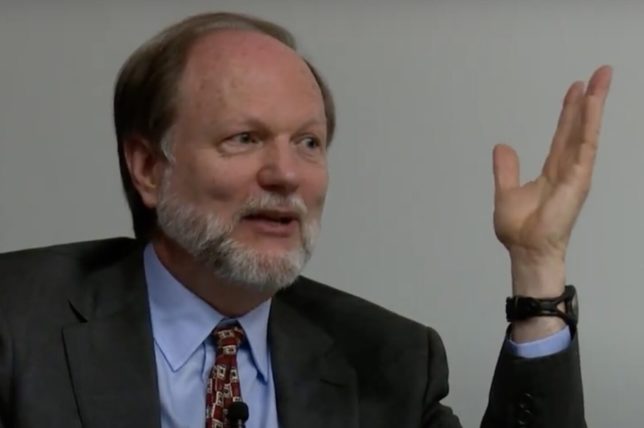 Institute for Free Speech president David Keating offered a helpful comment in February 2018 during a panel discussion at the National Press Club in Washington, D.C., about a Capital Research Center report that Michael Watson and I researched and wrote, The Flow of Funding to Conservative and Liberal Political Campaigns, Independent Groups, and Traditional Public Policy Organizations Before and After Citizens United. He was right.

Relying on data from the Federal Election Commission (FEC) and compiled by the National Institute for Money in State Politics and the Center for Responsive Politics (CRP), the report compared the total amount of money raised by political campaigns and independent groups during the two full, two-year election cycles before and after the U.S. Supreme Court’s much-maligned 2010 Citizens United v. Federal Election Commission decision.

Citizens United, recall, held that laws banning corporations or unions from independently speaking about candidates are unconstitutional. After Citizens United, the U.S. Court of Appeals for the District of Columbia Circuit ruled in SpeechNow v. Federal Election Commission that limits on contributions to independent-expenditure political committees are also unconstitutional. 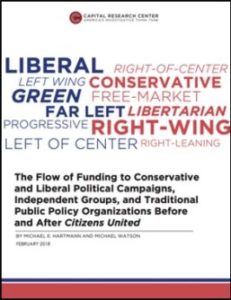 The two full cycles before the decision, 2005-06 and 2007-08, included 2008’s election of President Barack Obama, of course. The two cycles afterwards, 2011-12 and  2013-14, included the incumbent Obama’s 2012 re-election. Examining two cycles before and after Citizens United accounted for both a presidential and midterm election in each case, however.

For all Republican campaigns, including for both federal and state elections, “reported receipts grew 25.4 percent, from about $3.8 billion during the two full pre-Citizens United cycles to $4.7 billion for the two full cycles after it,” according to the report. For all Democratic campaigns, “they decreased 9.1 percent, from around $4.6 billion before to almost $4.2 billion afterwards.”

For independent groups in the same two sets of full, two-year, pre- and post-Citizens United cycles, “estimated spending by conservative groups in federal elections collectively grew 684.0 percent, from about $131.0 million to $1.0 billion. By liberal groups, it grew 124.7 percent, from just more than $235.0 million to almost $528.0 million.”

During his remarks, Keating opined “about the total numbers given between Democrats and Republicans, whether it’s for independent groups or for candidates and political action committees. I think that’s pretty much solely” a function, he said, “of what party is in the minority.

“It’s always easier to get people to get people to give money when there’s this ‘terrible person’ leading the other party, right? You saw this with the left during the Bush years,” in the 2005-06 cycle, he continued. “I mean, those were terrible years for Republicans politically. Same with 2007-2008. It was really easy to raise money for Democratic candidates running against Bush’s policies.

“Then, flip things over. Obama gets elected” in 2008, Keating went on, and

Republicans and conservatives see him as “frightening” in terms of his policies. If you looked at this surge of support for Democrats and liberals in 2005 to 2008, if you use that as your base period, and then you look at 2011 to 2014 as the other period, well, those were years where Republicans were on the outs. It’s not at all surprising to me you’d see that shift, and I think that’s just simply a matter of the political situation.

You see this in [nonprofit] organizations as well. My guess is the organizations to the left that are policy-advocacy groups …, which are more dependent on individual funding, they probably had a tougher time raising money when Obama first got elected. Likewise, groups on the right probably had an easier money job of raising money. I think a lot of that is based on the current political environment.

So far in the current 2019-20 cycle, in which incumbent President Donald Trump is a candidate for re-election, according to FEC data as of this writing, reported receipts for Democratic candidates for federal office have totaled more than $2.9 billion. For federal Republican candidates, they’ve totaled $962 million.

As for independent groups so far this cycle, according to CRP’s numbers as of this writing, liberal ones have spent $119.8 million and conservative ones about $58.3 million.

This article first appeared in the Giving Review on May 4, 2020. 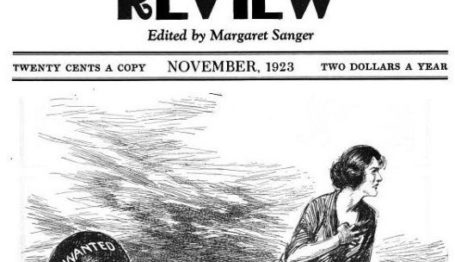 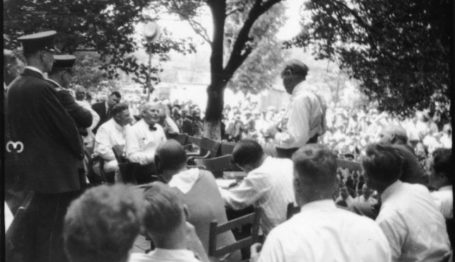