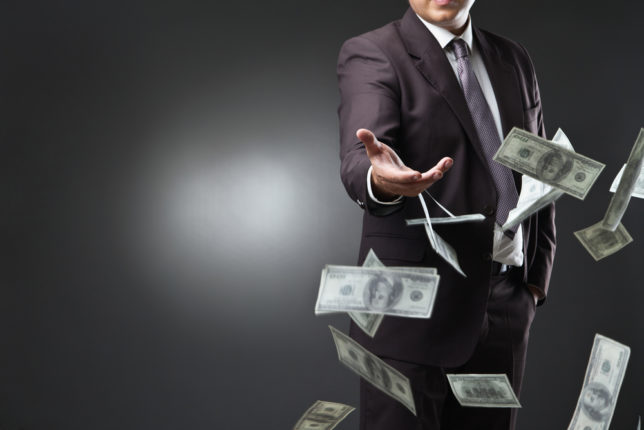 As the country prepares to head to the polls this November, Alaskans will also be asked if they want to hold a constitutional convention to decide important issues like reapportioning the Permanent Fund dividend, which has become a charged issue in recent years.

As you might expect, where money’s involved D.C. special interests aren’t far behind.

The main group opposing the convention is Defend Our Constitution, which has been described as a “bipartisan” mix of Republican lawmakers, ex-Attorney General Bruce Botelho, and Big Labor.

The group’s website explains that it was formed to stop “outside special interest groups and dark money” from promoting their own agenda over that of Alaskans.

Left unmentioned is its top contributor: the “dark money” group Sixteen Thirty Fund, which dumped a cool $500,000—you read that right—into Defend Our Constitution’s coffers in July, accounting for 61 percent of the latter’s contributions since December 2021.

That name shouldn’t sound familiar… and that’s the point. Sixteen Thirty Fund is part of a $1.7 billion political machine run by Arabella Advisors, a D.C.-based consultancy for liberal mega-donors, many of whom share the same last name: Foundation.

It’s unclear why Arabella is mixed up in the convention fight. But after more than three years of tracking and reporting on this “dark money” giant, I’m certain of one thing: Left-wing donors choose Arabella because they want to fund politics, not philanthropy.

The Arabella empire specializes in funneling secret money to the Left’s most extreme causes, including packing the Supreme Court with “progressive” justices and granting statehood to D.C. One of the network’s creations, States Newsroom, is already spreading partisan news to Juneau, Anchorage, and other cities across Alaska.

Incredibly, this machine went totally unnoticed by the mainstream media until the Capital Research Center exposed it in 2019. Since then, Arabella’s become the poster child of “dark money” and its activist campaigns have been dragged into the light.

Because most of the Arabella network’s donors remain hidden, we don’t know who channeled the $500,000 grant through Sixteen Thirty Fund to Defend Our Constitution, or why.

But we do know that the same sort of professional operatives we’ve exposed in the past are working on overdrive to defeat Alaska’s convention measure.

As of late August, Defend Our Constitution had spent over $278,000 in independent expenditures (largely campaign ads) opposing the measure since January. In comparison, the measure’s main backer, ConventionYes, has spent less than $5,000, according to steering committee member Jim Minnery. It doesn’t expect to spend much more than that.

On Aug. 9 alone, Defend Our Constitution dumped $18,634 into social media ads through Yuit Communications, an Anchorage-based P.R. firm with staffers drawn from the congressional campaign of Alyse Gavin (D) and Gov. Walker’s (I) administration.

Defeat aside, Washington elites were entranced by Heckendorn, whom liberal Politico gushed over as “reviving progressivism” in Alaska in an article titled “How to Turn a Red State Purple (Democrats Not Required).”

Here’s the bottom line: There’s more to this ballot question than meets the eye.

Deciding on a constitutional convention isn’t a simple black-and-white issue. Alaskans should weigh the merits for themselves—and that starts with having all the facts.

This article originally appeared in Must Read Alaska on September 2, 2022.