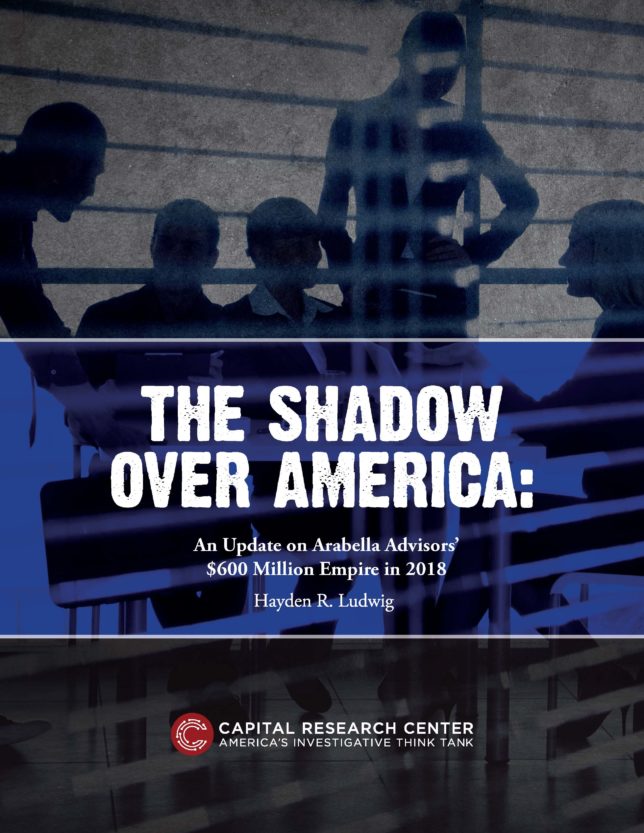 In The Shadow over America we continue to pull back the curtain on this vast political machine known as Arabella Advisors. Our sequel report dives deeper into the Arabella nonprofit netherworld and its role as a massive pass-through conduit from liberal foundations to leftist activists and lobbying giants.

This network is centered on four nonprofit “sisters”—the Sixteen Thirty Fund, New Venture Fund, Windward Fund, and Hopewell Fund—operating from the office of Arabella Advisors, a major for-profit consultancy in the heart of Washington, DC. Since 2006, this network has pumped a stunning $2.4 billion into politics with nary a peep from “dark money” hawks such as Sen. Sheldon Whitehouse (D-RI) while liberal groups bemoan the threat of conservative political spending to the republic.

The Shadow over America unearths the startup funders of the Sixteen Thirty Fund (Arabella’s in-house lobby shop) to show how Sixteen Thirty bears the legacy of long-“dead” ACORN. And we reveal how Arabella used its $600 million to tilt the 2018 midterm election toward Democrats by bolstering Democratic voter turnout and launching phony state-based “pop-ups” meant to fool voters into believing they were grassroots campaigns.