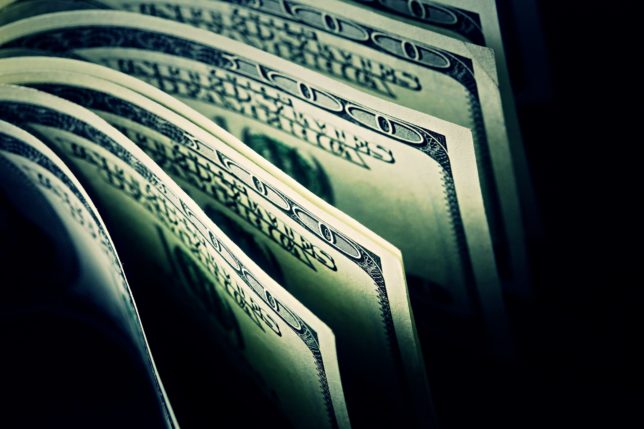 While most Americans were hooked on the 2020 electoral battle between Joe Biden and Donald Trump, Washington’s biggest “dark money” network was quietly funneling tens of millions of dollars into races meant to flip the Republican-held Senate and advance the left’s permanent transformation of America.

Arabella Advisors is a for-profit consulting firm founded by former Clinton administration staffer Eric Kessler, who started his career as an environmental activist for the League of Conservation Voters. The firm controls four nonprofits (the “sisters”) with vague names and a common address: the 501(c)(3) New Venture Fund, Hopewell Fund, and Windward Fund, and the Sixteen Thirty Fund, Arabella’s 501(c)(4) lobbying shop. Each of these nonprofits pays the company for the privilege of being staffed and led by Arabella folks ($137 million since 2008), and all four are behemoths—bringing in $731 million from difficult-to-trace donors in 2019 alone.

My colleagues and I at the Capital Research Center have studied the Arabella network for over two years. Here’s how it works.

Arabella’s nonprofits act as the left’s premier pass-through funders for professional activists. Big foundations—including the Gates, Buffett, and Ford Foundations—have laundered billions of dollars through this network, washing their identities from the dollars that go to push radical policies on America.

But the real juice from these nonprofits comes from the vast array of “pop-up groups” they run—called so because they consist almost solely of slick websites that may pop into existence one day and pop out the next, usually once the campaign is through. We’ve counted over 350 such front groups pushing everything from federal funding of abortion to overhauling Obamacare to packing the Supreme Court.

Arabella is as dark as “dark money” gets. It’s also the prime example of liberal hypocrisy over anonymous political spending, operating in nearly total obscurity from the mainstream media, liberal dark money hawks like Sen. Sheldon Whitehouse (D-RI), or even the conservative movement, from 2005 until 2019, when the Capital Research Center yanked it into the spotlight.

As more of this massive web of groups—responsible for churning out nearly $2.5 billion since its creation—has come into focus, one thing’s become clear: When a special interest donor goes to Arabella, they’re expecting a political payoff.

Nothing better illustrates this than the network’s spending spree in 2020, when it channeled an unprecedented sum into critical races that handed key Senate seats to the Democrats, passed liberal ballot initiatives in states, and even set up the campaign to make the District of Columbia the 51st state. And all of this was run from Arabella’s plush offices in downtown Washington, D.C.

Take Colorado, where the Sixteen Thirty Fund paid $4 million in 2019 to the 501(c)(4) Rocky Mountain Values, which describes itself as an “organization made up of real Coloradans—not special interests.” Rocky Mountain Values spent $1.3 million—more than twice the amount spent by the right-leaning Chamber of Commerce—on attack ads accusing Gardner of taking “hundreds of thousands of dollars” from D.C. lobbyists then “voting against commonsense limits” on prescription drug prices.

Almost nothing concrete about this group of “real Coloradans” can be found. Its Grand Junction address is a two-bedroom house, and it isn’t listed in the IRS nonprofit database. But its director, Alvina Vasquez, is the communications director of Strategies 360, a top public relations firm whose senior vice president ran the 2020 Senate campaign of John Hickenlooper, the Democrat who unseated Republican Cory Gardner.

Here’s the kicker: Rocky Mountain Values was backed by another $425,000 in anti-Gardner ads paid for by two other Sixteen Thirty Fund pop-ups: the court-packing group Demand Justice, and Protect Our Care, which supports Obamacare. For Arabella, this was an inside job.

The story repeats itself in Arizona, where Sixteen Thirty shifted $4 million to Advancing AZ (also called “Honest Arizona”), a (c)(4) formed a scant six months before the November election whose leader, Steve Gomez, has close ties to Majority Forward, the independent expenditure arm of the Democrats’ Senate Majority PAC.

That cash went into ads (some in Spanish) attacking Republican Sen. Martha McSally for voting to overturn Obamacare, claiming she would hike drug prices for seniors and eliminate healthcare coverage for nearly 3 million Arizonans with pre-existing conditions. Advancing AZ even held a mock town hall called “Missing Martha McSally” (she didn’t attend) co-hosted by the Sierra Club, Planned Parenthood, and others, with Democratic Arizona representative Ruben Gallego standing in for McSally to answer voters’ questions. McSally went on to lose reelection by 79,000 votes.

In Maine, Sixteen Thirty spent $3.9 million to help Maine Momentum, created by a former aide to local Democrat Rep. Chellie Pingree to defeat Sen. Susan Collins. Unlike its cohorts in Colorado and Arizona, however, Maine Momentum came under fire for attack ads even the Washington Post called “mostly false.” The group’s leadership even lied about its connections to Arabella, claiming it didn’t work with Democratic organizations and was “totally Maine-based”—before tax records revealed it was funded by the Sixteen Thirty Fund.

In Iowa, Sixteen Thirty gave $2.9 million to the self-described “grassroots” group Iowa Forward to knock off Sen. Joni Ernst. Within six months of its creation the group dumped $600,000 on attack ads criticizing Ernst for voting to repeal Obamacare, even wheeling out a billboard at the Iowa State Fair in 2019 demanding she “stop voting to gut our health care.” Ernst defeated her opponent by more than 110,000 votes.

The common thread between these races is healthcare, and it isn’t hard to see why; Democrats arguably won their 2018 House majority by thumping Republicans on the issue. But far from leaving these critical Senate races to chance, Sixteen Thirty Fund funneled tens of millions of dollars into tilting election outcomes to favor Democrats—with no accountability to the local voters it duped.

The North Fund: From Dark to Darker

Closely connected to Sixteen Thirty is the North Fund, a mysterious 501(c)(4) group with no online presence and a co-working space address in Washington, D.C. North Fund is a front for Sixteen Thirty Fund—which was its sole donor in 2019, passing $9.3 million to North Fund, a huge increase considering that its revenues were less than $50,000 in 2018. It also maintains a paid relationship with Arabella Advisors to provide “administrative support” and other services, according to its Form 990, as do Arabella’s other nonprofits.

The group is led by a handful of Democratic operatives, including a former aide to former Senate Majority Leader Harry Reid (D-NV) and Jim Gerstein. Gerstein was a consultant for left-wing groups and political candidates, and he previously led Democracy Corps, the boutique strategy firm founded by Democratic strategists James Carville and Stanley Greenberg, the authors of Bill Clinton’s winning presidential campaign strategy.

North Fund is the puppet master behind “51 for 51,” the top campaign to grant statehood to the District of Columbia with a seven-figure ad blitz pushing the idea. Granting D.C. statehood would all but guarantee the Democrats a Senate majority by creating two additional Senate seats representing Washington’s 700,000 residents. House Democrats narrowly voted to advance a statehood bill on April 22 along party lines (216-208), but it will almost certainly die in the Senate, where Democrats and Republicans are tied 50-50 (the bill requires 60 votes to pass).

North Fund has also spent at least $200,000 lobbying Congress on bills, including the “For the People Act” (H.R. 1), the Democrats’ leading effort to dismantle voter ID requirements, federalize elections and the congressional redistricting process, and, ironically, end “dark money” in politics by forcing groups to disclose their donors—a serious breach of the First Amendment. It’s likely part of Sixteen Thirty’s own lobbying for H.R. 1, which the group’s director recently explained was part of its efforts to “reduce the influence of special interest money in politics, and rebuild the trust of all Americans.”

But don’t expect Sixteen Thirty Fund or its allies to disclose their donors any time soon. When pressed by the state of Montana to reveal its donors after plunging $4.8 million into the state’s largest pro-marijuana legalization group last year, North Fund refused. The initiative passed.

That’s just the tip of the iceberg. North Fund poured millions of dollars into defeating Colorado’s proposed 22-week abortion ban (defeated), supporting Missouri’s Medicaid expansion (passed), and passing Ohio’s minimum wage hike (didn’t make the ballot) among others. It even supported an unsuccessful constitutional amendment to radically change how Arkansas draws its congressional and legislative maps to bring it in line with California and other states with supposedly “independent” redistricting commissions.

But good luck tracing these dark dollars back to their original donors. That’s Arabella’s specialty—remaking America in the left’s own image without leaving a money trail.

This article originally appeared in the American Conservative on May 12, 2021.