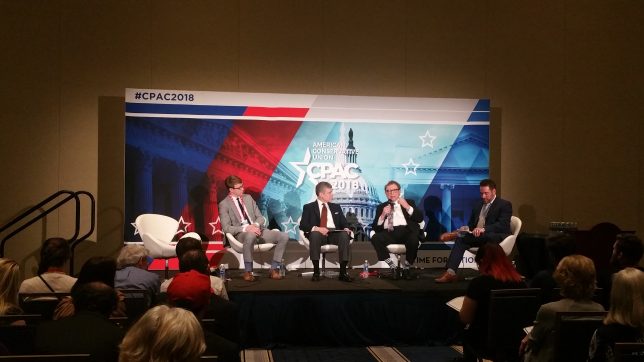 Capital Research Center president Scott Walter spoke at CPAC 2018 in a special breakout panel on the future of immigration in America. The panel was hosted by Christopher Malagisi of Conservative Book Club, and also featured Rep. Michael Burgess M.D. (R-TX), David Bier of the Cato Institute, and Ralph Z. Hallow of the Washington Times.

What should the goals of any serious immigration proposal be, and what are the challenges facing it?

“I want to look at this issue as a matter of political philosophy,” Walter said. “How are we going to get immigrants and prospective immigrants to become great American citizens?”

The United States is the only nation in the world with a central creed. We may be a nation built by immigrants, but those immigrants believed in the American way of life. That kind of patriotic assimilation should be the goal of any wise immigration proposal – however many immigrants you believe we should bring into America each year.