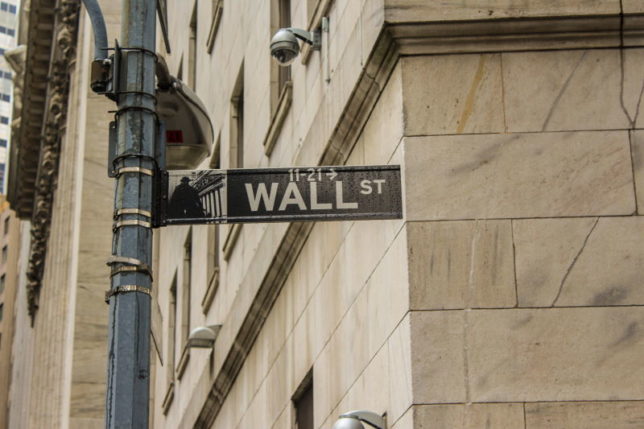 In the wake of the Capitol Hill siege, a slew of corporations announced that they would be cutting ties to Republican lawmakers who voted against certifying the election of Joe Biden. In the corporations’ interpretation of events, a doomed certification challenge caused the hundreds of thousands of Trump supporters to show up in Washington, gave them false hope, and riled them up in hopes of overturning the outcome.

Whether that is true or not, 147 Republican lawmakers voted against the election certification. Eight Republicans senators contested the results, including Josh Hawley (MO), Rick Scott (FL), Tommy Tuberville (AL) and Ted Cruz (TX). Roughly 30 percent of the members of the House of Representatives objected.

Blue Cross Blue Shield Association, a major federation of 36 insurance companies, was a regular donor to Republicans. Through its BLUEPAC, it typically favored Republicans over Democrats. It had given $10,000 to Tuberville, $1,000 to Marshall, and $500 to Hawley for the 2020 election—all voted against certification.

On January 10, Judd Legum’s political newsletter Popular Information reported that Blue Cross was suspending all donations to the objecting lawmakers, whose actions were “weakening our political system and eroding public confidence.”

This, however, was only after the Capitol was stormed, not when 14 Republican senators had previously said they would vote to object before the hearing was held. The timing strongly suggests that Blue Cross caved to media and political pressure for PR reasons, not on account of their alleged moral reasons or political principles.

After Popular Information’s report, other corporations followed suit and began issuing statements that expanded on their policies.

A few dozen corporate entities, including Google and others listed above and Coca-Cola and Goldman Sachs, have awkwardly tried to not offend anyone—impossible in a situation like this—by opting to suspend political donations to both parties. Popular Information has a complete list of companies that followed this course of action in their piece as well.

But campaign finance specialists are already voicing skepticism on whether the companies will follow through with their promises. Hill reporters asked several of the Fortune 500 companies if they would consider permanently severing ties with the 147 lawmakers: They declined to comment.

And Not Only Corporations…

The boycott against the troublemakers is wider than just corporations: The Chamber of Commerce is also withdrawing support. “There are some members that by their actions will have forfeited the support of the U.S. Chamber of Commerce. Period, full stop,” Chamber vice president Neil Bradley said at a press conference. The group had given freshman Sen. Hawley $10,000 for his 2018 election.

In possibly an even more profound development, the Koch network told Politico that “Lawmakers’ actions leading up to and during last week’s insurrection will weigh heavy” in their “evaluation of future support.” The Koch network, with its arsenal of PACs, had been moving away from the GOP since the rise of President Donald Trump and his increasing influence over the party, but this may have accelerated the breakup.

More loyal GOP donors such as the Ricketts family, Home Depot co-founder Bernie Marcus, and financier Ken Griffin declined to provide Politico with comments on their future donation plans. Such silence is deafening, as it reveals they are now unwilling to stick their necks out for Trump and his supporters.

Not Just Members of Congress

The flight of GOP donors is not likely to be confined to this batch of lawmakers. Some journalists are already pressuring corporations to stop supporting Republican members of state legislatures, hoping to capture corporate America’s allergic reaction to conservatism and direct it at ever more local levels. When asked by the New York Times whether they would reconsider donating to the Republican Attorneys General Association, a Walmart spokesperson replied, “As we conduct our review over the coming months, we will certainly factor last week’s events into our process.”

These developments might prove more historic than the impeachment of Trump, which got more coverage. The longer-lasting implications might portend a fundamental realignment of the American political parties.

If the base remains radicalized and the country remains polarized, the GOP may not be able to count on corporate donors in the future as there will inevitably be many more actions that offend corporate America. Conceivably, more corporations could commit to denying their support to ever-wider swaths of the conservative movement. Conservative think tanks, advocacy groups, media outlets, and membership organizations like the Federalist Society—entities that provide an infrastructure for conservative politicians when drafting legislation, mobilizing voters, and appointing cabinet members—could also suffer, especially those that do not have significant backing from private foundations.

If the GOP and the wider conservative movement lose most corporate financial support, they will not even have the option of rejecting the populist revolution Trump wrought. Sheer necessity will drive them to complete his transformation of the party since the only way to gain seats and power would be through making direct appeals to the people and only to the people.

In the past, the GOP was able to play the classic two-step game seen in liberal democracies, where politicians speak out of both sides of theirs mouths to keep voter turnout high and the donations flowing in. But now, without that financial assistance, the GOP will either need to lean all the way into its new working-class image or risk extinction due to sheer irrelevancy, in the eyes of both their increasingly dissatisfied electorate and the donor class.