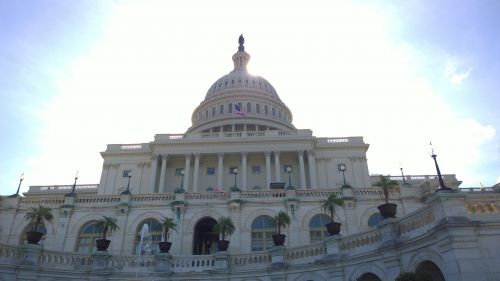 Congress is periodically prone gazing at its own navel, and the latest example is a budding debate over whether congressional staff should unionize. Speaker Nancy Pelosi (D-CA), Senate Majority Leader Chuck Schumer (D-NY), and other senior Democrats have endorsed the effort by a self-described “Congressional Workers Union,” and Rep. Andy Levin (D-MI) intends to introduce legislation to authorize collective bargaining for House of Representatives staff.

This campaign, which has numerous administrative and theoretical problems, illustrates how Big Labor is changing and continuing to diverge from the classical conception of the “working class.”

In 1995, Congress applied a number of federal labor regulations, including certain provisions of the Federal Service Labor-Management Relations Statute (FSLMRS) that governs collective bargaining in the federal civil service, to itself, part of good-government reforms introduced by a new Republican House majority that had been elected in part out of revulsion against the incumbent Democrats’ culture of sleaze. The law created a labor-management regulator, the Office of Congressional Workplace Rights, and created a path for collective bargaining for employees of the legislative branch, such as the Capitol Police. Furthermore, it permitted member office staff and committee staff to unionize if the relevant House of Congress passed a resolution to permit it.

Compared to private-sector unions and government worker unions in most states, federal worker unions under FSLMRS have far fewer bargaining powers. As a Congressional Research Service report notes, the most obvious limitation is that federal worker unions cannot negotiate on matters “specifically provided for by federal law, such as wages and retirement benefits.” Furthermore, federal worker unions are barred from striking and are subject to a right-to-work-style rule prohibiting coercing dues payments from non-union members who are required to accept representation by the union. Federal unions can negotiate conditions of work not specifically laid out in statutes (the CRS report identified parking space allocation as one such valid subject), and government workers conducting union business are entitled to the controversial “official time,” taxpayer-paid leave for time spent away from their government jobs to conduct union work.

The Congressional Workers Union effort has arisen amid longstanding complaints about poor pay for congressional staff and about egomaniacal bosses. (The bosses are, after all, members of Congress). The solution pushed by Democratic staff and tracked by the left-wing pressure group Demand Progress is the same one that Democrats and left-wing pressure groups always propose: labor unions. And that’s where the Congressional Workers Union comes in.

As of writing, numerous Democratic members have expressed support for the effort alongside Democratic congressional leadership. But that partisan qualifier illustrates the principal difficulty with seeing organized labor as it exists as the solution to congressional workplace complaints: Organized labor is mono-partisan (Democratic), and Congress is not.

A Question of Offices

The drafters of the 1995 law appear to have avoided the most obvious problem: Most observers conclude that each Member’s office, rather than all congressional offices together, are independent “agencies” for purposes of union organization. Therefore, the Democratic House majority cannot force the Republican minority offices to unionize alongside the Democratic ones and subject the Republican staff—who are largely partisan Republicans who oppose organized labor as it exists—to the union rules. So to an extent, congressional unionization would be a natural experiment in efficiency between a unionized office and a non-union one.

There’s a chance that the majority and minority staffers on each committee could try to organize separately, which in practice would likely mean only the Democratic staff would organize. It’s then unclear what might happen after a shift in Congress. If, for example, Democratic staffers for the House Appropriations Committee formed a union this year and then Republicans took over the chamber after the election, it would be up to OCWR, presumably, to decide whether the union would still represent majority staffers or follow the Democrats into the minority.

A Class Analysis of New Labor

Congressional Democrats, who can authorize unionization on the House of Representatives side without Republican votes, may advance the resolution necessary to authorize staff unions. The Senate, which must overcome the super-majority filibuster and the skepticism of less-liberal Democrats, seems less likely to advance the measure. Limitations on federal unions’ power and the division of the congressional workplace will limit the damage done to workers in Congress who dissent from organized labor’s prevailing radical-Left ideologies, though the committee problem means the threat will not be eliminated.

More interestingly, the unionization effort itself is illustrative of the “New Labor” that complicates the labor conservatives’ efforts to use labor unions and labor union–like structures to represent the working-class supporters of conservative and populist causes. Congressional staffers resemble journalists—whose unions are growing, militant, radical-Left-aligned, and dedicated to the suppression of all right-deviationist thought—in a key way: They have more status than money.

Congressional staffers tend to be college-educated, but their pay relative to other pixel-pushing occupations in Washington, DC, is notoriously low (at least for entry-level staff). But working for a member of Congress comes with prestige by association and the prospect of future payoffs as a lobbyist, policy advocate, or politician. So the posts are fairly high status as entries to the pixel-pushing world go.

And that “status-income disequilibrium” is a marker for aligning with the Left in present political and class divisions. Those on the Right tend to have more money than status: Think of the supporters of then-President Donald Trump holding “boat parades” during the 2020 campaign. The left-progressive media derided them and subjected them to ridicule, but even though they might not be rich, they did have enough discretionary income to own and maintain boats or boat shares. The “working-class Republican” of the labor conservatives’ dreams is often as not an independent contractor or very highly paid skilled worker at a dangerous job, not a factory line worker—well paid (especially relative to cost of living), but without the status of even an entry-level journalist.

And that entry-level journalist—like the congressional staffer—likely has student debt and other costs incurred in getting to DC, which also has an unhelpfully high cost of living. So while the journalist has status, she feels herself squeezed by financial pressure and an ideological culture of conformity to the Left—even the hard Left. Unionization is an easy sell: Organized labor ideologically aligns and holds out the frequently unrealized promises of job security and higher pay.

Republican staff would be unlikely to unionize despite status-income disequilibrium. They have largely chosen their toil for ideological reasons, and with that ideology comes well-justified skepticism of a hostile labor movement. And the class analysis that demonstrates the causes of the Congressional Workers Union’s proto-existence also demonstrates why the union movement took a hard-left turn from liberal to socialist in the 1990s: The white-collar, government worker, and profoundly ideological factions within it took power. The blue-collar factions less affected by status-income disequilibrium and the disequilibrium’s attendant left-inclination have only grown smaller. The Congressional Workers Union—like the recent campaigns to organize online journalists—would only further increase the power of the white-collar leftist faction.