As excerpts of a Watergate hearing show, concerns about the political activity of tax-incentivized charity are not new—having arisen soon after the 1969 Tax Reform Act that still provides the legal structure of nonprofitdom. 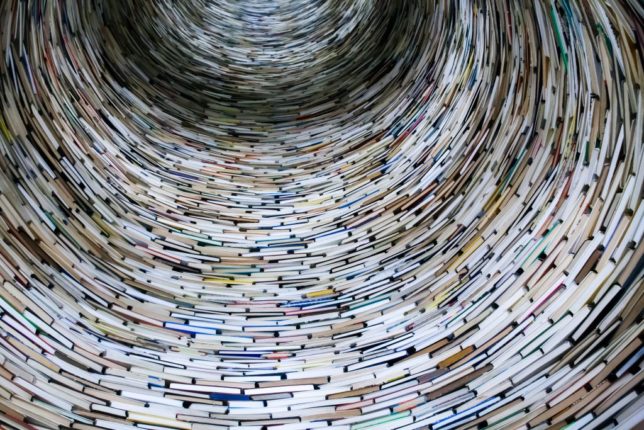 Citing the Ford Foundation and some of its grantmaking specifically, President Richard Nixon’s pugilistically populist advisor Patrick J. Buchanan told a Senate Watergate Committee hearing in 1973 that “tax exempt multimillions have the effect, in my personal judgment, of unbalancing the political process.” (Audio of the entire proceeding can be heard here.) During his testimony, Buchanan then explained and aggressively defended his position—as well as his recommendations, including in some White House memoranda that he wrote, to do something about it.

Held less than four years after passage of the 1969 Tax Reform Act that still provides the legal structure of nonprofitdom, the hearing also featured at least two committee members saying they thought the politicization of philanthropy in tension with, if not actually outright contrary to, the law was a matter warranting further investigation and potential legislation.

“I am deeply disturbed about the role of foundations in any event, because of their tax-free situation,” said committee vice chair Sen. Howard H. Baker, Jr., of Tennessee. They

are able to amass huge sums of money and control huge blocks, huge amounts of capital in this country and I think this committee ought to look into what is the appropriate role, if any, in the formulations by foundations of public policy, public attitudes, and political undertakings. … I suggest that that may be an inquiry that we need to approach, and I hope that we shall. 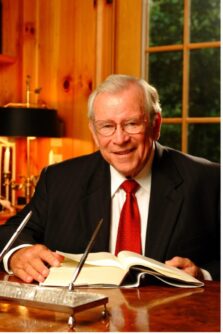 The Role, and Legal Structure, of Nonprofits

In questioning Buchanan, Sen. Herman Talmadge of Georgia—a member of the Senate Finance Committee, as well—said,

I am thoroughly aware, as you are, that some of these foundations have intruded into the political arena when they should not have. We have tried to correct it in legislation. I have even tried to go further, I have inserted in tax bills provisions to get them out of the arena of voter registration. But I lost that battle on the Senate floor.

After Buchanan mentioned that he didn’t think the nonprofit Brookings Institution itself should necessarily lose its tax-exempt status, Talmadge said, “If they get involved in politics, I think their tax exemption should be denied because they violate the law.”

Talmadge sought to clarify whether one could interpret a past Buchanan memo to propose tax-exemption only for conservative foundations. “The only yardstick you can have, as I see it, is whether or not they engage in politics and if they are engaged in politics. Democratic. Republican. Liberal. Conservative, or Reactionary,” Talmadge told Buchanan, “they out to be put out of business.” Buchanan replied: “Not put out of business, have their tax exemption taken away.” Talmadge replied: “Exactly, that is what I mean.”

Later, Talmadge added, “If you have some recommendations for improvement of foundations to get them out of the political arena, you get the President to send up an appropriate message and you will have my support.”

Back to the Future?

The President to whom Talmadge is appealing there, of course, was Nixon—a Republican, one who signed the ’69 Tax Reform Act, which was passed by a Democrat-controlled Congress. “Tax-free foundations were brought under much closer Federal scrutiny,” Nixon observed in his signing statement, “although Congress wisely rejected provisions that would have hampered legitimate activities of the voluntary sector. At the same time, we must recognize that congressional consideration of this matter reflected a deep and wholly legitimate concern about the role of foundations in our national life.”

Talmadge was a Democrat; Baker a Republican. Historically, in general, Congressional challenges to philanthropy have been most likely when dissatisfaction with it is evinced on bipartisan and cross-ideological bases.

Regarding the particular expressions of concern from Baker and Talmadge about politicized nonprofits at the Watergate hearing, the General Accounting Office two years ago reported that from fiscal years 2010 through 2017, the U.S. Internal Revenue Service examined only 205 tax-exempt charities (out of more than 1.5 million tax-exempt organizations) for political activity.

The 50th anniversary of the hearing, and those questions, will be next September 26.

(“Hat tip” to Neil Hrab for bringing the hearing to my attention.)

This article originally appeared in the Giving Review on July 12, 2022.