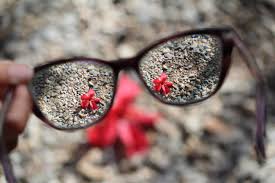 Considering the financial benefits, it is little wonder why so many are investing their philanthropic dollars in donor-advised funds—particularly seniors concerned with preserving their intent for their wealth. We have only to consider the ill-fated legacies of Henry Ford, Andrew Carnegie, and John D. Rockefeller—pious Christians and capitalists, whose collective wealth now funds virtually every social engineering scheme of the Left—to understand why defending donor intent matters. As the histories of the Ford Foundation, Carnegie Corporation of New York, and Rockefeller Foundation show, leaving one’s wealth to a private foundation is risky. As CRC senior fellow Martin Morse Wooster details in How Great Philanthropists Failed and How You Can Succeed at Protecting Your Legacy, the people who will manage a donor’s wealth after that donor passes away may decide to fund causes that the donor would never have supported.

While there is no fool-proof way to preserve donor intent, DAFs generally allow account-holders to designate successors. Mission-driven DAF providers also provide an additional level of security for donors’ legacies by barring donations to organizations that conflict with the religious or political views of the donor.

The Milwaukee-based Bradley Foundation, one of the largest right-of-center grantmakers in the country, offers its own DAF, the Bradley Impact Fund. The Bradley Foundation makes its goals for the fund clear: It is for donors “committed to American constitutional liberties and ideals,” and to that end, makes grants to “support a wide array of well-vetted organizations committed to advancing conservative values” as well as more traditional charitable groups (e.g., those which support the arts, education, and public health).

But the largest conservative DAF provider, by far, is DonorsTrust. Founded in 1999 and headquartered in Alexandria, Virginia, its goal is protecting “the intent of libertarian and conservative donors,” according to an August 2017 interview with DonorsTrust president Lawson Bader. It is substantial, too; the organization’s Form 990 filing for 2016 shows $187.5 million in total assets, $92.6 million in contributions, and $68.6 million in expenditures. (In the spirit of disclosure, CRC has received gifts from donors through both the Bradley Impact Fund and DonorsTrust.)

Although it funds numerous nonpolitical nonprofits and causes, 80 percent of the grants DonorsTrust makes each year go to support public policy organizations. However, this comes with its disadvantages.

Liberal publications regularly attack DonorsTrust as the “dark-money ATM of the right” because of its steady funding to conservative and libertarian think tanks like the American Enterprise Institute, Cato Institute, Heritage Foundation, and smaller right-of-center groups—such as the investigative journalism group Project Veritas and the conservative magazine the Weekly Standard.

SourceWatch, an agitation website run by the far-Left Center for Media and Democracy, blasts DonorsTrust for “funding Islamophobia in the United States.” Liberal blog ThinkProgress (published by the Center for American Progress Action Fund) has savaged the DAF provider for funding “some of the leading lights in the climate denial campaign.” Environmentalist radicals at Greenpeace have assailed DonorsTrust for accepting $3.3 million from two foundations affiliated with libertarian philanthropist Charles Koch between 2007 and 2011.

An operative of the left-wing attack PAC American Bridge 21st Century (founded by Clinton operative David Brock) even accused DonorsTrust of “obscur[ing] a lot of source money on the Right” during CRC’s live “Stump the Experts” episode of the InfluenceWatch Podcast at CPAC 2018, asking us if we know of “any mechanism by which the Left uses to disguise where its money is coming from.” (Listen to the InfluenceWatch Podcast for February 22nd or watch the video below.)

CRC president Scott Walter was all too happy to answer the operative’s question: “Look up the Tides Foundation.”

The Tides Foundation is one of the better-known ideological DAF providers in the United States, and for good reason. Tides founder Drummond Pike pioneered the ideologically motivated DAF provider structure when he co-created the organization in 1976. As we’ve seen, Tides wasn’t the first nonprofit to host donor-advised funds; but it was the first DAF provider created to help liberal philanthropists fund the left-wing agenda—and Pike had an ingenious way to do so.

Donor-advised funds provide a unique layer of donor anonymity. By acting as a “pass-through” entity, DAF providers like the Tides Foundation shield institutional and foundation givers by masking the link between their donations and the donation recipients. At most, all an investigator can trace are donations to the Tides Foundation by a group or individual—say, the left-leaning California Endowment or Jonathan Soros—and follow grants from Tides to groups like the American Civil Liberties Union and the Center for Media and Democracy. Beyond tracking the flow of money, observers can’t connect those grants to any single donor.

It should be said that nonprofits don’t have to be donor-advised fund providers to be considered “pass-throughs,” and certainly not every donation to the Tides Foundation is made to its DAFs. But considering the enormous benefits to donors, there are few reasons why ideologically-motivated philanthropists wouldn’t use donor-advised funds to maximize their impact while also maintaining privacy.

[If you are interested in learning more about different DAF providers consider taking a look at our easy-to-read chart with specs for some of the DAF providers featured in this series.]

The swift growth in the number of donor-advised funds and their assets has been met with mixed reception. Critics point out that donor-advised funds lack financial transparency more evident in traditional nonprofits—a feature supporters view as integral to preserving donor privacy (either for ideological or practical purposes). Others object to uneven requirements: unlike private foundations, individual DAFs lack a board of directors and are not obligated to conduct financial audits or file independent tax returns with the IRS. They are not subject to minimum federal payout requirements, either.

Nevertheless, DAFs have been hailed for promoting a kind of “poor man’s philanthropy,” since many DAF providers have a low cost of entry (Schwab Charitable’s minimum donation is only $5,000), encouraging younger givers of more modest means to start a charitable nest egg and let the money grow before making their first gifts. Just as in other financial sectors, federal rules and requirements have raised the cost of private foundations out of the reach of most would-be philanthropists.

Observers on the Left seem most torn over donor-advised fund giving, particularly to public policy nonprofits. While some are quick to disparage DAF grants that support right-of-center causes, others like The Atlantic have criticized the use of DAFs by community foundations and their wealthy supporters for warehousing money that should be used to address local needs. In particular, they’ve pointed to the Silicon Valley Community Foundation (SVCF), which announced in February that it now holds $13.5 billion in assets (“more than the Ford Foundation”) while SVCF’s grants to Bay Area projects fell by 46 percent in 2017. Ironically, while SVCF has been riddled with recent sex scandals—leading CEO Emmett Carson, chief development officer Mari Ellen Loijens, and human resources vice president Daiva Natochy to resign in April—it is a favorite foundation of at least 16 liberal billionaires, including Facebook founder Mark Zuckerberg and Starbucks chairman Howard Schultz. SVCF also funds left-of-center organizations like Nature Conservancy, Food and Water Watch, the New Venture Fund, and Good Ventures (a grantmaking foundation).

In reality, it isn’t liberals who ought to be concerned about the flow of DAF money into public policy nonprofits—it’s conservatives.

According to Schwab Charitable’s 2017 Annual Giving Report, as grants tripled from $504 million in FY 2011 to $1.6 billion in FY 2017, donations to Planned Parenthood and the ACLU have increased rapidly and brought those organizations into Schwab Charitable’s top five recipients list. Planned Parenthood and the ACLU, respectively, were the second and third most popular donation recipients among Millennials, and the second and fifth most popular among Baby Boomers. Most disturbingly, Planned Parenthood jumped from third place to become the most-donated-to nonprofit among Generation X donors (born between 1965-1984).

To be fair, donations through these commercial DAF providers also go to support conservative and libertarian groups like those mentioned earlier. But that’s only right and proper: donors should be free to use their donor-advised fund money to support causes they like—be it on health, education, or public policy—without relying on an ideologically aligned DAF provider.

But they should also remember that the IRS treats donations to a DAF account as the provider’s money, not the donor’s. In the government’s eyes, it’s little different from a standard donation to a run-of-the-mill 501(c)(3) public charity. For most people, this isn’t a problem; they give to a DAF, specify a recipient, and the provider makes the grant—hence the “advised” part of “donor-advised fund.” And that relationship generally works well, as most “advisors” find they have almost as much control over where their money goes as if it were housed in their own private foundation, but at a fraction of the cost.

But what happens when a supposedly neutral commercial DAF provider defies your “advice”—because the grantee is too conservative?

In the next installment of Charitable Infidelity, consider the advantages and disadvantages of DAFs and their lax regulatory environment.