The Myth of a Conservative Carbon Tax: Environmentalists Infiltrate 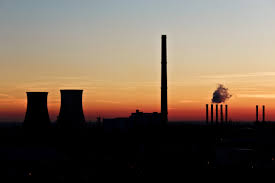 If you’ve paid close attention to recent politics in Washington, D.C., you might have heard tales of a mythological beast haunting the streets of the nation’s capital. It’s an old tale that crops up every few years before fading back into legend, but some say that this time it’s here to stay.

That myth is a “conservative” carbon tax, a supposed grand bargain between environmentalists and business with a revenue-neutral tax on carbon dioxide emissions, harnessing free-market principles to reduce or eliminate greenhouse gas emissions and save the planet from global warming.

Like past carbon tax schemes, the idea behind this one sounds conservative—to paraphrase the late Nobel Prize-winning libertarian economist Milton Friedman, “If you want less of something, tax it.” Accordingly, the bill would tax businesses on every metric ton of carbon dioxide gas they emit (in the Curbelo plan’s case, $24 per metric ton), raise the tax each year (at a rate 2 percent above inflation), and wait for all emissions to disappear, someday. Those tax revenues would then replace other federal taxes on Americans, ending global warming without raising the tax burden. Sounds like a win-win plan, right?

Not quite. The tax can only be called “free market” in the sense that it sets up a phony market based around a kind of commodity—carbon dioxide emissions—and forces companies to work within it or face heavy fines from the federal government. Conservatives like tax hawk Grover Norquist have criticized it as “a direct attack on American manufacturing and competitiveness.” Others note that the tax could reach $150 billion by 2030, calling it another attempt at “wealth [re]distribution.” And even global warming believers should note that the Curbelo plan is only estimated to lower the Earth’s temperature at the end of the century by just “31 one-thousandths of one degree”—hardly climate-affecting.

Cap It or Tax It?

In the United States, some on the environmental Left have glommed onto carbon taxes as a cost-effective, politically feasible alternative to more daunting global warming “solutions,” such as a cap-and-trade system—the more heavy-handed approach proposed by President Barack Obama in his 2009 budget and rejected by the then-Democratic-controlled Senate.

Cap-and-trade is phony market economics at its worst. Under such a proposal, the U.S. would “cap” the amount of carbon dioxide emissions certain emitters (such as factories) are allowed to produce each year. This would be accomplished by selling a limited number of permits from the government to companies, with each permit allowing them to emit only so much carbon dioxide. Companies would then be free to buy and sell permits from each other—the “trade” in “cap-and-trade”—but emitting any amount of carbon dioxide gases over those limits would mean heavy fines. Every year, the pool of permits would shrink, meaning the cost of buying them would eventually outweigh the cost of paying fines on emissions, thus leading companies to find ways to reduce their carbon emissions and eventually ending them altogether.

Or that was the plan, anyway. Cap-and-trade systems have been criticized as more bureaucratic than carbon taxes, since the former would require the government to manage a vast permitting process while the latter is simply a tax. And while that’s probably true, it’s still a significant financial burden and a coercive government intrusion on energy production.

In 2013, liberal Sens. Barbara Boxer (D-CA) and Bernie Sanders (I-VT) produced a carbon tax plan that would have cost the U.S. economy 400,000 jobs by 2016, cost the average family of four over $1,000 per year (in direct and indirect expenses), and raised electricity prices by 20 percent in 2017 alone. In 2014, analyses of similar proposals by the conservative Heritage Foundation and the federal Energy Information Administration projected the loss of over 1 million jobs and a $1 trillion hit to the economy by 2030.

Since carbon taxes target emissions from natural gas, oil, and coal, however—fuels that provide 85 percent of the country’s energy—the burden of such a policy would necessarily fall on American families.

In 2001, President George W. Bush removed the United States from the Kyoto Protocol, a 1997 agreement signed by President Bill Clinton (despite the 95-0 passage of a U.S. Senate resolution disapproving U.S. adoption of an agreement like it) which mandated crippling carbon dioxide emissions requirements for developed countries like the United States but not for large, rising industrial powers like India and China. Britain’s left-wing Guardian carped at America’s pigheaded isolationism: “In the space of two short months, America . . .  begins to resemble the ultimate rogue state.”

Sixteen years later, President Donald Trump withdrew the U.S. from the Paris Climate Accords signed by President Obama in 2015. (This non-ratified international agreement also required negligible action by rising industrial powers India and China.) The New York Times fumed: “Only future generations will be able to calculate the full consequences of President Trump’s incredibly shortsighted approach to climate change, since it is they who will suffer the rising seas and crippling droughts that scientists say are inevitable unless the world brings fossil fuel emissions to heel.”

But if the effects of Trump’s withdrawal from Paris are anything like those of Bush’s withdrawal from Kyoto, neither the economy nor the environment will not be harmed. According to a report by the right-of-center American Enterprise Institute, U.S. energy prices in the years following the Kyoto withdrawal were only half those of the European Union, while the E.U.’s carbon emissions actually increased due to the bloc’s large-scale abandonment of nuclear energy. In an ironic twist, America became the first industrialized country to meet its Kyoto emissions reduction targets in 2012—mostly due to huge increases in domestic natural gas production brought about by hydraulic fracturing, or “fracking.”

That gas-fired trend only continued in 2017. According to a February 2018 report by the website Energy in Depth, since 2005 the U.S. has reduced carbon emissions by 14 percent “mainly because more electricity has been generated from natural gas” than more carbon-intensive oil. A June report by BP showed that U.S. emissions fell by 42 million tons in the first year of the Trump presidency—a larger drop than any other country.

By contrast, a 2015 study by the Heritage Foundation (using the U.S. Department of Energy’s own National Energy Modeling System) estimated the economic costs of the Paris Climate Accord to be nearly 400,000 jobs (with 200,000 of those in manufacturing), a hike of 13-20 percent in household energy prices, and a loss of $2.5 trillion to the national economy by 2035. Germany, a Paris Climate Accord adherent and the militant “green man of Europe,” is expected to miss its 40 percent emissions reduction goal by 2035, despite the extra 300 euros each German spends annually in additional energy bills as a result.

In the next installment of The Myth of a Conservative Carbon Tax, we consider Canada’s failed carbon tax and its real costs to consumers.