Camp Lejeune and the Lawsuit Lobby 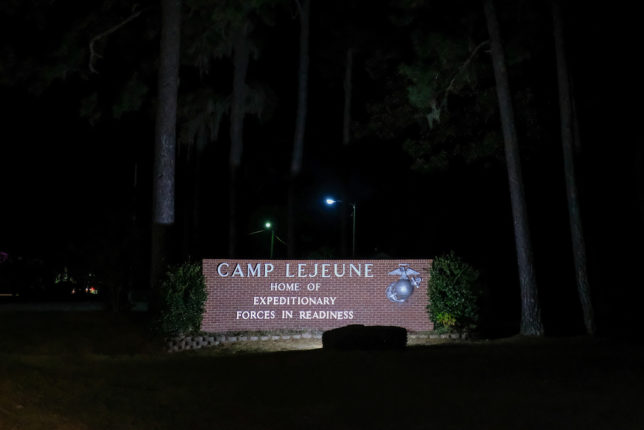 Most Americans have probably seen or heard advertisements from lawyers in recent months regarding contaminated water at Marine Corps Base Camp Lejeune. Attorneys have reportedly been spending vast sums on these ads, prompted by the passage of congressional legislation allowing veterans and others who suffered illness or injury from the water to pursue otherwise-barred claims against the federal government.

Regrettably, mounting concern suggests that legislators may have undermined their own goal of helping these veterans by failing to statutorily cap attorney’s fees in Camp Lejeune cases. Some are pointing the finger at trial lawyer special interests, or what the Capital Research Center (CRC) has called the Lawsuit Lobby.

The Camp Lejeune Justice Act became law in August 2022 as part of the Sergeant First Class Heath Robinson Honoring Our Promise to Address Comprehensive Toxics (PACT) Act of 2022, which passed with bipartisan majorities. Subject to various important conditions, the law created a two-year window during which sick or injured veterans (and others) may file claims against the United States government over their exposure to contaminated water at Camp Lejeune. The contaminated water has been linked to a wide variety of diseases and disorders, including birth defects and several different types of cancer.

The act eliminated certain procedural barriers and government defenses, paving the way for what is expected to be a very large number of claims. As many as a million veterans were potentially exposed to the contaminated water during the 34-year period covered by the act, and estimates indicate that the combined costs to the federal government could exceed $6 billion.

Many veterans will be hiring lawyers to assist with their claims, which raises the important question of how much those lawyers will be charging them. A 2021 House version of the Camp Lejeune Justice Act included a provision to limit attorney’s fees in accordance with the existing Federal Tort Claims Act (FTCA), which caps fees at either 20 or 25 percent depending on at what stage the case is resolved. A 2020 version of the bill included that same limitation.

At some point, however, this provision was apparently dropped, and the final law makes no mention of limiting fees. Republican senators have blamed Democrats for blocking an amendment that would have done so. Now, congressional testimony from the American Legion speaks of how “predatory law firms charging exorbitant fees have engaged in aggressive advertising . . . targeting veterans,” and reports have surfaced of lawyers charging contingency fees of 33 percent, 40 percent, 50 percent, or even as much as 60 percent in Camp Lejeune cases.

To be sure, other attorneys handling Camp Lejeune cases have called these high fees “outrageous” and are opting to charge the 20 to 25 percent FTCA rate anyway, reasoning that many claims will be considerably simpler than traditional personal injury cases and that these amounts are more in keeping with the spirit of the law. As Victor Schwartz has explained, the burden of proof for veterans who were exposed to contaminated water and suffered an illness is relatively low, and the vast majority of claims are likely to be settled by the government without litigation. In other words, the lawyer’s job is not expected to be especially difficult in most cases.

In November, Sen. Dan Sullivan (R-AK) introduced the not-so-subtly-named Protect Camp Lejeune Victims Ensnared by Trial-Lawyer’s Scams (VETS) Act, which would cap attorney’s fees at either 2 percent or 10 percent depending on the circumstances. The Protect Camp Lejeune VETS Act has received the backing of the American Legion and the Veterans of Foreign Wars. A separate bill, the Camp Lejeune Veterans and Families Protection Act introduced in the House by Rep. Mike Bost (R-IL), would simply apply the FTCA’s 20 to 25 percent fees. Which numbers represent an appropriate cap under the circumstances is probably open to a fair debate, but the underlying goal of protecting sick or injured veterans from exorbitant attorney’s fees is most decidedly not.

The Work of the Lawsuit Lobby?

What is perhaps most remarkable about the issue of Camp Lejeune attorney’s fees is that it got mired in congressional wrangling at all. Legislators were clearly aware of the issue while they were considering the Camp Lejeune Justice Act, yet they nevertheless neglected to include a statutory cap on attorney’s fees in the final bill—to no discernable purpose other than to allow some lawyers to charge veterans more than what would otherwise be permissible under the FTCA.

Sen. Sullivan pointed a finger at the Lawsuit Lobby in his remarks on the Senate floor, saying that “unfortunately I understand the power of the trial bar that blocked a lot of this. That’s what happened. We know it.” He accused Democratic senators who refused to allow a fee-capping amendment of having chosen to side with “trial lawyers over sick Marines.”

In light of this, it may be instructive to explore the involvement of the American Association for Justice (AAJ) on the issue. The AAJ is the principal national organization representing the professional interests of plaintiff-side trial lawyers, and it generally works to promote public policy that is favorable to those interests through advocacy and lobbying. It is widely seen as a close ally of the Democratic Party, and during the 2020 election cycle its affiliated political action committee (PAC) gave 97 percent of its federal political contributions to Democratic candidates.

The AAJ certainly appeared satisfied with the final version of the Camp Lejeune Justice Act, noting that it had “worked hard to ensure that the bill could be enacted into law and to prevent hostile amendments and proposals from being added to the legislation.” While it did not specify exactly which amendments it had opposed—such as the one that would have capped attorney’s fees—the AAJ elsewhere explains that its federal advocacy work specifically includes “beating back limits on lawyer fees.” The AAJ’s lobbying disclosure forms indicate that it was engaged in lobbying on “Draft legislation on Camp LeJeune [sic] FTCA recoveries” as far back as 2019, and it continued working on Camp Lejeune issues right up until the act became law in the third quarter of 2022.

It is also worth noting that one of the co-chairs of the AAJ’s official Camp Lejeune Water Contamination litigation group has publicly (and uncritically) emphasized how the law does not limit attorney’s fees. Another co-chair, who was personally involved in writing the Camp Lejeune Justice Act and getting it passed, has expressed the opinion that fees of 25 to 40 percent are appropriate. AAJ president Tad Thomas has called the fee limits proposed in Sen. Sullivan’s Protect Camp Lejeune VETS Act “draconian” and argued that they would “eliminate the ability of lawyers to take on these cases, leaving veterans with no good options for legal help.”

In a press release from August, the AAJ referenced the “sustained advocacy” of the group and its members in helping to secure passage of the Camp Lejeune Justice Act and deliver “justice for these injured veterans and their families.” That is a worthy goal and one that is no doubt sincerely being pursued by scrupulous lawyers nationwide.

Yet why were the limits on attorney’s fees apparently dropped over the course of this advocacy? Were the FTCA’s statutory caps deemed to be too low to charge sick Marines and their families? What should ordinary Americans (veterans or otherwise) make of that?