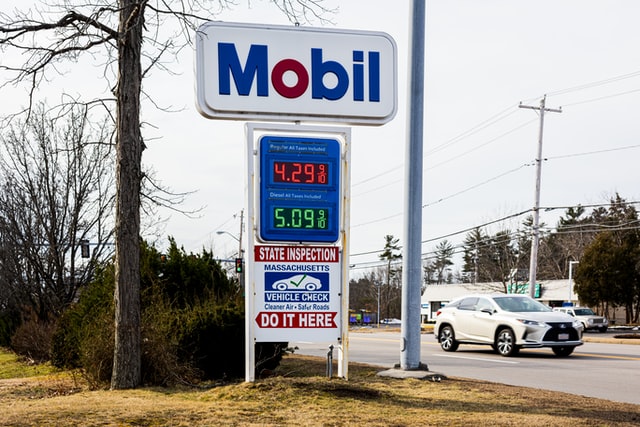 What’s the fastest way to ruin a nation’s economy? Freeze the flow of oil, coal, and natural gas and watch the rest fall apart.

With the war in Ukraine, Americans are rediscovering the value of cheap and abundant electricity and why past generations craved independence from hostile oil exporters. Not long ago, people knew that being awash in energy resources is the greatest blessing a nation can receive—so only a fool would scorn them.

But “keep it in the ground” is the motto of today’s radical environmentalists, and we’re all paying the price. I estimate that professional eco-activists brought in more than $1.7 billion in 2019 alone. That buys a lot of influence in Washington’s marbled halls, where groups like the Sierra Club, Natural Resources Defense Council, and League of Conservation Voters have turned President Joseph Biden’s energy agenda into the most radical in U.S. history.

On the campaign trail, Biden vowed to prosecute climate dissidents and polluters as part of his “clean energy revolution,” something leftists have demanded for years. In office, one of Biden’s first decisions was to scrap the Keystone XL pipeline expansion, which would have carried oil from Canada to the Midwest, another victory for “Green” Activism, Inc. In February, he halted leases for new oil and gas wells to fight climate change.

He banned companies from transporting liquefied natural gas (LNG) by train, reversing a provision created by President Donald Trump in 2019 to supply Russian-averse allies in Europe, such as Poland and Germany.

Biden, a supposed moderate, morphed federal energy policy into “environmental justice”—a phrase that appears a whopping 16 times on his official website—to hunt down “systemic racism” and “economic and racial inequality,” the watchwords of the far Left.

So the President was certainly justified for recently bragging that he’s laid “the foundation for the most ambitious environmental justice agenda ever undertaken by an Administration.” He might’ve added, “at any cost.”

Who benefits from this wild-eyed race to the left? Surely not drivers, homeowners, ratepayers, or anyone who eats.

Gasoline prices are at a national average of $4.33 per gallon, compared with $2.86 per gallon a year ago. Home heating bills are up as much as 50 percent this winter since a year ago. Residential electricity bills rose on average by $1 per Kilowatt-hour between 2020 and 2021. Consumer prices are up 7.5 percent since last year.

Inflation bears some responsibility for making 2022 the most expensive year in two generations, but the key factor is energy: If oil prices jump, the cost of everything skyrockets. This isn’t a glitch—it’s the “green” agenda at work.

No doubt Russia, China, and Iran are gloating at America’s energy hara-kiri. We know that at least one major environmental funder, the San Francisco-based Sea Change Foundation, has substantial money ties to Russian oil interests.

The Center for International Policy has discovered over $174 million in foreign funding to major U.S. think tanks, some of them focused on “green” issues, such as the World Resources Institute and Center for Climate and Energy Solutions. Are other eco-activists taking money from hostile regimes?

House Republicans are taking steps to block America’s enemies from bankrolling U.S. advocacy groups and to strip guilty nonprofits of their tax exemption. In 2021, Rep. Lance Gooden (R-TX) introduced a measure (H.R. 1970) requiring tax-exempt groups to disclose substantial donations from foreign governments and political parties in their annual disclosures, as well as establishing a searchable database of foreign contributions, particularly from the Chinese Communist Party.

A 2022 version of that bill (to be released in the coming weeks) will extend its focus to environmental groups and scrutinize contributions from Iran and Russia.

“There is no doubt in mind these groups have received funding from hostile foreign governments or entities controlled by those governments,” Rep. Gooden told Capital Research Center via email. “The question is how much they have taken and when they took it. I want to know if it impacted their decisions to back or endorse certain candidates or to message on certain issues.”

Gooden distinguishes between everyday activists, whom he says “[naively] believe they are doing the right thing,” and their professional leaders, who “are not motivated by saving the environment [but by] money,” Russian, Chinese, or otherwise. But he doesn’t expect bipartisan support for his bill due to activists’ powerful influence over the direction of the Democratic Party. “Joe Biden cowers to them out of fear,” he added.

If the president is serious about rebuilding America and facing down her foes, he can start with the pampered elites in the environmental lobby and their self-righteous, self-destructive agenda. Until the oil flows freely, the United States will never truly be independent again.