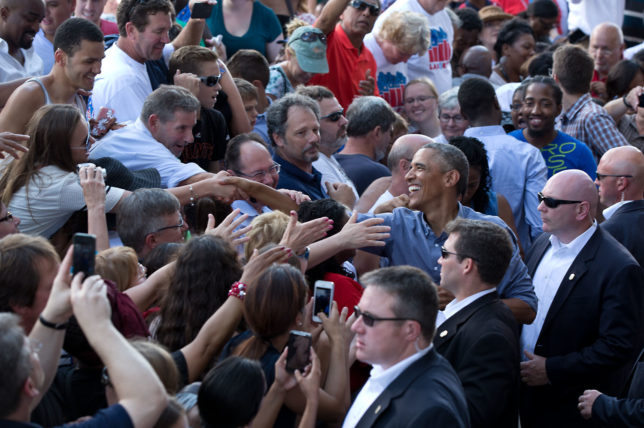 Unions billed Wednesday, October 16, as the “Day of Action” for the “Protecting the Right to Organize Act,” the Democratic leadership-backed union wish-list bill that would, among other things, coerce employees into funding unions by overriding state right-to-work laws, legalize a number of currently illegal union actions to increase their power to coerce businesses, and coerce employers facing union organization to hand over employees’ private contact information to labor unions with no opt-out available.

You probably missed it. Politico’s union-friendly daily labor newsletter mentioned the revolving door between the Obama administration and the Cornell Industrial and Labor Relations School, the entirely predictable finding that Target’s move to the union-demanded $15 per hour minimum wage led to reduced worker hours and benefits, and the Richard Trumka-chaired advocacy group Economic Policy Institute (EPI) complaining about the Trump-era National Labor Relations Board overturning precedents in favor of employers (as if the Obama-era NLRB did not overturn 4,559 cumulative years of precedent in favor of labor unions during its time in power)—and completely skipped coverage of the push to pass the PRO Act.

It is easy to see why labor supporters might want to keep the particulars of the PRO Act to themselves. Its proposal to give private employee contact information to union organizers—a codification of one of those Obama-era NLRB pro-labor decisions—threatens personal privacy at a time that Americans are concerned about their privacy. The bill’s “joint employment” clause (another gift from the Obama’s NLRB to the Service Employees International Union) would threaten the livelihoods of small business owners nationwide. And the proposed rules to silence employers and their representatives—frequently lawyers hired specifically for their expertise complying with labor law—would give unions the unfair advantage of making their non-binding promises without any rebuttal or opposing viewpoint. (The Competitive Enterprise Institute compiled a list of arguments against major provisions of the PRO Act, available on its website.)

The most notable provision of the PRO Act, however, would coerce employees in the private sector—an estimated 90-plus percent of whom did not get an up-or-down vote on whether their workplaces would unionize—to pay union fees by overriding and prohibiting passage of state right-to-work laws. The incentive for liberal politicians to advance the measure is obvious: Of the ten most prolific organization contributors in the Open Secrets database since 1990, six are labor unions and each gave over 96 percent of the associated contributions to liberals and Democrats.

But just as important are the contributions labor unions make to institutional progressive-left organizations from their “general treasuries”—from dues and in some circumstances even forced agency fees. (The Supreme Court, in a decision called Communications Workers of America v. Beck, restricted private-sector unions’ usage of coerced agency fees for political purposes, if the worker affirmatively objected.) By one estimate, this total financial support to left-of-center organizations ranging from the establishment-Democratic-aligned Center for American Progress to the radical-left Alliance for Global Justice exceeded $1.6 billion over the past decade.

While unions aggressively support Democratic politicians with their political funds and the institutional Left with their general treasuries, union members and their families (“union households” in pollster-speak) are far less mono-partisan, with roughly 40 percent of them consistently telling pollsters they voted Republican. Unions and their political allies claim a right to use their money for politics and advocacy those working families oppose; getting that cash is what the PRO Act is ultimately about.