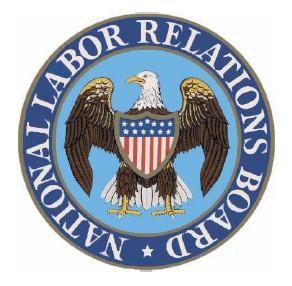 After the election of President Donald Trump, the NLRB is operating under a new, management-friendly philosophy, which now has an opportunity to advance labor reform on behalf of America’s employers and working people. Credit: National Labor Relations Board. License: https://goo.gl/LGCCsm.
by Michael Watson

Summary: The National Labor Relations Board (NLRB) is operating by a new, management-friendly philosophy under President Donald Trump. So far, its goal is clear: undoing the eight-year assault on decades of labor law precedent by the Obama administration.

After the 2008 elections, which saw Democrats gain control of the Presidency, expand their majority in the U.S. House of Representatives, and gain enough U.S. Senate seats to break a filibuster on a party-line vote, labor unions agreed on one overriding priority: They sought to pass the misleadingly named Employee Free Choice Act (EFCA), which would have codified numerous union privileges into labor law. Most notable of these privileges required employers to negotiate with unions via a public “card check” procedure rather than by the usual secret ballot votes.

Despite overwhelming Democratic majorities, Big Labor proved unable to get the EFCA through Congress. But the AFL-CIO, Service Employees International Union (SEIU), and their allies in the Obama administration didn’t give up trying to advance their agenda to place union privileges above worker rights; the fight merely underwent a change of venue.

When the January 2010 election of Scott Brown foiled Senate Democrats’ ability to break a filibuster on a party-line vote, and House Democrats lost their majority in the November midterms, labor unions moved the focus of their campaign elsewhere: to the five-member National Labor Relations Board (NLRB).

The NLRB is a powerful, nominally independent, quasi-judicial body that regulates interactions between unions and management representatives. A majority of NLRB members (traditionally three, of whom one serves as Chair) and a chief prosecutor (called General Counsel) are members of the President’s party. The General Counsel also heads the Division of Advice, which provides legal advice regarding what cases and legal theories should be brought before the Board.

An eight-year assault on decades of labor law precedents resulted from this partisan pressure on the NLRB—interrupted briefly when the Supreme Court ruled that President Obama had exceeded his recess appointment powers in naming NLRB members. (By one estimate, 4,559 years of cumulative precedents were reversed by Obama’s efforts.) Unions obtained the ability to rush organizing elections, giving them the upper hand in campaigns. Longstanding rules on the size and composition of bargaining units were thrown out, allowing unions to gain footholds in workplaces by forming “micro-unions.” And the General Counsel’s office, run by Richard Griffin, a former attorney for the International Union of Operating Engineers (IUOE), backed the SEIU’s power play against restaurant chains by pushing the notion that national brands are “joint employers” with the independent small-business franchisees who run most chain restaurants.

By one estimate, 4,559 years of cumulative NLRB precedents were reversed by Obama’s efforts.

But now, under President Trump, the makeup of the National Labor Relations Board is changing. Two new pro-free-market Republican members have been added to the NLRB’s ranks, giving the Republicans a majority on the NLRB for the first time since late 2007, when then-Senate Majority Leader Harry Reid (D-Nevada) began denying votes to President George W. Bush’s nominees as seats came open. (Members confirmed by the Senate rather than recess appointment serve staggered five-year terms.) Also, a veteran of President Ronald Reagan’s labor reform efforts has been confirmed by the U.S. Senate to take over as General Counsel.

The NLRB was formed to carry out a quasi-judicial and regulatory role managing labor-management disputes as part of the National Labor Relations Act (aka the Wagner Act) of 1935. The NLRB would adjudicate “unfair labor practices”—violations of workers’ rights under the Wagner Act committed by employers. Later, the National Labor Relations Act was amended to give workers and employers rights enforceable against their unions, violations of which are also adjudicable before the NLRB as unfair labor practices. The NLRB also came to oversee union organization elections in the private sector and investigate allegations of unfair labor practices.

Over the years, the NLRB created a body of precedents that function as law governing not only unfair labor practices but also union organization and bargaining. However, unlike judges—who may bring ideological priors to legal analysis but are supposed to be non-partisan—NLRB board members are explicitly partisan. Common practice sees Republican seats filled by management-side labor lawyers while Democratic seats filled by union-side labor lawyers. In the words of Competitive Enterprise Institute labor policy analyst Trey Kovacs, “Democrats and Republicans basically appoint labor lawyers or employment lawyers who favor one side or the other, so it no longer represents the public interest.”

Former College of William and Mary Law School professor Ronald Turner analyzed NLRB voting from the board’s founding to the middle of the George W. Bush administration. He found that:

[…] as a descriptive matter ideology has mattered in a number of cases presenting controversial and sharply contested issues of law and policy, cases in which Board majorities have cast votes consistent with and reflecting the differing philosophies of Republican or Democratic administrations and the pre-Board backgrounds of members.

When President Barack Obama took office in 2009, these bitter nomination fights continued. Obama nominated SEIU attorney Craig Becker to fill one of the vacant posts; Becker’s views proved so extremist that two Democrats voted to sustain the Republican filibuster of his nomination. This defection didn’t deter President Obama who gave Becker a recess appointment before Republicans took control of the House of Representatives in 2010.

By law, both Houses of Congress must approve a resolution to recess. Republicans used their control of the House to prevent President Obama from making recess appointments by refusing to recess. As a result, term expirations and a lack of recess appointments brought the NLRB below its necessary decision-making quorum. This appointments battle came amid backlash to a decision by the NLRB Acting General Counsel, Lafe Solomon. Solomon charged Boeing with unfair labor practice for expanding production of the new 787 airliner at its non-union South Carolina plant rather than its unionized Washington state plants. Pressure from Congressional Republicans, South Carolina officials, and the business community made the controversy public. Ultimately, Boeing and the International Association of Machinists agreed to a new collective bargaining agreement for the Washington plants, finally leading Solomon to drop the charges.

Rather than compromise on his hyper-aggressive pro-union agenda, Obama pushed his appointments forward by imperial fiat, claiming to restore quorum at the NLRB. But his appointments were ultimately invalidated by a unanimous Supreme Court in NLRB v. Noel Canning. The decision held that only Congress could decide when Congress was in recess.

Though SCOTUS invalidated Obama’s appointments and thus all decisions made by the invalid members, by the time Noel Canning was decided Senate Democrats had already broken the nominations impasse, allowing the Obama-appointed NLRB to resume its war on Board precedents. As part of a soon to be broken deal to preserve the filibuster for nominations in 2013, in exchange for Senate Democrats agreeing to drop the “nuclear option” Republicans lifted their blanket block on President Obama’s NLRB nominees.

In the next installment of “Under New Management,” we examine how a Democratic-controlled NLRB used its power to support Big Labor’s minimum wage campaign.

Adult Entertainers of the World, Unite!