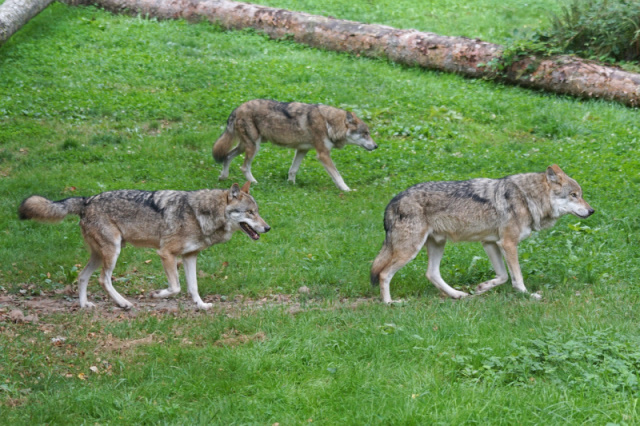 Not everything is as it seems on Colorado’s ballot. Voters will weigh in on a ballot initiative that promises to reintroduce gray wolves in parts of western Colorado by 2023. It’s a source of contention between anxious ranchers who oppose the measure and the environmental activists backing it — but there’s no shortage of leftist “dark money” from California influencing the campaign.

The Rocky Mountain Wolf Project is the main advocacy group pushing the wolf reintroduction measure. It’s also a front for the San Francisco–based Tides Center, part of a $636 million nexus of groups that helps professional activists push left-wing policies, ranging from selling the benefits of Obamacare to halting the construction of oil pipelines to painting Republican states blue.

As a Tides project, the group doesn’t file regular Form 990 reports with the IRS, so almost nothing about its finances is publicly available and its donors cannot be identified.

The Rocky Mountain Wolf Project has a 501(c)(4) “sister” organization created to lobby the state legislature, the Rocky Mountain Wolf Action Fund. Nothing of its finances can be determined because the organization has yet to appear on the IRS’s list of nonprofits and has not yet filed a Form 990 (limited information on the Action Fund is available from the Colorado secretary of state’s website.)

However, the Action Fund has a registered lobbyist in Denver. That firm, Recht Kornfeld, also lobbies for two professional leftist groups: Citizens for Integrity, a “dark money” advocacy group, and National Popular Vote, which leads the left’s campaign targeting the Electoral College with major funding from liberals such as Jonathan Soros, son of billionaire George Soros.

Citizens for Integrity’s 2018 Form 990 reveals one board member: Ashley Stevens, the subject of a 2017 investigation by the watchdog OpenSecrets for Stevens’ connection to multiple political action committees (PACs) involved in the 2016 election.

Stevens is a well-practiced activist whose LinkedIn profile identifies her as merely a “fundraiser” for the Colorado Senate. Yet according to the Colorado secretary of state’s registered agent search, she heads roughly 26 separate PACs and independent expenditure campaigns (some of them now dissolved).

The Tides Center is exercising its specialty with the Rocky Mountain Wolf Project: “incubation,” in that it uses its 501(c)(3) tax-exempt status to shield the operations of countless activist groups while they wait to receive their own tax-exempt statuses from the IRS.

The Tides Foundation, the Tides Center’s older sibling, is much more familiar to conservatives. Tides was conceived in the mid-1970s as an innovative pass-through — effectively a middleman for liberal donors angling to anonymously support left-wing causes. Donors cut checks to Tides, which manages their finances in individual “savings accounts” (called donor-advised funds) until the donors designate a final recipient for the funds, which Tides then pays out as grants, masking the original benefactors’ identities from public scrutiny.

And business is good. In 2018 alone, the Tides Foundation raked in nearly $420 million and paid out $291 million in grants, nearly all benefiting activist groups and liberal think tanks.

Little wonder that critics have dubbed the scheme “charitable money-laundering.”

Now California is exporting its “dark money” scheme via environmentalist groups like the Rocky Mountain Wolf Project. Coloradans should know who’s behind the Wolf Reintroduction ballot measure — they may not like what they find.

This article first appeared in Colorado Politics on August 19, 2020.