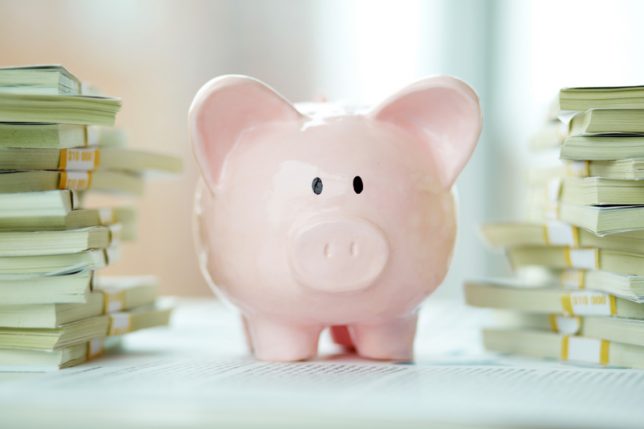 CRC received a tip about a commercial donor advised-fund (DAF) refusing to honor a directive to contribute to a conservative group which involved an anonymous donor and account-holder at Fidelity Charitable. The donor, a longtime supporter of the right-of-center investigative journalism group Project Veritas, was recently informed by his DAF account advisor that Fidelity Charitable would not fulfill his request to make a grant to the group. The donor was understandably puzzled. He’d made grants to Project Veritas before through Fidelity Charitable. What changed?

Data from Foundation Search seems to confirm at least part of his claim. The website shows $335,000 in 15 grants from Fidelity Charitable to Project Veritas between 2012 and 2015 (the identities of the original grantmakers are confidential and cannot be obtained).

Thankfully, the tale has a (somewhat) happy ending. Account advisors at Fidelity Charitable ultimately made the grant to Project Veritas—perhaps after being reminded of the donor’s not-insubstantial account balance with the provider. This isn’t the first time Fidelity’s warded off a donor’s grant request to a right-of-center organization, either. Fidelity Charitable advisors vetoed a grant to the free-market Illinois Policy Institute (IPI), calling it “too political” despite making nearly $1.3 million in 14 grants to IPI in the past (the grant was ultimately approved). But these anecdotes ought to worry conservative and libertarian DAF users, as they shed light on a booming, enormously wealthy organization essentially run on the honor system.

It should be noted that Project Veritas is perhaps better characterized by its controversy than its conservatism. The group, founded and led by political activist James O’Keefe, has been at the center of a number of high-profile undercover investigations into left-wing organizations. It first came to prominence in 2009, when O’Keefe and a colleague posed as a prostitute and her boyfriend to infiltrate the offices of the Association of Community Organizations for Reform Now (better known as ACORN), where they secretly recorded employees’ apparent instructions on avoiding prosecution for child prostitution, tax evasion, and human smuggling. In October 2016, Project Veritas’s series “Rigging the Election” alleged illegal collusion between the Hillary Clinton presidential campaign, the Democratic National Committee (DNC), and the high-profile Democratic consultancy Democracy Partners.

More recently, the group got into hot water during the 2017 U.S. Senate special election in Alabama, when it attempted to expose bias at the Washington Post in part by feeding the paper a false story about then-candidate Roy Moore (R). Undercover “informants” reported (falsely) that Moore had impregnated a 15-year-old, who then aborted the child, on the implicit assumption that the left-leaning newspaper would publish the story without fact-checking it. It was a blunder soon discovered by the Post and denounced by pretty much everyone watching—left- and right-leaning—and led some conservatives to demand that donors stop funding Project Veritas.

Is it possible that Fidelity Charitable decided to heed that call?

While its handling of the botched Washington Post sting left much to be desired, Project Veritas has never hidden its political leanings or pretended to be non-ideological. In the eight years since it was founded, the group has built its reputation on stirring up controversy, but that didn’t stop Fidelity Charitable from honoring account-holders’ wishes to make grants to it—until now, anyway.

Considering that Project Veritas essentially remains the same right-of-center organization that it was before the Washington Post fiasco, Fidelity Charitable’s reluctance to make a grant to the group suggests that the DAF provider is shifting away from ideological neutrality rather than simply shying away from political controversy. That’s reinforced by an April 2018 webinar in which Fidelity Charitable president Pam Norley admitted that the provider utilizes the far-left Southern Poverty Law Center’s (SPLC) discredited “Hate Map” in making donor-recommended grants. According to Norley, Fidelity Charitable informs donors if the SPLC considers their intended grant recipient a “hate group,” but will make the donation if pressed.

That Fidelity Charitable considers the SPLC a credible source ought to concern every donor. And while high-dollar account-holders may have the means to pressure a provider into honoring their wishes, where does that leave more modest philanthropists?

Fidelity Charitable’s unwelcome move towards inviting bias into its grantmaking process is discouraging, but it’s hardly unusual in philanthropy—an industry whose history might sadly be summarized as anti-capitalists commandeering the hard-earned fruits of capitalism. To the extent that commercial DAF providers effectively operate as corporate charitable arms, it’s fair to say that they’re uniquely influenced by the movement towards “corporate social responsibility,” or CSR.

As a tool for pushing companies left, it’s hard to overstate the effect CSR has had on American enterprise. As Calvin Coolidge liked to say, “the business of America is business.” No longer. Now paeans to “embrac[ing] principles of environmental responsibility in our everyday business practices” are the proper fides proclaimed by otherwise profit-driven firms like Fidelity Investments. JPMorgan Chase even went so far as to establish an Office of Social Responsibility to advance the notion of corporate citizenship.

Is CSR a strategy for firms to shrug off anti-capitalist activists with appropriate virtue-signaling? Probably. But when a company or nonprofit invites activists divorced from private enterprise to shape its activity—particularly where philanthropy is concerned—we should not be surprised when that company begins to shy away from associating with conservative causes.

One might assume that donor-advised fund providers like Fidelity Charitable would be opposed to further IRS regulations, but that is not necessarily the case.

Recently, the rapid growth of donor-advised funds in America caught the attention of the IRS, which issued a few proposed guidelines for DAF providers in December 2017. If enacted, the new regulations would loosen restrictions on account-holders who collect certain “incidental benefits” (e.g., small items like keychains and coffee mugs with the organization’s branding) in exchange for DAF grants; tighten restrictions on using DAF grants to pay for donors’ access to charity-sponsored events; and, more interestingly, clamp down on the use of grants to DAFs by private foundations in order to fulfill their annual 5 percent payout requirements—a commonplace practice criticized by some as avoiding real philanthropy by essentially moving money around.

It’s a fair criticism. The New York-based 136 Fund, for instance, has distributed $100 million since its inception in 2008—more than 95 percent of which has gone to a donor-advised fund. That’s perfectly legal behavior and arguably of little consequence when it involves a handful of foundations. But when we’re talking about $747 million moving from foundations to DAF accounts, is it really philanthropic?

Regardless, the renewed interest in creating new DAF regulations is to Fidelity’s advantage, one longtime DAF administrator informed CRC. He says that it’s something of an open secret that Fidelity Charitable supports the creation of new regulations on donor-advised funds as a means of further cementing its place as the country’s largest DAF provider. The organization even purportedly shares information with the IRS about some of its account-holders—very general data used to create a vague profile of unnamed clients—in order to help the agency survey the philanthropic landscape when drawing up future regulations. (Fidelity Charitable did not respond to CRC’s questions about its position on the proposed IRS rules.)

It should be stressed that this is anecdotal; but if true, it would make sense. The usual assumption is that when companies lobby government, they want to avoid regulation. Not so, argues the Cato Institute: tobacco firm Philip Morris has “aggressively supported heightened federal regulation of tobacco,” General Motors supported “stricter clean air rules” for its vehicles, and the now-defunct energy company Enron backed many of the same “strict global energy regulations supported by environmentalists.” Considering the massive body of regulation created each year by federal agencies—totaling some 89,000 rules between 1995 and 2016—the biggest firms often try to shape regulation to “lock in” their interests, rather than allow agencies to make sweeping rules without the benefit of industry input.

That usually involves intensive lobbying efforts of the agency (in this case, the IRS) by affected companies in the short window open for “public comment” on proposed regulations. In the case of the above regulations, that window was just over three months ending in March 2018—great for industry lobbyists, but hardly sufficient time for the general public to express opinions. It echoes Gordon Gekko’s words in the 1987 movie Wall Street: “We make the rules, pal.”

In a lightly-regulated field like philanthropy, that’s not necessarily all bad. Some have suggested that the nonprofit sector has failed to follow its for-profit counterpart in proactively pushing voluntary accountability measures, at least at the national level, leaving it up to federal agencies to dictate regulations. Certainly, there are practices which invite trouble that could be ironed out. What happens to “orphaned” DAF accounts when the giver dies without naming an heir? DAF providers are legally the owners of these accounts, but should there be ethics rules to ensure that grants from these accounts at least somewhat align with the donor’s original intent? If not, what’s to stop more DAF providers from following Fidelity’s example and ignoring the donor’s advice? If DAF providers fail to create their own industry standards addressing these issues, the IRS may very well step in and provide its own rules—like it or not.