Are Taxpayers Getting a Square Deal by Funding Brookings? 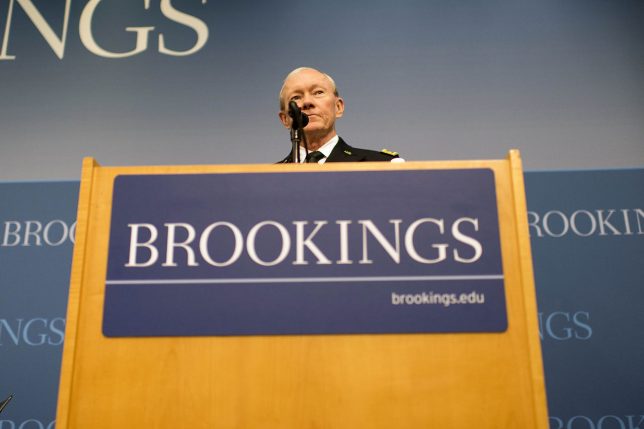 Brookings was founded to be a government watchdog in Washington, D.C. Its motto is “Quality. Independence. Impact.” In reality, it has become the leading center-left think tank, and we’re all paying for it, to the tune of $19.5 million in public grants since 2008.

While there is no evidence that Brookings has violated the law, it’s certainly compromised its independence. OpenTheBooks CEO Andrew Andrezejewski puts it bluntly: “An organization loses all credibility to hold government accountable when the government becomes a donor.” Andrezejewski points to Brookings’ public policy studies as the most egregious example of its illusory independence. Brookings accepted $1.8 million from the U.S. Agency for International Development (USAID) for “humanitarian” causes. In 2016, Brookings published a white paper espousing the value of USAID public/private partnerships—without disclosing its obvious conflict of interest with the Agency.

But this isn’t Brookings’ first brush with questionable sources of funding.

In 2014, the New York Times found that Brookings and a host of other ostensibly “independent” think tanks receive substantial funding from foreign governments. These nonprofits then magically produce studies which are curiously consistent with the goals of these overseas states. Qatar, for example, gave Brookings $14.8 million over four years to produce a study on U.S. relations with the Islamic world. According to the Times, a former Brookings fellow, Saleem Ali, was instructed not to “take positions critical of the Qatari government.” There’s that academic objectivity again.

For more on politicized think tanks, see these CRC reports: