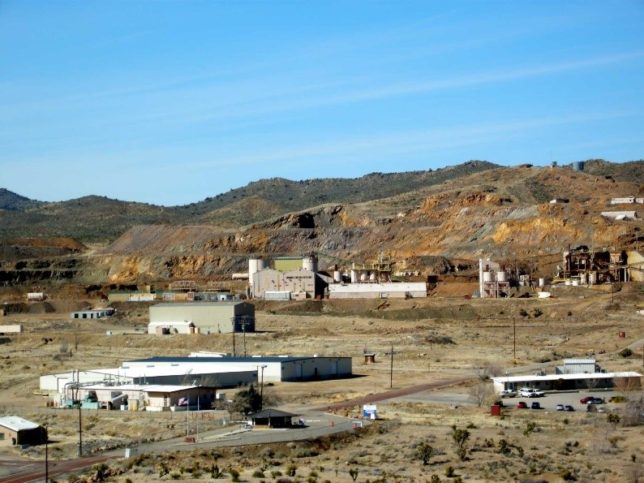 What Happened to American Rare Earths?

The year 1980 marks the most important rare earth production milestone for China and the rest of the world. That was the year the International Atomic Energy Agency (IAEA) and the U.S. Nuclear Regulatory Commission (NRC) jointly crafted regulations to eliminate handling and transport of mine waste rock or “tailings” that contained radioactive “source material.” These regulations included commercial quantities of rare earths generated during mining of uranium, thorium, and phosphate rock containing both of these minerals.

Therefore, these regulations—one international and the other domestic —turned the processing and transportation of most tailings containing rare earths into a financial and environmental liability for mining companies. To this day these regulations cause the waste of enormous quantities of unprocessed rare earths, considering what we now know about the capabilities of rare earths and their abundance in phosphate and other mine tailings.

As a result, the IAEA and NRC regulations figuratively paved a 12-lane interstate highway for the Chinese domination of the rare earth industry that has lasted for almost 40 years, with no end in sight. In 1983, several years after adoption of these sweeping regulations, China established the first National Laboratory for Rare Earths—adding an exclamation point to the significant opportunity and feckless negligence of the rest of the world’s approach to rare earth mining.

The tremendous advantages inherited by China after the adoption of the source material regulations were summarized by rare earth researcher James Kennedy this way:

Today these [rare earth] resources are discarded because of regulatory and liability issues associated with thorium and/or uranium. The larger problem, almost universally overlooked, is the lack of a fully integrated value chain outside China. To put things into context, prior to its bankruptcy the largest rare earth producer outside China shipped all of its non–cerium and lanthanum (rare earth) oxides to China for refining into high-value metals, alloys, magnets, and components. It is reasonable to assume that this strategy will be replicated by most or all new rare earth resource producers. What is the point of developing new rare earth mines if the value-added ends up happening in China? Resolving the larger issue of non-Chinese metallurgical refining should be the focus of government agencies, researchers, and industry.

This was, and still is, America’s rare earth ultimatum.

At the time of Deng’s rare earth proclamation, China already had four decades of success on its own and a decade’s worth of “help” from the International Atomic Energy Agency and Nuclear Regulatory Commission source material regulations. China’s rare earth snowball was quickly rolling downhill, gaining momentum, and turning into an industrial and economic avalanche.

Major follow-on activities included the start of a massive technology transfer from the West to China, and the shift of Western companies to China, too. This was capped by the formation of the National Non-Ferrous Import Corporation, a Chinese entity specifically set up in 1995 to acquire U.S. rare earth pioneer Magnequench, a subsidiary of General Motors. At that time, Magnequench was the most important rare earth magnet maker in the world.

As China was boosting its research and development of rare earths and other critical minerals under the new leader Jiang Zemin, the Clinton administration in 1996 closed down the U.S. Bureau of Mines, which since 1910 was the world leader in mining and minerals research. More bad news hit in 1998 when the Chinese shut down operations of their newly acquired Magnequench plant in Indiana. At that time, Magnequench was the only producer of rare earth magnets used in defense technologies, including missiles.

But there was still more bad news to come before the decade ended. By 1998 the only major U.S. producer of rare earth ore, California-based Molycorp, terminated operations at its Mountain Pass Mine, after 300,000 gallons of low-level waste solutions from its mine tailings spilled across the floor of the Mojave Desert. The bill for the cleanup cost exceeded $185 million. One year later, China established its third National Laboratory for Rare Earths in Mongolia—this facility focused on functional materials engineering.

In late 1999, Congress published what became known as the “Cox Report”—commissioned by the U.S. House of Representatives Select Committee on U.S. National Security and Military and Commercial Concerns. The report explained the methods used by the Chinese to capture military and dual-use technologies from the U.S., including utilization of rare earths. The 900-page volume gained little traction, but provides a stunning look back at lessons learned—all too late—regarding the loss of U.S. leadership in rare earth technologies.

It is useful to compare the evolution of the energy industry to that of rare earths—which have been dubbed by some as the “new oil.” Recent government reports state that the U.S. is now the world’s top producer of oil and natural gas. The nation has largely ended its foreign oil dependency. What is stunning is the relatively short period of time between the OPEC oil embargos of the 1970s, to the new era of energy independence and dominance beginning in the 2010s—a span of only 30-odd years.

Similarly, the chronology of rare earth development is also stunning—but it is not a U.S. achievement—instead that distinction belongs entirely to China.

For example, the Chinese rare earth timeline began almost 70 years ago soon after the People’s Republic of China was established in 1949. A year later, China’s famous Baotou Iron and Steel Company started production, eventually becoming an icon of the Chinese mineral industry.

Within a few years of the formation of Baotou, China began rare earth concentrate production at Bayan Obo, marking the start of today’s dominant rare earth industry. China’s specific costs related to rare earth production were minimal, because much of it was a by-product of the iron ore operation. During the 1950s and 1960s, the production and research of rare earths attracted the attention of the Chinese Communist Party (CCP) leadership, as early commitments to building a rare earth industry were paying off for China.

The beginning of the 21st century saw a string of continued successes for the Chinese rare earth industry, including the 2001 opening of their fourth National Laboratory of Engineering Research Center for Rare Earths. Their new facility, dedicated primarily to metallurgy, complements the other three established Chinese national rare earth labs. The following year, 2003, the remainder of the Magnequench rare earth oxide facility in Indiana was packed up and relocated to China.

Two years later, Apple began the manufacture of iPhones in China. Also in 2005, China attempted to acquire the sole U.S. rare earth miner Molycorp via a bid to buy out its parent company, Unocal. The effort failed for undisclosed reasons and Unocal was instead bought out by Texaco Chevron. However, the Chinese leadership was still very much interested in one of the world’s richest deposits of rare earths—Molycorp’s Southern California mining operation—even if U.S. miners were not.

Following the failed attempt on Molycorp, China in 2007 cut off rare earth exports to W.R. Grace, an American chemical conglomerate based in Columbia, Maryland. W.R. Grace is a leading global supplier of catalysts for refining gasoline, manufacturing plastics, and specialty materials and chemicals for a wide-range of industrial applications. However, to gain access to the raw materials needed in its catalyst and technology divisions, W.R. Grace was forced to move parts of these operations to China. Later in 2007, Chinese leaders initiated rationing of rare earth exports to other global technology companies like W.R. Grace, sending a further signal that only Chinese-based companies had an assured supply of rare earths.

Within a year of these events, China began acquiring interests in foreign rare earth mines and undeveloped rare earth deposits, increasing their global supply monopoly. From that position of strength, China in 2010 flexed its political muscle against Japan through a rare earth embargo that temporarily crippled Japan’s electronics industry.

From 2010 to 2015, with the Chinese controlling the rare earth supplies and thus market prices, the investment bubble burst. Hundreds of rare earth exploration companies declared bankruptcy. America’s last commercial rare earth miner, Molycorp, finally collapsed into insolvency. Molycorp re-opened the Mountain Pass rare earth mine in 2008 and invested approximately $1.6 billion to expand the light rare earths facility. But by 2015, the company was forced into bankruptcy.

In 2016 the Mountain Pass mine closed because it couldn’t compete with the low prices of rare earth oxides in China, partly due to Molycorp’s limited processing technology. In July 2017, investors under the name of MP Materials (headquartered in Las Vegas, Nevada) acquired the Mountain Pass property for a mere $20 million dollars. The Shenghe Rare Earth Company, Limited, of China holds a non-voting minority interest in MP Materials—for now.

The U.S. appears to have painted itself into a critical minerals corner, highlighted by a pending rare earth supply fiasco. Escape from the Chinese grip on the rare earth industry for the time being is not at all likely. Most large manufacturers that absolutely needed rare earth materials to survive—GM, Ford, Siemens, and GE among them—followed W.R. Grace’s example and already have rare earth operations in China, along with significant intellectual property. Another wave of companies joined these international conglomerates in China in 2015; industries touted as the key to America’s future—those involved in renewable energy and battery technology.

In the next installment of America’s Rare Earth Ultimatum, learn how China capitalized on western regulations and built a rare earth monopoly. 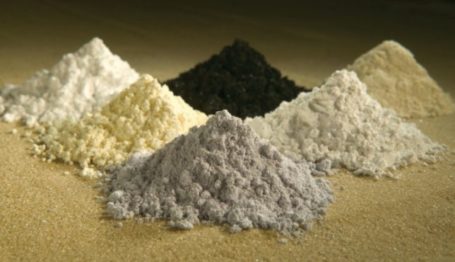 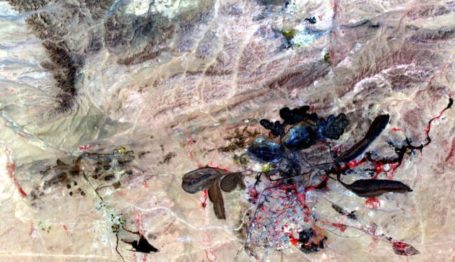 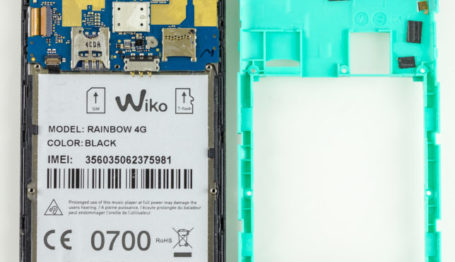