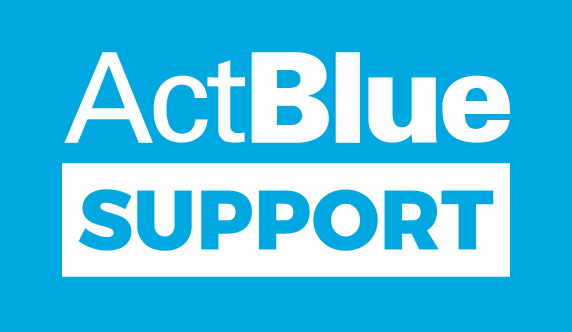 Give ActBlue an A+ for juicing the professional Left—and an F for transparency.

Few have heard of it, but the Left’s fundraising platform of choice is gargantuan, pulling in $407 million in 2020 between its 501(c)(3) ActBlue Charities and (c)(4) Civics arms, along with a whopping $4.2 billion from its PAC.

All of this money went to hundreds or even thousands of left-leaning and “progressive” groups active in the 2020 election, ranging from Priorities USA Action and the Biden Victory Fund—both nine-figure Democratic heavyweights—to radical Greenpeace, the vote-by-mail Voter Participation Center, and the hate-spewing Southern Poverty Law Center (SPLC).

ActBlue’s platform helps left-wing groups raise money from donors, charging them a fee for the service. The group brags that it’s raised close to $10 billion for the Left since 2004.

Yet much of this is “dark money”: funding from untraceable donors using ActBlue to bankroll permanent network of nonprofits in Washington, DC, that are attempting to control or influence the nation’s power centers.

The problem isn’t with the donors, who have a First Amendment right to anonymously fund political causes of their choice, but with how ActBlue helps Activism Inc. avoid the public eye.

First, a short technical lesson: With certain exceptions, 501(c)(3) and (c)(4) nonprofits are exempt from income tax. Contributions to the former are tax-deductible for donors. Contributions to the latter are not, since 501(c)(4)s can engage in significantly more lobbying work than their (c)(3) counterparts.

All nonprofits must report their budgets to the IRS in disclosure filings (Form 990), which are publicly available online. The 501(c)(3)s must disclose the contributions they receive, but not the contributors. The 501(c)(4)s don’t have to report either. (Private foundations like George Soros’s Open Society Foundations are a special kind of 501(c)(3) that must report both.) Lastly, all nonprofits must disclose any grants they pay out.

ActBlue has not disclosed its grants. Instead of naming names, the $407 million its nonprofits paid out in 2020 is just one line item on a budget, making it impossible to trace hundreds of millions of “dark money” dollars to the lobbying, litigation, and get-out-the-vote organizations that fundraise via ActBlue. (Its website directory doesn’t indicate totals raised, only clients.)

ActBlue is trying to exploit an IRS loophole by classifying the money it helps raise as “program service revenue”—a category usually reserved for things like tuition raised by schools and convention registration fees—which it consequently pays out as miscellaneous “contributions,” not publicly reportable grants.

Far from nonprofit arcana, this is a serious breach of public trust that defeats the point of filing public disclosures.

ActBlue isn’t a private company, but a set of tax-exempt nonprofits. The ActBlue PAC correctly reports its expenditures as contributions to other committees. Many on the Left consider tax exemption a government subsidy. Well then, under that reasoning, doesn’t the public have a right to know whom it’s subsidizing?

ActBlue executives have not yet responded to my request for comment.

By comparison, the Left’s other big fundraising and pass-through networks publicly disclose their grantees. And there are dozens. On their Form 990 reports, the Tides Foundation, Proteus Fund, NEO Philanthropy, Arabella Advisors’ New Venture Fund, and similar organizations report the funds they raise from donors and pass along to recipients as grants. Ditto from the right-leaning DonorsTrust, community foundations, and apolitical donor-advised fund providers like Fidelity Investments Charitable Gift Fund.

We deserve a better charitable sector than this. Americans are the most generous people in the world, and our awarding tax exemptions to nongovernmental organizations reflects the uniquely American belief that some things are better left to citizens’ groups than to government or business—and that they should be encouraged.

That Reformation-born belief gave us hundreds of local declarations of independence in 1776, saved Christianity in America from its frigid fate in Europe by disestablishing state churches, founded countless hospitals, and made the United States a republic of citizens instead of bureaucrats. Restoring America’s charities to their original purpose instead of what the Left has warped them into is something worth fighting for.