A History of Radicalism at the National Lawyers Guild 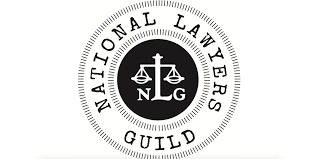 The National Lawyers Guild, a nonprofit association of left-wing attorneys and others connected to the legal profession, has recently received attention for its association with some of the most controversial fringes of America’s political far Left.

Perhaps most notably, this includes the sometimes-violent Antifa (short for anti-fascist) movement. The guild and its local chapters are among the relatively few nonprofits that have publicly supported Antifa’s actions, declaring that “the NLG will continue to support anti-fascists and anti-racists in the street and in the courts, and will not be swayed by the argument that hateful, dangerous speech should be tolerated at any cost.” In his 2021 book Unmasked: Inside Antifa’s Radical Plan to Destroy Democracy, journalist Andy Ngo went so far as to call the guild “in effect . . . the legal arm of antifa.”

The National Lawyers Guild, in fact, has a long and interesting history of serving as the “legal arm” of multiple manifestations of American far-leftism dating back to the 1930s. A profile detailing the guild’s uniquely resilient history of radicalism is now available on InfluenceWatch.

During the peaceful protests and violent riots that swept American cities in the aftermath of George Floyd’s 2020 murder, the Capital Research Center’s Ken Braun noted some parallels between the Antifa-associated militants, who were being blamed for at least a portion of the destruction that was occurring, and the activities of the Weather Underground (also known as the Weathermen) during the late 1960s and early 1970s.

The comparison is apt, even if the exact percentage of violence and destruction specifically attributable to Antifa is unknowable. Many of 2020’s peaceful demonstrators worried that destruction and violence (Antifa-associated or otherwise) committed under the banner of a broader protest movement would significantly undermine their movement, just as many leftists leveled the same criticism against the Weather Underground’s quixotic terrorist campaign.

As detailed in a pair of comprehensive InfluenceWatch profiles, when the Weathermen split from Students for a Democratic Society (SDS), they abandoned largely nonviolent protest tactics in favor of bombings that they hoped would upend American society. Onetime SDS president, the late Todd Gitlin reflected that the Weather Underground “wrecked SDS,” and that they “bear a heavy responsibility for having destroyed the New Left.” Gitlin described Weather Underground leader Bill Ayers as “one of a bunch of people who committed absolutely, I mean literally, incoherent and reckless acts in the name of nonsensical beliefs.”

That characterization might fairly be applied to Antifa and similar leftist rioters of today, whose penchant for anarchic lawlessness has exasperated not only their fellow (lawful) protesters, but more importantly the actual members of communities that those protestors purported to be advocating for.

Antifa and similar contemporary manifestations of the fringe Left draw upon this legacy of earlier radicalism. Indeed, as its very name implies, Antifa’s lineage dates back before the 1960s to the strident (yet often disingenuous and hypocritical) anti-fascism pursued by Western communists in the 1930s and 1940s.

The National Lawyers Guild has been present throughout, tying each of these eras together. Formed in the late 1930s as an association of left-of-center attorneys, communist members exercised significant influence over the guild from the start. The influence was so great that by 1940 its noncommunist liberal members—who favored political democracy and were closely aligned with the Roosevelt administration—were resigning en masse.

During this period the Communist Party USA was effectively controlled by the Soviet Union. Particularly while the Molotov-Ribbentrop non-aggression pact between the Soviet Union and Nazi Germany was in force, American communists often attacked capitalist democracies like Great Britain with equal or greater vigor than they attacked the fascist Nazi dictatorship. They also advocated for American neutrality in the war. After Nazi Germany invaded the Soviet Union in June 1941, however, their position abruptly flipped toward American interventionism. By October—prior to the bombing of Pearl Harbor—the National Lawyers Guild was urging the Roosevelt administration to provide “all out aid” to those nations battling the Axis powers.

A similar dynamic played out several years earlier in Germany. The commonly acknowledged ancestor of modern Antifa is Antifaschistische Aktion, a militant group formed and controlled by the Soviet-aligned Communist Party of Germany in 1932. Although they were no friends of the Nazis, German communists saw the dying Weimar Republic’s social democrats (whom they dishonestly termed “social fascists”) as the greater threat and deployed Antifaschistische Aktion against them. For the communists, this was ultimately—in many cases literally—a fatal error.

Fast-forward to the late 1960s—admittedly skipping over a historically noteworthy period in the Guild’s history—and a resurgent National Lawyers Guild had become the “legal arm” of the New Left movement. Most guild members adhered to lawful and nonviolent methods of supporting America’s radicals—the group’s Mass Defense and Legal Observer programs, which continue to this day, were developed during this period. But a handful became involved with extremist fringe groups like the Weather Underground.

The most noteworthy of these was Bernardine Dohrn, who became the National Lawyers Guild’s student organizer in 1967. She spoke at the guild’s February 1970 convention while simultaneously serving as one of the Weather Underground’s top leaders. In his 2015 book Days of Rage: America’s Radical Underground, the FBI, and the Forgotten Age of Revolutionary Violence, journalist Bryan Burrough writes that a relatively small group of radical lawyers—“almost all” of whom “belonged to the National Lawyers Guild”—were “by far the most important single source of money” for the Weathermen.

Modern Antifa-aligned groups have also been directly tied to this legacy. Mark Bray wrote in his 2017 book Antifa: The Anti-Fascist Handbook that the first organized Antifa-type group in the United States—the Minneapolis-based Anti-Racist Action—learned from former members of the John Brown Anti-Klan Committee, which was itself formed partly by ex-Weathermen and was closely linked to the May 19th Communist Organization, yet another violent Weather Underground offshoot.

Recent Growth at the Guild

According to its 2020 annual report, membership in the National Lawyers Guild remained relatively flat at fewer than 2,500 from 2005 to 2015. After 2015 it began to grow dramatically. In 2020 alone, 5,000 new members joined, bringing total membership to over 9,400. This roughly coincides with Antifa’s growth, suggesting similar influences may have been at play. Among the most prominent of these influences was likely the Trump administration, whose presidency the guild labeled “fascist.”

That same report noted that the Guild “coordinated legal support” for over 20,000 arrested protesters in 2020. Later, it sent a letter to the Biden administration calling for federal charges to be dropped against more than 350 arrestees. This would seem to reflect the objective of prominent guild attorney William Kunstler, who stated in 1975 that “the thing I’m most interested in is keeping people on the street who will forever alter the character of this society: the revolutionaries.”