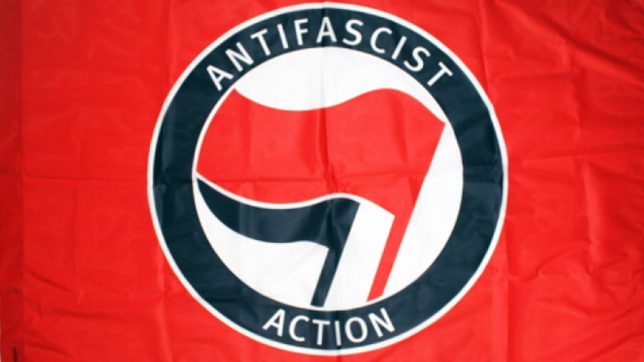 President Donald Trump clearly believes Antifa, a loose coalition of extreme and often violent leftists, is responsible for inciting some—he might even say “most”—of the recent rioting in cities across the nation. The entertainment media (a more accurate phrase than “mainstream media”) has fixated on whether the president can follow through on his desire to designate Antifa as domestic terrorists.

Unquestionably, some Americans of bad faith want to see only looting and burning and ignore the peaceful demonstrators’ legitimate painful message about the killing of George Floyd. And President Trump is loudly sending the opposite message by going hard at Antifa. As U.S. Attorney General William Barr said on Tuesday, “The voices of peaceful and legitimate protests have been hijacked by violent radical elements.”

The Legacy of the Weatherman

We have been here before. Beginning in 1969, following many years of large (and largely peaceful) demonstrations against the Vietnam War, a new player split away from the farthest fringes of Students for a Democratic Society (SDS) on the antiwar left: the Weatherman movement. Rather than seeking a change in American policy, the Weathermen wanted nothing less than the overthrow of America. Rather than peacefully protest, they set off bombs targeting police, military service personnel, and government buildings. In the beginning (though some Weather leaders refuse to admit it publicly) the Weathermen were clearly trying to kill people, and early on they succeeded in injuring police officers.

It started with the Days of Rage, an October 1969 riot in Chicago instigated by the Weathermen that left one city attorney a quadriplegic. The whole idea of starting this riot and then going to war with the U.S. government was so outlandish that emissaries of Fidel Castro’s Cuban communist state tried to warn the Weathermen off and into peaceful protest.

Weatherman didn’t listen. Then as now this damages the reputations of peaceful demonstrators who were often forced to answer for the violence.

“They bear a heavy responsibility for having destroyed the New Left, which was the most promising left development in 50 years in America,” said leftist former SDS leader and otherwise peaceful antiwar protester Todd Gitlin of the Weathermen. Prefiguring President Trump and Antifa, Gitlin in 2008 denounced the Weathermen as “failed terrorists.”

CNN seemed to be saying something similar of Antifa in August 2017. In an analysis titled “Unmasking the Leftist Antifa Movement,” CNN credited Antifa with being at the scene of many violent street disturbances and said the group was often classified as “hard left” and opposed to capitalism and stated that “their methods are often violent.”

One could be forgiven for thinking the use of violence to attain a political goal should be defined as “terrorism.” But then this week President Trump started saying it out loud. So naturally, in a Monday rewrite of the script CNN redlined the “violence” stuff entirely and instead defined Antifa as “a broad, decentralized group of people with liberal-leaning beliefs that do not conform with the traditional Democratic Party platform.”

Stupid Trump: These aren’t the terrorists you’re looking for.

Well, somebody is acting like terrorists in our cities, and as with the Weathermen, they’re ruining the legitimate (and entirely understandable) peaceful protests against the killing of George Floyd.

Their name is supposed to mean “anti-fascist,” and all fair-minded Americans are resolutely opposed to fascists. We literally joined in a very reluctant alliance with the Soviet Empire and mass murderer Joseph Stalin to oppose fascism. This is not a debatable point.

But the indiscriminate street violence and window smashing by the so-called “antifa” against businesses, private citizens, and law enforcement are not opposing fascism. They are in fact replicating the precise tactics that fascists have historically used to seize power. This is fascist terrorism masquerading as anti-fascism.

Peaceful demonstrations are happening all over America right now, and Antifa is burying that message in a blizzard of mindless destruction. Calling it terrorism may not fit the entertainment media’s agenda, but the rest of us shouldn’t be afraid to call it what it is.

Note: Comprehensive profiles of the Weather Underground and Antifa terrorists are available at InfluenceWatch.