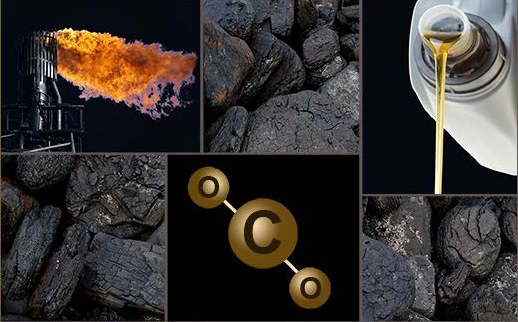 Senate Democrats are considering a tax on carbon as part of their multi-trillion-dollar spending package. Two holdouts, Sen. Joe Manchin (D-WV) and Sen. Jon Tester (D-MT), have announced their opposition to the tax. So far, the Biden administration is mum on supporting the measure, stating only that it isn’t “taking any options on or off the table.”

The idea is simple: If you want less carbon dioxide (CO2), tax it until it goes away. In reality, taxing CO2 is the fastest way to impoverish every family in America in the name of “climate progress,” with virtually no gains to show for it.

CO2 is a byproduct of burning coal, wood, oil, and natural gas. It’s also plentiful in the air we exhale. A carbon tax would likely target emissions for manufacturing, trucking, and industry, creating a ripple effect as skyrocketing costs are passed down to consumers—jacking up the price of countless goods from milk to gasoline to household utility bills.

If politicians and bureaucrats were completely honest, they’d call it a master tax since it creates a tax on virtually everything. A more expansive version could tax the emissions from your car, stove, water heater, etc. The possibilities are endless because every part of our lives depends on CO2-emitting energy.

Sens. Bernie Sanders (I-VT) and Barbara Boxer (D-CA) introduced such a measure in 2013. Their plan would eliminate an estimated 400,000 jobs in just three years, cost the average household $1,000 per year in added expenses, and raise electricity prices by 20 percent. The U.S. Energy Information Administration believes that a carbon tax could create a $1 trillion hit to the economy.

So what about the climate?

If the U.S. went further than a carbon tax to cut all carbon emissions to zero, it would still lower global temperatures by only a scant 0.2 degrees Celsius by 2100.

Despite this dreary outlook, a number of self-identified conservative groups are backing carbon tax proposals. We call them the eco-Right, and they’re trying to undermine the conservative movement by recasting left-wing environmentalism as “free market.”

One such group is the Climate Leadership Council and its associated lobbying arm, Americans for Carbon Dividends. They propose taxing industrial CO2 emissions and using the revenues to pay off every American family with an annual dividend—a good deal until families realize that the dividend won’t cover the soaring costs created by the tax.

The groups’ founder, the late Ted Halstead, was a center-left environmentalist whose other think tank is staffed by ex-Obama administration alumni. All three groups are funded by left-wing foundations. But the council markets itself to gullible conservatives in Washington with a handful of respected Republican Party elders and a host of Big Oil and Big Gas companies affirming their devotion to the planet over profits.

Imagine our surprise when one council founder, ExxonMobil, was recently unmasked by a Greenpeace activist revealing that ExxonMobil’s support for a carbon tax was based on the belief that Congress would never enact it.

Quoth ExxonMobil’s top lobbyist: A carbon tax is “an easy talking point” that “is not going to happen.”

(The Climate Leadership Council quickly dropped ExxonMobil and then in Stalinist fashion scrubbed the company from its founding members page as if it had never been there.)

Home heating bills are expected to rise by 54 percent this winter, gasoline prices are at a seven-year high, and natural gas prices are quickly rising as “green” Europe buys up as much gas as possible before winter arrives. So why would any sensible person propose raising household costs now?

If cynical Beltway insiders don’t believe a carbon tax will pass, we shouldn’t either. But that doesn’t mean folks in the Swamp shouldn’t be reminded on a regular basis.