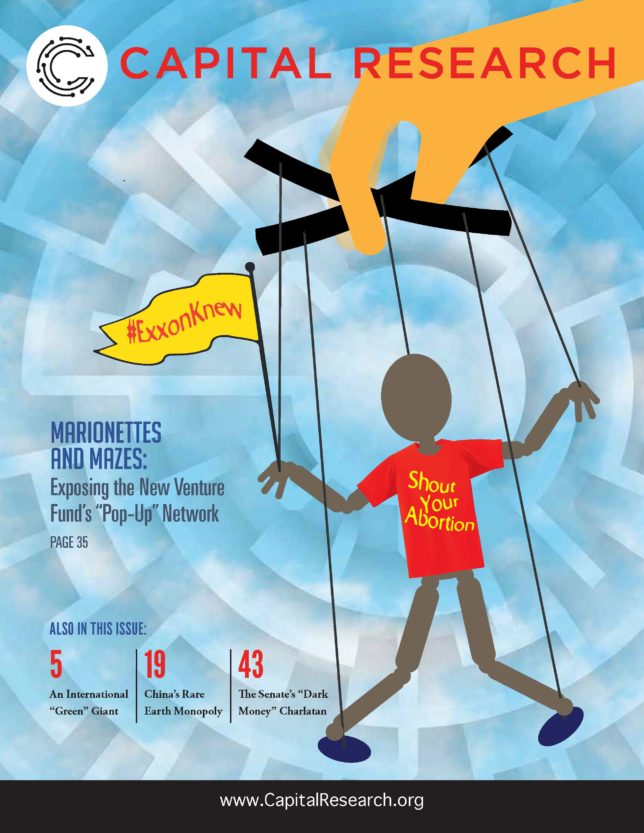 We are proud to announce that Issue 4 of Capital Research Magazine is now available.

Can the United States compete with China’s rare earth mineral superiority? Environmental regulations have put America behind the Chinese in rare earth production, even as we become more dependent on these overlooked resources. Ned Mamula explains the economic and environmental complexities that might come to play in the trade war with China in Green Watch.

In Foundation Watch, Hayden Ludwig and Kevin Mooney explore the offshore influence of the Oak Foundation. This “green giant” funds climate-oriented litigation in the United States, even though the foundation is based in Switzerland.

Ken Braun reports on the dealings of Senator Sheldon Whitehouse (D-RI). The outspoken senator never misses a chance to bash climate skeptics and is famous for smearing groups for using so-called “dark money” to do it. The only problem is that Sen. Whitehouse has is own sources of “dark money.”

Articles in this issue: